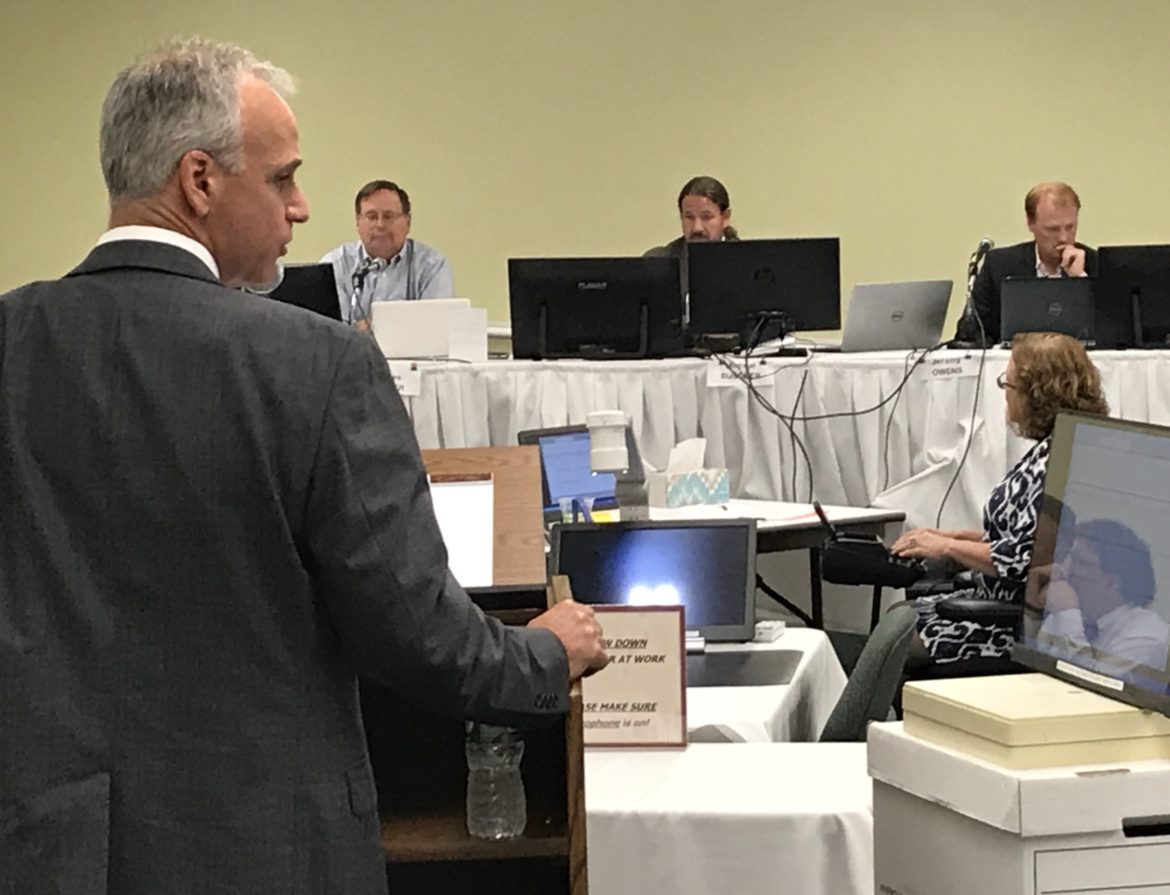 The landscape architectural firm hired by the Counsel of the Public faulted how Eversource’s visual impact expert developed the data base for scenic resources in view of the $1.6 billion transmission project to bring Hydro-Quebec electricity to New England.

Terrence J. DeWan and Associates of Yarmouth, Maine, found the project would have little to no impact on scenic resources in the state, but T.J. Boyle Associates of Burlington, Vt., found the other company had downplayed the project’s impact and questioned the method it used to determine properties that would be visually impacted.

Of the 525 scenic resources identified within three miles of the route, none suffered high visual impacts, according to the DeWan report.

“We found significant errors in the applicants’ approach to identifying scenic resources, which in itself, renders the NPT (visual impact assessment) unreliable for decision-making,” according to the Boyle report. “In addition, our independent review of a selection of scenic resources found the visual impacts to be much greater than DeWan & Associates recognized; many were clearly unreasonable.”

Project developer Eversource’s lead attorney Barry Needleman used examples of more than 7,000 scenic resources initially identified by the Boyle group, noting many of the resources were businesses more than eight miles from the route and would be eliminated quickly from consideration.

He showed a picture of FunSpot in Weirs Beach.

He said FunSpot was a component of the database his company developed of potential scenic resource sites. “We did not do an evaluation of scenic resources,” Buscher said. “We are providing an example of an appropriate way to identify scenic resources.”
He noted they did not visit all 7,000 sites to make an assessment.

Needleman noted many of the resources in their report were duplicates and some appeared multiple times, including the Pemigewasset River.

But James Palmer said the duplication includes brooks feeding into the river or recreation or conservation areas along the river.

He noted there was a great deal of duplication in DeWan’s report, including listing the Pemigewasset River in each community it goes through.

Needleman said to be a scenic resource the public needs to have access and showed a number of sites listed on Boyle’s data base that prohibits the public, including public drinking water facilities.

Did you conduct a site-by-site assessment to determine if these parcels are physically accessible? Needleman asked.

Buscher said they did not visit the sites to determine whether they were publicly accessible.

Needleman also questioned why Boyle included information people provided at workshops and public hearings in the data base for scenic resources.

“Do professionals in your field go about identifying scenic resources in this way at the local level or look to towns to identify them?” Needleman asked.

Buscher said Vermont does not look at scenic resources specifically, but looks at the overall visibility of a project and he noted likewise New Hampshire has a very broad definition of what constitutes scenic resources.

Needleman also explored the discrepancies between the work Boyle did for the Counsel for the Public and work for the U.S. Department of Energy for its Environmental Impact Study of the project.

Boyle did work for both the DOE’s draft and final report by DOE, but Palmer noted they did not write the reports, were able to check the information they presented for the draft report, but not the final one.

Needleman said the company found little visual impact from the project, according to EIS figures, but Palmer said those figures were for a smaller impact area, while a larger areas showed greater impact.

“How did you reach such different conclusions?” Needleman asked.

Buscher said the company was specifically directed by the DOE “to hold back from looking at specific sites and specific details. “There is a correlation, but we were doing different work and looking at different questions,” he said.

But Needleman said yet the company did a significant amount of work for the DOE including visiting all 120 locations where the overhead lines cross public roads, and Buscher agreed.

Earlier in the day, Needleman repeatedly objected to questions to the aesthetic panel by attorney Darren Connor, representing Counsel for the Public, asking the panel to assess the quality of work done by DeWan’s company.

Needleman said the issues should have have been addressed in supplemental filings or through other means and not through direct questioning.

He sited a ruling in the Antrim wind farm case and said the questioning is in violation of Site Evaluation Committee statutes and procedures as well as Eversource’s due process rights.

By permitting oral rebuttal testimony, Needleman said, he does not have time to prepare for its cross-examination, and instead has to respond “in short order.”

But attorney Tom Pappas, representing the Counsel for the Public, told committee chair Martin Honigberg, as the presiding officer, he has the authority to set the ground rules.

Direct questioning is the counsel’s only opportunity — given that the two sides filed written testimony at the same time — to rebut new information in the filings or in testimony before the committee. Otherwise there is no opportunity and that raises concerns about its due process rights.

Honigberg did not make a new ruling on the issue.

If it receives all its permits, project officials said earlier, construction could begin in April.