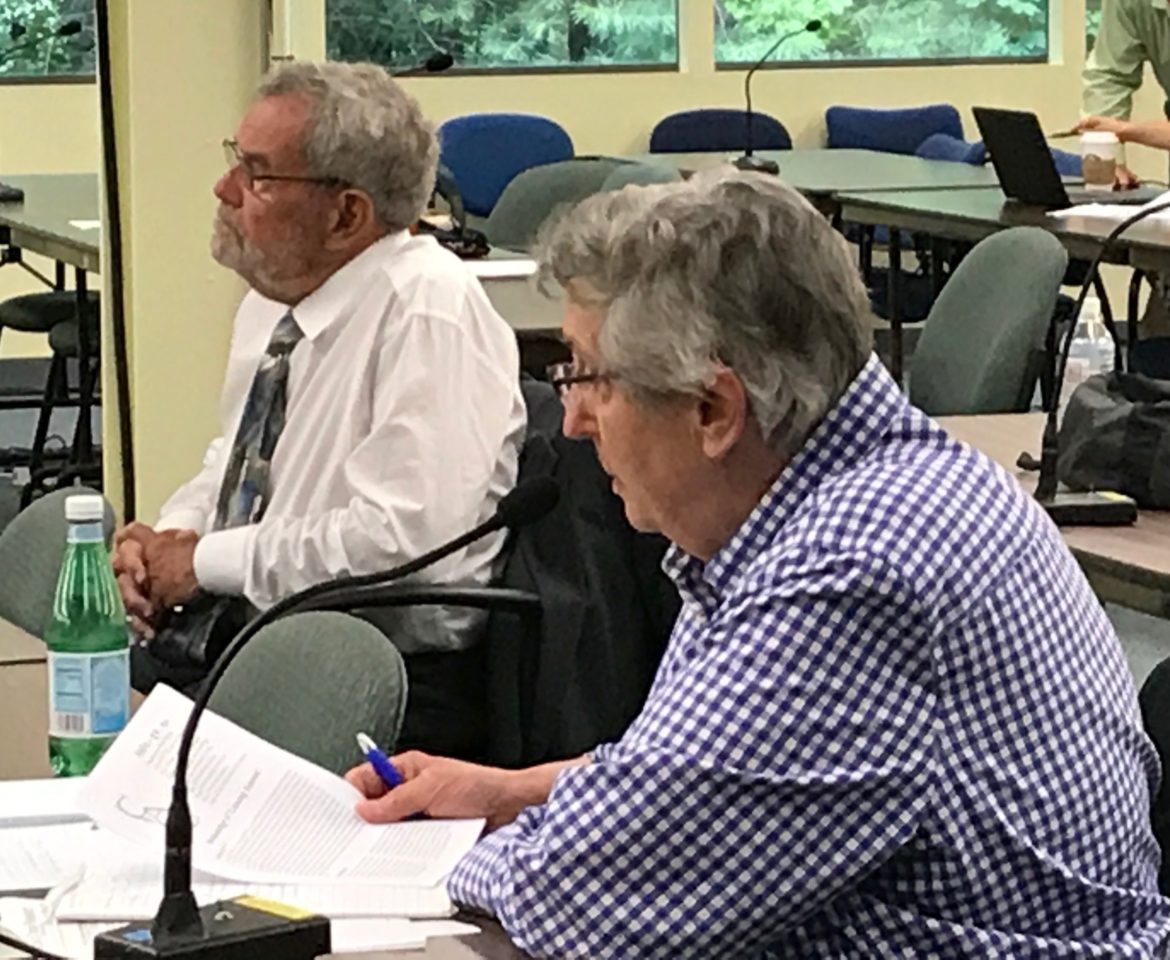 Susan Schibanoff of Easton questions tourism expert Mitch Nichols at adjudicative hearing on the Northern Pass Transmission project before the Site Evaluation Committee Wednesday. Attorney Arthur Cunningham of Hopkinton is on the left.