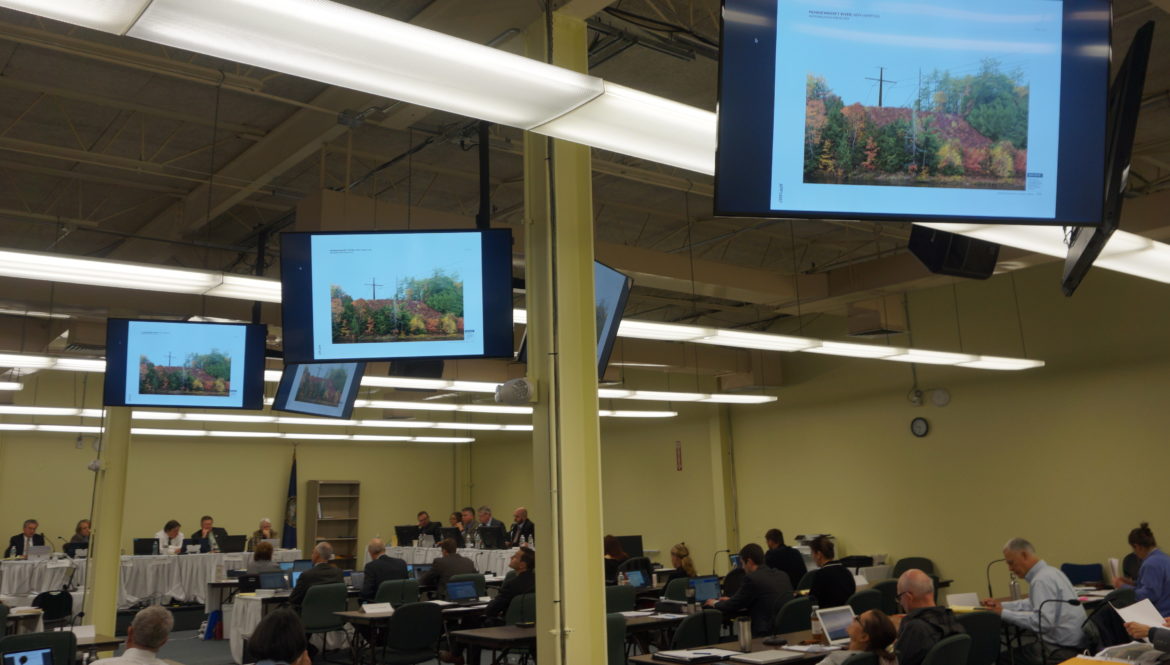 The lease, which Yale University publicly addressed on Tuesday after months of silence, has become an issue with the SEC after member Patricia Weathersby asked Northern Pass to provide a copy on June 2. Hearings are currently underway in Concord before the SEC to determine whether it will approve Northern Pass’ application to build a 192-mile high-voltage transmission line from Pittsburg to Deerfield.

“The applicants have a privacy interest in protecting the confidential commercial and financial business information that underlies the terms and conditions of the lease, including the payment structure between RPI and Bayroot,” Getz wrote.

“Disclosure of this information will not provide the public with information that is necessary or beneficial, may negatively affect the applicants, and may unnecessarily subject Bayroot and its affiliates to other adverse business impacts,” Getz wrote.

RPI stands for Renewable Properties Inc., a company that was formed to buy property for Northern Pass, which plans to import 1,090 megawatts of electricity from Hydro-Quebec through New Hampshire to New England.

The Forest Society’s Will Abbott is against keeping the lease confidential, and he also spoke out against confidentiality for Northern Pass expert Julia Frayer’s testimony.

“I don’t think the Bayroot lease should be confidential, at least not the price that Hydro-Quebec/Northern Pass will be paying for it and the conditions of the lease as they relate to other energy development.  Like upgrading the Coos Loop, or building new wind farms on Bayroot land,” Abbott said.

There is no reason why the Frayer work should not be completely public, he said. “For heavens sake, this is the only evidence Northern Pass has submitted that purportedly documents a public benefit to New England and New Hampshire electricity consumers.

“If Northern Pass is such a good deal for consumers, how come Northern Pass cannot let the sun shine on the entire — and only —-document they’ve submitted to back up this claim?” Abbott asked.

Attorney Getz wrote that records are confidential under the state’s right-to-know law if they fit the exemption RSA 91A:5 that “applies to ‘confidential, commercial, or financial information . . . and other files whose disclosure would constitute invasion of privacy.’”

Among other things, part of the lease sets forth the initial lease term payments and additional payments based on other contingencies, Getz wrote.

“The SEC has routinely recognized that confidential treatment should be granted to competitively sensitive or proprietary information under the 91-A:5 exemption for ‘confidential, commercial, or financial information,’” Getz wrote.

“To the extent that there is a public interest in further disclosure of this proprietary business information, it is not significant enough to outweigh the interest in protecting competitively sensitive commercial and financial information,” Getz wrote.

On Tuesday, Yale University wrote about the Bayroot LLC lease deal in its newsletter YaleNews saying “institutional investors such as Yale typically invest with managers through partnership arrangements that limit the investors’ ability to control decisions from both a legal and best practices perspective.”

Wagner Forest Management manages the property and “did not have the ability to terminate the option to renew under the terms of the lease,” Yale’s statement said, adding Northern Pass has extended the lease to 2110.

Critics have been trying to get a meeting with Yale for several months to ask that the lease be ended in hopes of stopping the project.

Getz said the applicants tried to reach other parties involved in the SEC hearings on June 19 to see if they agreed with the confidentiality motion.

The Deerfield Abutters, Non-Abutters Stark to Bethlehem, Municipal Group 2, and the Whitefield-Bethlehem Abutters oppose the motion, he said, while the cities of Berlin and Franklin do not object. The applicants were unsuccessful in reaching any of the other parties, he wrote.