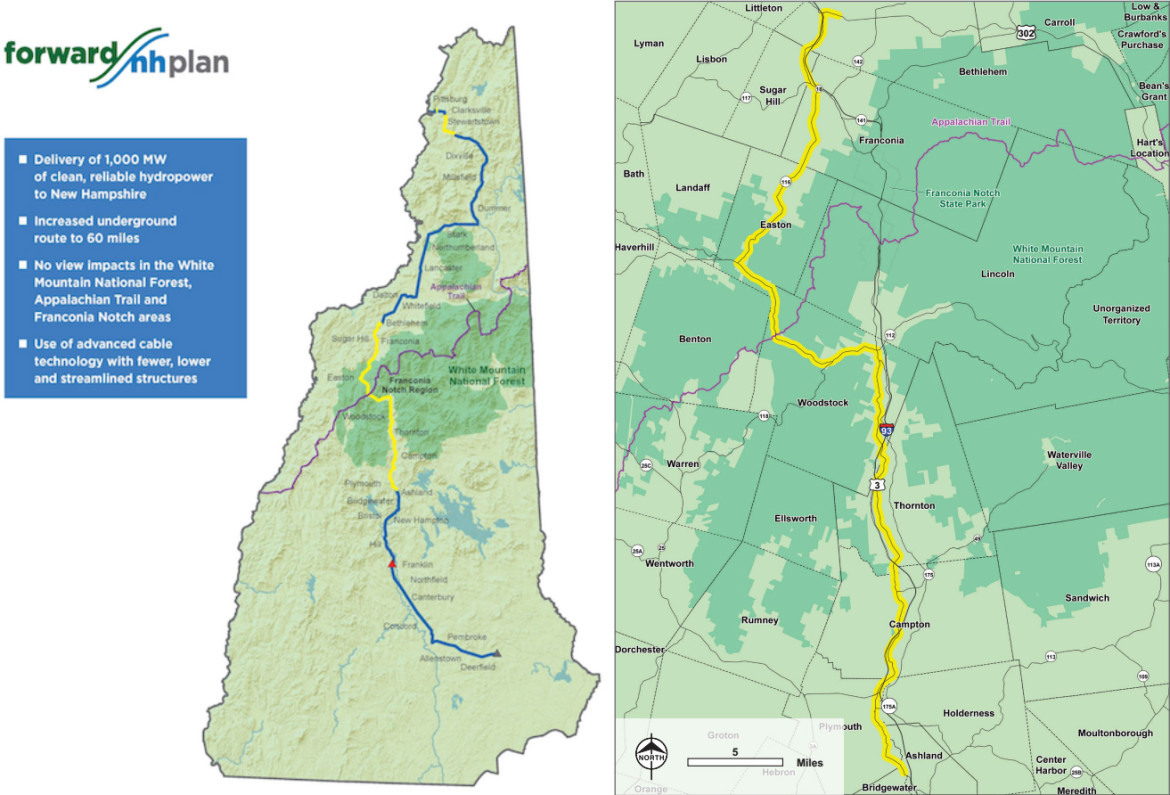 The U.S. Environmental Protection Agency says burying an additional 40 miles of Northern Pass transmission line in its most northern segment would be less damaging to wetlands and wildlife than as currently proposed and “appears practicable.”

“The additional 40 miles of burial provided in the northern segment of the route adjacent to existing roadways would reduce direct and secondary impacts to many streams,” wrote Jacqueline LeClair, chief of EPA’s wetlands protection unit Region 1.

The letter provides comments on Northern Pass’ proposal to fill 2.53 acres of wetlands and cause temporary and secondary impacts to 320 acres of wetland to build the 192-mile high-voltage transmission line from Pittsburg to Deerfield. Northern Pass, partnering with Eversource Energy, proposes bringing 1,090 megawatts of Hydro-Quebec electricity through New Hampshire to the New England grid.

“Based on the information presented to date the hybrid alternative is less damaging to the aquatic environment than the (current plan) and appears practicable,” LeClair said.

LeClair provided the analysis done by the Department of Energy that compared the hybrid alternative to the Northern Pass plan with its 132 miles of overhead line and 60 miles buried underground. Fifty-two of the buried miles as currently proposed would run from Bethlehem to Bridgewater.

The hybrid alternative would mean a total of 100 miles of the project would be underground and cost $1.5 billion, slightly more than the $1.37 billion to construct Northern Pass as proposed, LeClair said.

Coos County Commissioner Rick Samson of District 3 said, “I think it’s interesting, but they are referencing the wetlands and I think they are way underestimating the wetlands.”

Still, he said it sounds promising.

“If they are thinking of using the roadways for those 40 miles, that is going to dramatically decrease the amount of wetlands that would be impacted. That would be a very good step in the right direction,” Samson said.

Spokespeople for Northern Pass did not respond to an email request for comment.

There would be secondary wetland impacts of about 182 acres associated with cutting forested wetlands and to the 100-foot buffer of over 40 vernal pools as the project is currently routed.

“‘We believe the general information provided supports additional analysis of this alternative in the 404 process as you work to determine the least environmentally damaging practicable alternative,” LeClair wrote.

LeClair said the EPA remains willing to work closely with Northern Pass and the Corps of Engineers “regarding project alternatives, impact minimization and mitigation throughout the balance of the design and permitting process for the project.”