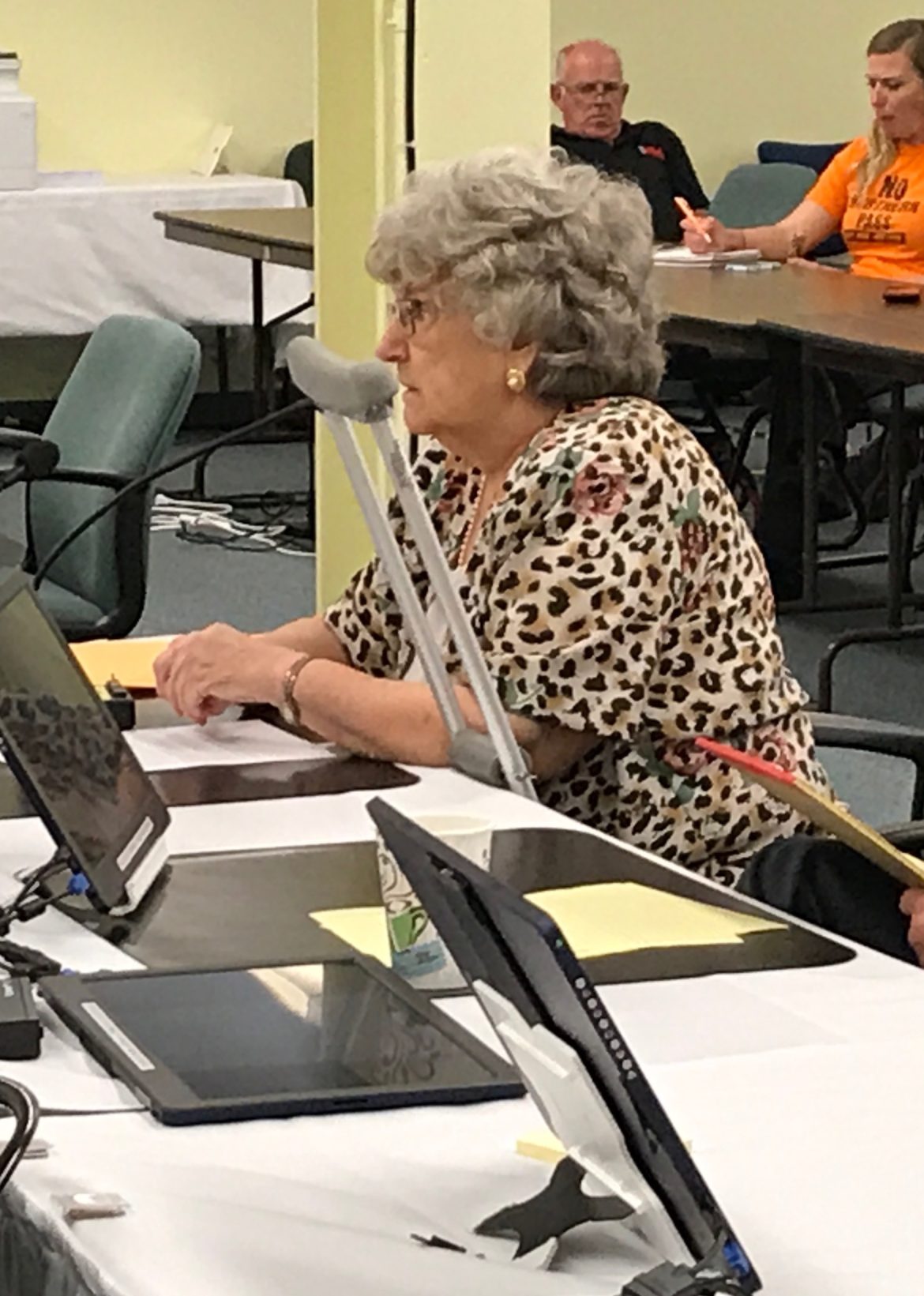 But others described the controversial transmission project as essential for lower-cost, reliable electricity saving large users millions of dollars. And they said it would help offset global warming and provide opportunities for union workers to find work near their homes instead of traveling to other states.

Opponents outnumbered supporters among the 30 or so speakers, but not by the 10-to-one ratio in 1,300 plus written comments submitted to the committee.

Thomas Moulis of Ashland asked people to remember the state’s motto on license plates years ago. “Scenic” was great advertising, he said, and brought millions of visitors and dollars to New Hampshire making it very prosperous.

“You want to jeopardize this for $18 a year?” Moulis asked, referring to the proposed average savings for someone using 300 kilowatts of electricity a month. “It said scenic because we meant it. We should not give up on something God has given us.”

Tom Mullen of Campton, one of the former owners of Owl’s Nest Resort, said Northern Pass radically changed his and his family’s life. 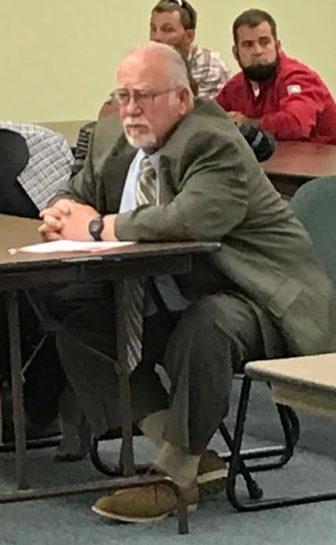 He told the SEC that the Owl’s Nest was a very successful development of resort homes and condominiums around a golf course until 2010 when the Northern Pass project was announced. The proposed route went directly through his property on the existing right-of-way, he said.

Four years later, the banks foreclosed on the property, and he and his family lost all they invested in the project to keep it going, Mullen said.

“There was no value left to our property. We could not sell anything to anyone for any price,” Mullen said. “This is a bad deal for New Hampshire.”

Mullen and his partner sued Eversource, but the superior court dismissed the suit and the ruling was upheld by the state Supreme Court.

A real estate business owner, Ken Mosedale of Franconia told a similar story about land he owns along Route 116 where the transmission line will be buried.

The burial work will cut trees that act as a buffer along one lot of his development meaning no one will every buy it, he said.

Instead of looking at the mountains and hearing songbirds, Mosedale said, anyone buying the lot would look at lots of traffic and hear lots of noise.

He and several others testifying Thursday suggested the line be buried along Interstate 93.

But Glenn Della-Monica of Hudson said all power generating facilities are ugly including solar panels and wind farms. “Everyone loves them until someone wants to put one up next to you,” he said.

Della-Monica noted that several people complained the jobs created by Northern Pass would be temporary, but he said temporary jobs built the building they are in and your house. Those temporary jobs are called the construction industry, he noted.

“We need power and Northern Pass is sufficiently a greater good that offsets the negatives,” he said.

Different businesses in her organization have one thing in common, she said, concern over the cost and stable supply of energy. Large users such as BAE and Southern New Hampshire Medical Center spend millions of dollars a year on electricity.

“We need to increase the supply to help drive down the costs for our businesses,” Hatch said.

Several trade union members told the committee they have to travel out of state to work because there are few opportunities in New Hampshire. Anastasia Park of Lee is an iron worker who said she constantly travels to Massachusetts to work.

She said construction jobs are the backbone of the economy and those jobs are not flocking to New Hampshire because high electric rates are driving business away.

“You are losing a young, highly educated and skilled workforce yes to Massachusetts,” Lee told the committee. “Everyone is talking about the past, but we are losing our future.”

Edward Jeffrey, president of NH Central Railroad, who lives in North Stratford, said the North Country is losing its tax base as more and more people put land into conservation easements or sell it.

He said the project would bring much needed property taxes to North Country communities and to Coos County. “This will help,” Jeffrey said.

Deerfield resident Harriet Cady said many town boards and officials have spoken out illegally against the project. She said numerous court decisions forbid the use of taxpayer dollars to take political action when the citizens may not agree with the stand.

“I ask the Site (Evaluation) Committee to recognize many citizens who want the clean hydro power in order to help reduce electric rates, to provide industry a reason to come to New Hampshire and more importantly to replace the power that will be lost when Bow closes and Seabrook’s life ends in just a few years,” she said.

But others said the project’s developer is willing to sacrifice the state’s beauty and environment for the company’s bottom line.

Combat veteran and school teacher Eric Northern of Bristol said he returned home to build a cabin off the grid on 34 acres of land he farms.

He said he has serious concerns about the project and its impact on his daily life as the transmission towers will be the first thing he sees every morning when he leaves and when he returns home at night.

“I encourage you to view this in its historical context,” he said to the committee. “Show future generations how much we care for them and not with quarterly earnings.”

Barbara Lucas of Bridgewater said the transmission towers do not belong in New Hampshire but in industrial zones where they will use the electricity.

The third public comment hearing will be held July 20 from 9 a.m. to noon at 49 Donovan St. in Concord.

Adjudicatory hearings continue Friday with testimony from a panel of environmental scientists hired by Eversource to work on the project.