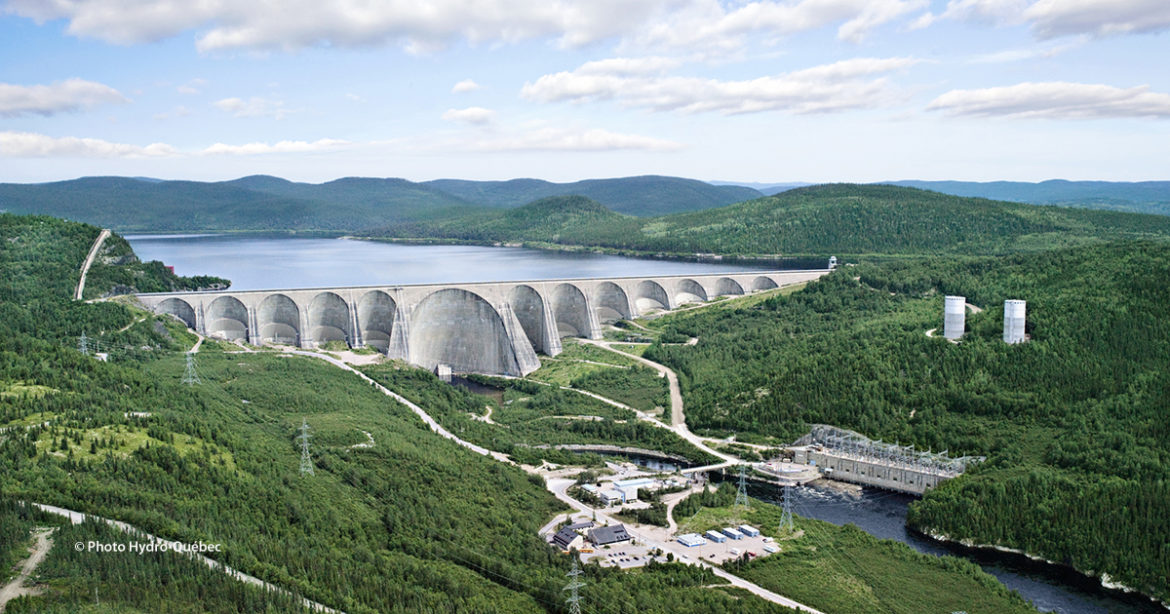 The race is on to bring clean, renewable energy to the Northeast and Hydro-Quebec holds the biggest reservoir of electricity.

By its own admission, Hydro-Quebec has 3,000 megawatts of excess electricity the provincial-owned or Crown company wants to export to the Northeast.

The utility sees an opportunity to double its sales to the region by 2030 with the growing demand for clean, renewable energy and the need to replace an ISO-New England estimated 15,000 megawatts of power due to fossil fuel and nuclear plant shut downs in the next decade.

Hydro-Quebec is partnering with Connecticut-based Eversource on the controversial $1.6 billion Northern Pass project to provide 1,090 megawatts of electricity to the New England grid.

The high-voltage transmission line would run 192 miles from the Canadian border to Deerfield with about 60 miles buried, mostly through the White Mountains down to Bridgewater.

Hydro-Quebec is also exploring other opportunities, according to published interviews with company officials that include the feasibility of building transmission lines to connect with the New England Clean Power Link project and studying the feasibility of connecting to the Maine power grid.

TDI has all the needed permits for the Champlain Hudson Power Express and expects to begin construction next year. The project is a 333-mile, underground 1,000 megawatts transmission line from the Canadian border to New York City.

Both projects are privately financed, according to the company, and are not tied to one power supplier as is Northern Pass, but the developers say they seek to import hydro power or other clean energy possibly from two new hydro projects in the Maritime provinces to the New England and New York grids.

Northern Pass, which was first unveiled in 2010, is currently before the state Site Evaluation Committee which is expected to make a final decision by the end of September. The Department of Energy is expected to issue its Environmental Impact Statement in August, which would essentially be the federal decision on the project.

Northern Pass spokesman Martin Murray said the project also needs a special use permit to go through the White Mountains, noting that will be part of the federal process.

But he noted, Northern Pass is the only proposed transmission line connecting hydro power from Quebec to the New England grid with a supplier agreement.

In a recent interview with Bloomberg, Hydro-Quebec Chief Executive Officer Eric Martel said the three projects would allow the utility to boost exports by about 3,000 megawatts. “Those three projects are the same size, about 1,000 megawatts of power each, and we could participate in all three,” Martel said. “We would be comfortable doing that if we got a long-term commitment.”

Currently, most of Hydro-Quebec electricity is sold in the Northeast on the spot market, but Martel said the utility seeks more stable, long-term contracts.

Northern Pass and Hydro-Quebec are bidding to supply some of the 1,600 megawatts of clean energy sought for the Massachusetts Clean Energy Project.

Another bidder is National Grid which proposes using existing transmission line right-of-ways through Vermont and New Hampshire to supply hydro power for the project.

However, the line through Vermont sparked heated debate 20 years ago and conservation officials believe the new plan would reopen the debate.

The National Grid proposal would require expanding the right-of-way about 150 feet to accommodate the new high-voltage transmission line and state and conservation officials say extensive public input will be needed for approval.

The New Hampshire portion of the existing right-of-way does not have similar issues with the new line.

Another avenue for clean renewable energy recently opened to the Northeast electric market.

Transmission lines for the Maritime projects recently connected the facilities in Newfoundland and Labrador to the Nova Scotia grid.

The Nova Scotia grid connects to the North American grid.