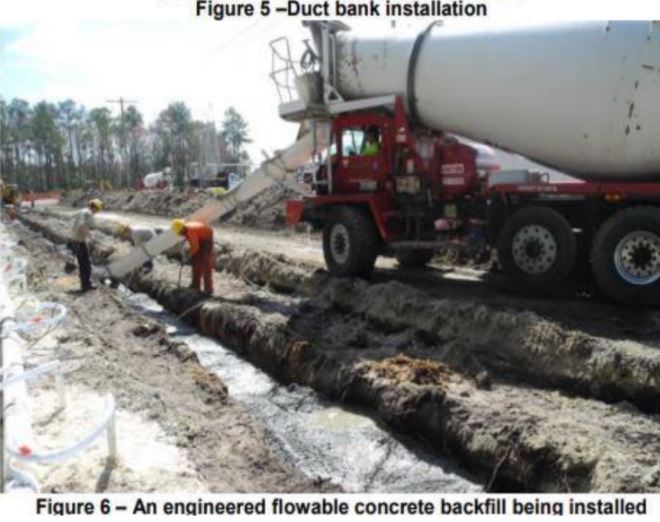 Grafton County Attorney Lara Saffo showed photos of the type of construction equipment used to bury high-voltage cables similar to what Northern Pass is planning for portions of the 192-mile route for Northern Pass to run from Pittsburg to Deerfield. Saffo showed the construction photos and impact on local properties in Grafton County if the Site Evaluation Committee approves the plan.

Sign up for IndepthNH.org’s free email Friday wrapup of news that matters in NH.

Grafton County Attorney Lara Saffo made her points about the impact on homeowners and businesses of burying 52 miles of Northern Pass cable from Bethlehem to Bridgewater by showing photos of various properties and the massive equipment it would take during construction.

They were intervenor Susan Schibanoff’s photos. She also showcased them.

Saffo also questioned whether property owners should trust Northern Pass after the project first told them the cables would be buried under the roadway and didn’t correct that information when it changed. Altogether 60 of the 192 mile high-voltage lines from Pittsburg to Deerfield would be buried; the rest would be overhead.

After the project objected to her original question about trusting Northern Pass, Saffo asked it as a hypothetical.

What should a landowner do if Northern Pass first said the cable would be buried under the road, then learned it wasn’t going under road, but in the existing right of way, but didn’t tell the landowner. “Do you think that landowner should trust them?” Saffo asked.

Varney said he didn’t know the context of the conversation or whether there had been any misunderstanding.

“… I can simply state that it is my understanding that the applicant has put a high priority on working with abutting property owners to ensure this project is carried out successfully,” Varney said, adding the project has a program to reach out to landowners.

Varney, who is now president of Normandeau Associates of Bedford, is the former regional director of the EPA, previously served as commissioner of the state Department of Environmental Services and was formerly chairman of the Site Evaluation Committee. 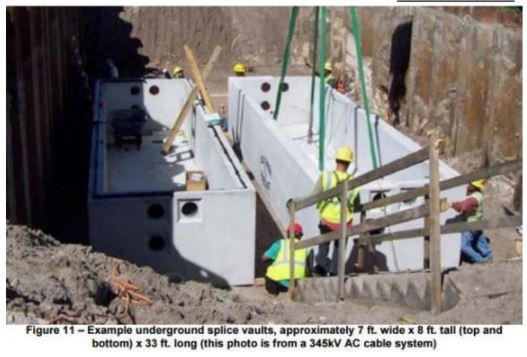 Example of underground splice vault that would be needed to bury Northern Pass cable along 52 miles in Grafton County. Lara Saffo said three have been identified so far along Route 116, but more will be needed. (See photos below)

He will continue testifying on Monday as Northern Pass continues presenting its case with intervenors trying to poke holes in their prefiled testimony through cross-examination, which is how the adjudicative process works.

Burying the cables along the 52 miles would also seriously disrupt commuters, especially along the 11-mile stretch of Route 116 where there is
no way around, Saffo said. 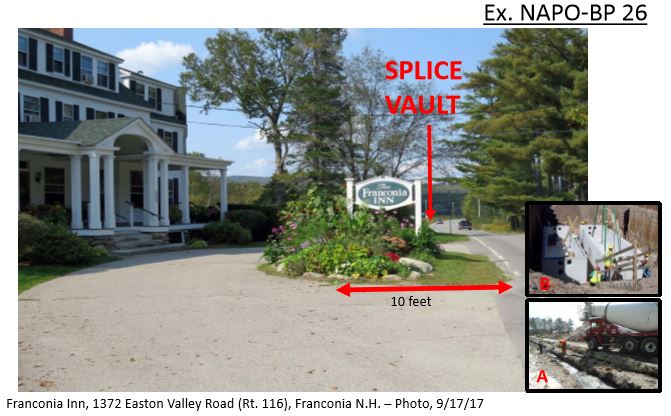 But Varney said there would always be one lane open during construction.

“The project is trying to minimize traffic impacts and they will work to make sure there is no unreasonable effect on local traffic,” Varney said.

Saffo asked Varney about the time needed for construction saying it would take 1,161 days just to do the trenching alongside the roads. 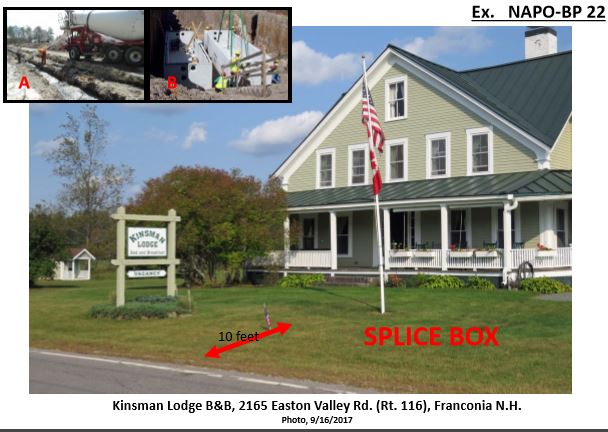 Saffo also questioned Varney, whose expertise in this round of questioning is orderly development, about Northern Pass tourism expert Mitch Nichols’ testimony about the impact to New Hampshire as a whole.

Saffo: “So if Polly’s Pancake Parlor loses customers, it’s OK because they’ll go to a different restaurant in New Hampshire?”

Varney: “I believe he considered there could be some temporary impact, but overall there would not be a broad adverse effect on tourism.”

Saffo: “He didn’t say on tourism in Franconia. He said tourism in New Hampshire.”

Saffo: “You keep telling us over and over again, ‘don’t worry Northern Pass is going to come up with a traffic control plan’ and you’ve included that as part of your analysis…” 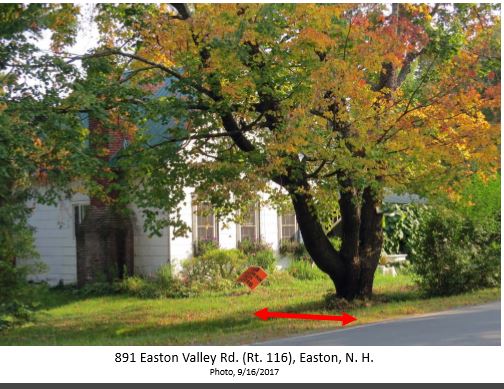 Varney said: “…There will be orderly development because we’re going to come up with these traffic control plans.”

Saffo said there are three known splice vaults so far planned along Route 116 and each one is in front of an area business. She noted where the splice vaults would be located with inlays of the construction equipment needed to build them. 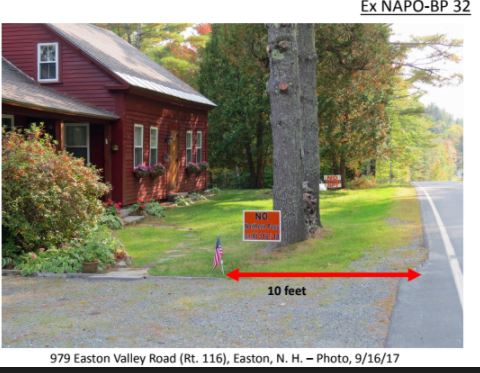 They include in front of the Franconia Inn in Franconia, the Kinsman Lodge in Easton and the Tamarack Tennis Camp, also in Easton.  She also included photos of private property.

Concord’s Deputy City Solicitor Danielle Pacik questioned Varney about the weight he gave to municipal testimony, an issue raised Thursday by attorney Steven Whitley for the municipal groups he represents.

Varney said he had reviewed all of the municipal input and Pacik quizzed him on his previous testimony.

Pacik: “…you start by saying as the intervenors who expressed concerns did not provide information to support their claims, we explored these issues further.”

Pacik: “In terms of the statement the intervenors did not provide information to support their claims, are you aware of all of the information the city of Concord has submitted in their prefiled testimony?”

Pacik: “Your position is that none of that information was helpful at all to support their claim of land use impact? Is that correct?”

Varney: “That’s not what I said. That’s not correct.”

Pacik: “You actually say they don’t provide information to support their claims. There’s just no information.”

Varney: “To support the fact that the project would be detrimental to future economic growth and development and provide a factual basis for why that statement is true. I did not see a substantive submission that demonstrated that in the body of information you just referred to.”

Pacik asked Varney if he was clarifying to say he wasn’t talking about impacts and concerns for land use, but rather to potential future economic development.

Varney: “That and again the question is both that and substantive information that locating a transmission project within an existing corridor is incompatible with existing land use and inconsistent with master plans and zoning.”