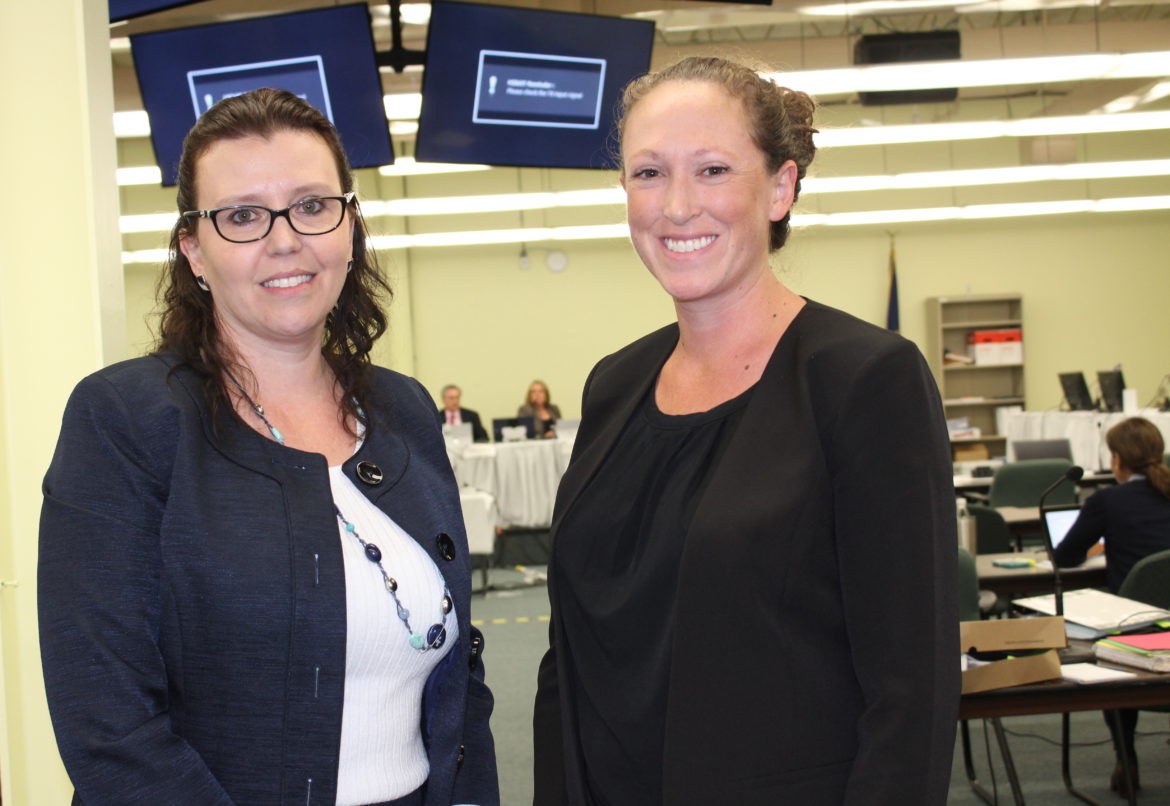 CONCORD – Hard times keep getting harder in Franklin – so tough in fact, that the prospect of hosting a Northern Pass converter terminal provides a much-needed ray of hope, former city manager Elizabeth A. Dragon told the Site Evaluation Committee on Thursday.

The terminal will convert electricity from direct current to alternating current. From there, a new AC transmission line will carry the electricity to a substation in Deerfield, then onto the New England grid.

But more important even than the energy is the tax dollars the city desperately needs.

The tax benefit to Franklin would be about $7 million and Dragon said the city understands there will be some depreciation.

In Franklin, 24 percent of the population is living at or below the poverty level right now, Dragon said. “And just to give you sense of what has been happening in the community over the last 10 years, 453 homes were foreclosed on, that’s with a population of 8,500 people.”

The project is so important to Franklin that city councilors asked Dragon to continue promoting Northern Pass even though she took a new job four days ago as Keene’s city manager.

A big part of the job description for her replacement is for the candidate to understand and support Northern Pass, Dragon said.

Neither the Counsel for the Public, nor any of the intervenors wanted to cross-examine Dragon.

But one SEC member asked her what she thought Northern Pass would do for the city and how it would benefit its citizens.

The tax dollars from Northern Pass would give the community the opportunity to regroup in terms of funding, she said.

The population has remained stagnant over the last decade, Dragon said.

“An average of five to 10 homes a year are lost to the tax deeding process. Obviously poverty … is an issue and has been a problem since the closure of the mills,” Dragon said.

The school in particular is really struggling with a $1.1 million shortfall, she said.

“Every year we really have to struggle to find the funds to provide the services,” Dragon said. “And this provides them with the opportunity to assist with the school and deal with the infrastructure that has been delayed year after year.”

It’s really been just about getting by in terms of operations, she said.

“It’s strictly an increase in the tax base and that definitely means a lot to the community, which is why I’ve spent seven years advocating on behalf of this project,” Dragon said.

Committee Chair Martin Honigberg asked Dragon if the city’s tax cap that’s been in place for a while now had limited the city’s chances to grow.

She said there’s been a debate over the tax cap.

“But if you don’t have the money to get from the people residing there, you have to create the revenue,” Dragon said.

The committee had also recalled Northern Pass’ historical and archeological experts to testify on Thursday because an agreement outlining procedures to resolve mitigation issues had not been made available before their previous testimony in late August.

Cherilyn Widell and Dr. Victoria Bunker were questioned in detail by intervenors. The Programmatic Agreement relative to Northern Pass had been recently finalized by the U.S. Department of Energy. The agreement prescribes the steps to complete the federal and state agency reviews of historic and archeological resources.

On Friday, the committee will again cross-examine Northern Pass’ construction experts. Honigberg ordered their return for limited cross-examination about “purported inaccuracies” and exceptions the project is seeking from the Department of Transportation.