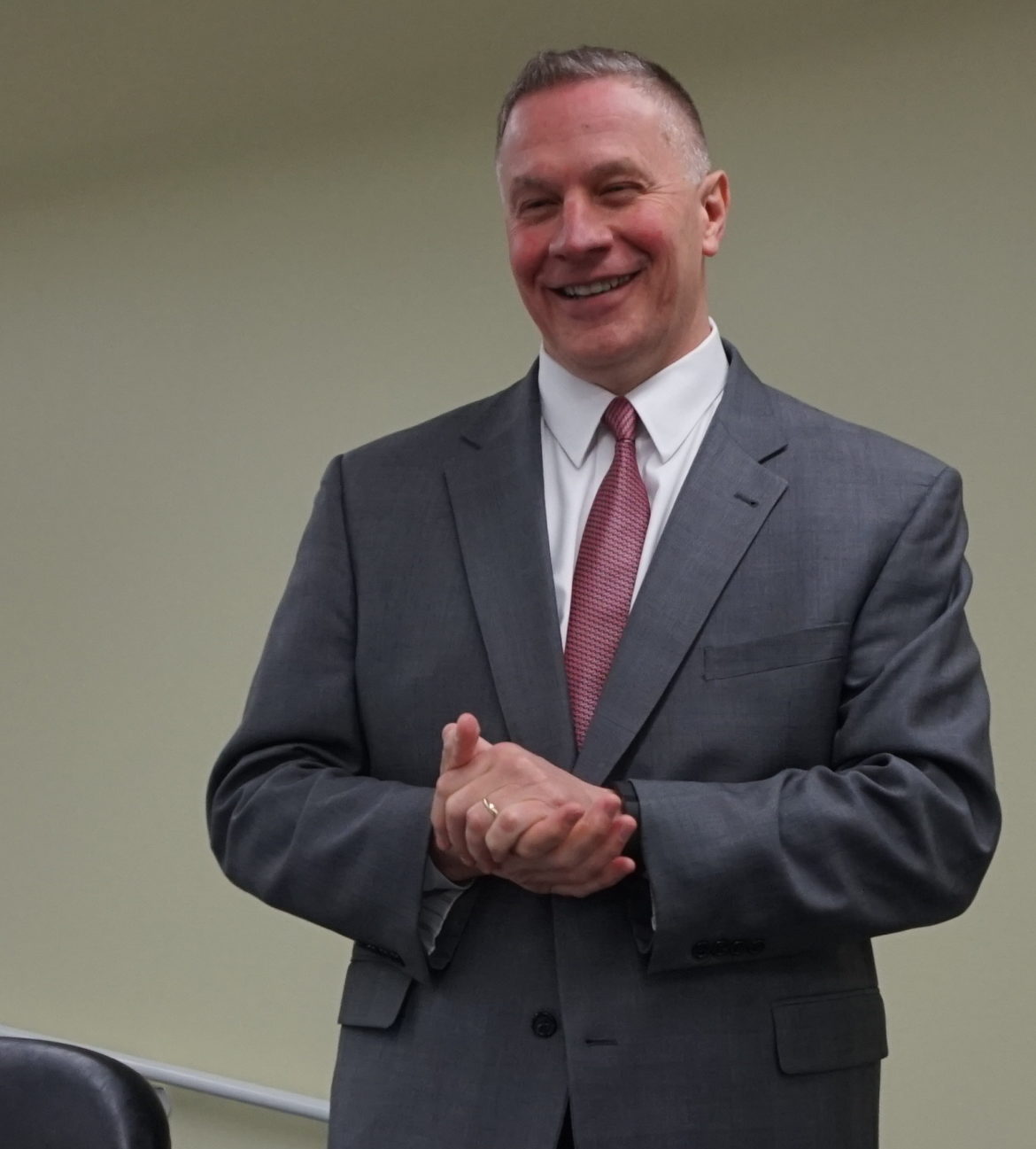 Northern Pass Transmission’s competition to import hydropower from Canada to the New England grid came out in full force Thursday in a flurry of news releases as several more utilities announced they will compete in the Massachusetts Clean Energy Request for Proposals.

Thursday was the deadline to compete. The solicitation seeks proposals for clean energy generation and transmission to deliver to Massachusetts ratepayers as required by a law passed to reduce greenhouse gas emissions.

TDI-New England and Maine Central Power each announced a couple of plans involving importing hydro and wind power from Canada on Thursday. One Maine Central Power plan also involves solar. Another is The Atlantic Link to deliver clean electricity to Massachusetts from land-based wind farms and hydro facilities in Atlantic Canada through a secure, submarine transmission cable, according to its website.

Northern Pass also unveiled an alternative plan on Thursday that combines hydropower and wind besides its original plan to bring 1,090 megawatts of Hydro-Quebec electricity along a 192-mile high-voltage power line from Pittsburg to Deerfield.

Eversource said it has finalized an agreement that commits $10 million to support low-income energy programs and services for Massachusetts low-income customers over 20 years.

That statement will surely fuel controversy among the project’s vocal opponents who claim there is no benefit to New Hampshire. Critics say the project will devalue property, hurt tourism and the jobs it touts will be temporary.

But on Tuesday, Northern Pass withdrew its power purchase agreement with Hydro-Quebec from consideration by the Site Evaluation Committee that will decide whether to approve its application by Sept. 30.

The Public Utilities Commission said the agreement was not in keeping with state restructuring law and an attempted go-around stalled in the legislature.

Without the power purchase agreement, Northern Pass has little to offer New Hampshire, according to Consumer Advocate D. Maurice Kreis.

Kreis said what he found newsworthy was the announcement that Hydro-Quebec and Eversource have so far been unable to come up with a new agreement.

“Eversource is in a difficult spot,” Kreis said. “The purpose of Northern Pass is to help Hydro-Quebec sell non-fossil electricity in southern New England.  Any benefits to New Hampshire customers are indirect and very limited at best, absent some kind of agreement like the one Eversource has now abandoned.”

“We do feel Northern Pass’ is a very strong proposal. It delivers the clean energy that is being sought – and it will be able to do that about two years earlier than any other project that’s been proposed, including the TDI one,” Murray said.

As to the power purchase agreement, Murray said in speaking with people across the state, Eversource frequently heard that there is a need to reserve some of the power for New Hampshire.

Eversource tried, he said, but was denied by the PUC.

“Importantly, Eversource/PSNH and Hydro-Quebec recently announced our continued commitment to finding an alternative to the power purchase agreement,” Murray said.

Consumer Advocate Kreis said he has no opinion on whether the SEC should allow Northern Pass to go forward.

“I sympathize with the concerns of those who believe the project offers too little to Granite Staters in light of the impact the project would have on New Hampshire’s landscape.  Ultimately, that’s a judgment call for the SEC,” Kreis said.

There was a similar “tri-state RFP” program, Kreis said, jointly conducted by Massachusetts, Rhode Island and Connecticut in which Northern Pass competed unsuccessfully.

“These RFPs are the reason ISO New England and federal regulators are running around claiming that regional electricity markets are ‘broken’ – the problem being that the market is supposedly distorted (i.e., wholesale prices unnaturally reduced) when lots of energy is bought and sold via these RFPs,” Kreis said.

“As I understand it, Northern Pass can’t proceed unless the project wins a contract under the Mass. RFP program.  So, it’s curtains unless NPT gets selected for negotiation on January 25,” Kreis said.

Both proposals submitted by Eversource would use the Northern Pass Transmission project to deliver significant amounts of clean energy to the New England grid, interconnecting in New Hampshire, according to Eversource’s news release.

They include a 100 percent hydropower option and a combination option of hydropower and onshore wind.

“Northern Pass is the most mature and comprehensive solution to meet the region’s clean energy goals and will help provide stability over the price and supply of the energy for years to come,” said Lee Olivier, Executive Vice President of Strategy and Business Development at Eversource Energy in the release.

And according to the release, Northern Pass will soon be a shovel-ready project with all major state and federal permits expected in 2017. All major contractor and equipment contracts are fully executed to begin construction early in 2018, the release said.

It also stated: The majority of the project’s construction will take place in 2018 and 2019. A project labor agreement has been executed and is expected to generate thousands of jobs during peak construction for both Granite State and Bay State workers.

“Northern Pass will be substantially complete by the third quarter of 2020, and following testing, the line will be in service by the end of 2020 — prior to the critical 2020-2021 winter period,” the release stated.

The 100 percent hydropower option included in the Northern Pass bid would deliver 1,090 megawatts of clean hydroelectric energy. A second option would combine predominantly firm hydropower from Hydro-Quebec with new wind generation located in Quebec, provided by a partnership of wind developers, Gaz Métro and Boralex, according to the news release.

TDI-New England and Hydro-Quebec submitted two smart grid transmission proposals to supply Massachusetts with clean, lower-cost power that will deliver renewable energy and nearly $20 billion in benefits to the Commonwealth over 20 years, according to TDI’s release.

TDI-New England’s release said it has submitted two proposals to supply Massachusetts with 1,000 MW (or enough electricity for one million people) of clean power, via the New England Clean Power Link (NECPL) transmission project, which is fully-permitted and shovel-ready.

The proposals were developed in partnership with Hydro-Québec, Gaz Métro and Boralex. It’s the only major transmission project to have secured full site control and to have completed all of its state and federal permitting requirements, according to TDI-NE.

“This construction-ready interconnection is certainly the most viable transmission line proposed in New England. The project provides a vital link to unleash low-carbon, cost-effective electricity from the Quebec system for the benefit of Massachusetts, replacing fossil fuel generators with clean energy resources, while lowering energy prices,” said Don Jessome, CEO of TDI-NE.

The project will be buried in Lake Champlain and along existing rights-of-way, greatly reducing community and environmental impacts, the release stated. TDI-NE is owned by funds managed by Blackstone, an alternative asset management leader.

Maine’s largest electricity transmission and distribution utility – Central Maine Power – announced that it submitted several proposals for transmission line investments to deliver energy from hydro, wind, and solar resources onto the New England grid in response to the Massachusetts Request for Proposals for delivery of clean energy.

Among the options, a new transmission line between Maine and Quebec could provide $150 million in annual electricity cost savings through expanded access to the vast hydro power resources of Hydro-Quebec, according to CMP’s news release.

“We’re pleased to offer Massachusetts a new choice of highly competitive, clean energy projects in full confidence that we can deliver tremendous value to consumers in the Commonwealth, Maine and other New England states,” said Sara J. Burns, president and CEO of Central Maine Power.

CMP has the advantage of owning all the transmission corridors to minimize distance to the market, development costs and impacts to communities and the environment, said Burns.

One of the proposals with NextEra calls for bringing in solar power and battery storage in the mix. All of the CMP proposals would deliver power via either 320-volt direct current power lines or traditional high-voltage lines.

The Atlantic Link Project is a proposed high voltage direct current (HVdc) transmission line that will deliver up to 1,000 megawatts (MW) of clean energy from Atlantic Canada directly to Massachusetts. The project will provide the Commonwealth, and the New England electricity system, long-term access to renewable energy at stable prices, according to its website.

National Grid also has announced a proposal to build a transmission project to bring up to 1,200 megawatts of energy from Canada to the New England power grid, running along existing lines in Vermont and New Hampshire.