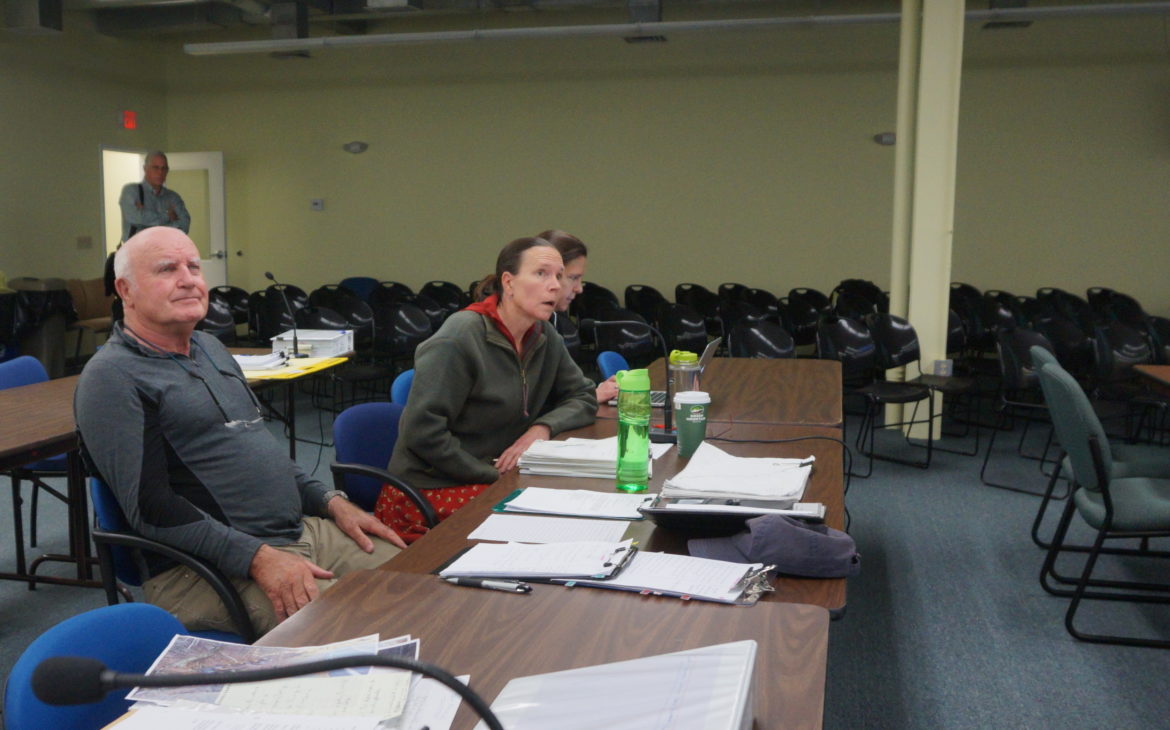 CONCORD — Twenty-two businesses, including the Common Man restaurant and Plymouth State University, would be seriously disrupted if Northern Pass buries transmission lines through downtown Plymouth, according to letters discussed Thursday on Day 9 of the state Site Evaluation Committee’s adjudicative hearing.

The committee will decide by Sept. 30 whether New Hampshire approves or denies Eversource Energy/Northern Pass Transmission’s application to build a 192-mile, $1.6 billion high-voltage power line from Pittsburg to Deerfield to bring Hydro-Quebec electricity through New Hampshire to the New England grid.

In Plymouth, well-known businessman Alex Ray, who employees 150 people at the Common Man restaurant, the Flying Monkey and other businesses in the Plymouth corridor, said in one of the 22 letters that the construction would be devastating.  Attorney Christine Fillmore questioned members of Northern Pass’ expert team on construction about the project’s response to the letters.

Fillmore scrolled the letters from Plymouth business owners and managers complaining about the possible disruption on overhead projectors at the large hearing room at 49 Donovan St., Concord. 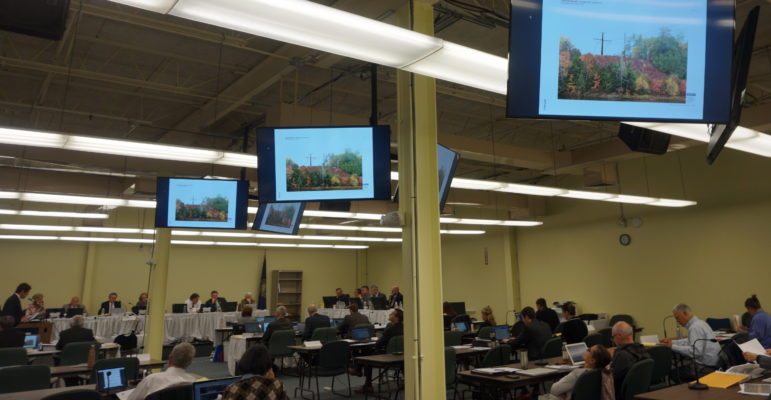 The same people also visit other restaurants and businesses in this same downtown corridor, Ray said. “In short, losing business for 10 to 17 weeks will have a devastating, immediate effect on our business overall, and a much longer impact to recoup our customer base after such a lengthy and significant impact. This financial impact on employees, staff, customers and our viability overall would take years from which to recover.”

Construction expert Kenneth Bowes said Northern Pass hasn’t contacted business owners personally, but expects to do so when it gets closer to construction time. Another Northern Pass expert Lynn Farrington said at a minimum, there would be a single lane of traffic through downtown Plymouth at all times during construction.

Fillmore, spokesman for an intervenor group, asked if anyone at Northern Pass has reached out to the business people who are upset about the potential disruption.

Bowes said: “Other than what we said before, I don’t believe so.” Experts had said that a generic letter was sent to businesses.

Farrington said those kinds of issues would be addressed through meetings when construction time gets close. She was also questioned about how volunteer firefighters would be able to get to the station quickly and conceded there could be a delay, but said flaggers give priority to emergency vehicles.

Fillmore said, “The transportation plan is not before the SEC today.”

One letter was written on the letterhead of the president of Plymouth State University.

“The burial of lines during this period would have a significant impact on the university. It’s our understanding that traffic would be rerouted through the campus. In short this is a very busy time for our school and region, and a project of this scope will disrupt multiple Plymouth State University activities,” the statement read.

Fillmore asked if anyone had spoken to people at Plymouth State University.

Fillmore asked if there was anything in Northern Pass’ application that would deal with concerns from Plymouth State University. Bowes said there was nothing in front of the SEC today, but it was in front of the Department of Transportation.

Fillmore: “But not in the application now.”

Representing the Society for the Protection of New Hampshire Forests, attorney Jason D. Reimers reminded the state Site Evaluation Committee that many conservation easements and public parks along the 192-mile line would be impacted by towers that will be as much as twice as high as ones there now in some cases.

There are 44 such properties directly affected, Reimers said.

The towers carrying the lines could be as much as twice as tall as the ones in place now, he said. Bear Brook State Park would see some of the highest at 120 feet and 130 feet, he said.

Kris Pastoriza, a member of the Easton Conservation Commission, questioned the panel about whether Northern Pass did due diligence in researching rights-of-way.

“They didn’t do due diligence,” Pastoriza said. “They didn’t incorporate road layouts which are the fundamental documents you go to to find out the width of the road. They looked at DOT plans. They did not confirm the rights of way on those plans as DOT asked them to do.”

“They answered questions by saying ‘we have no answer to the question,’” she said.