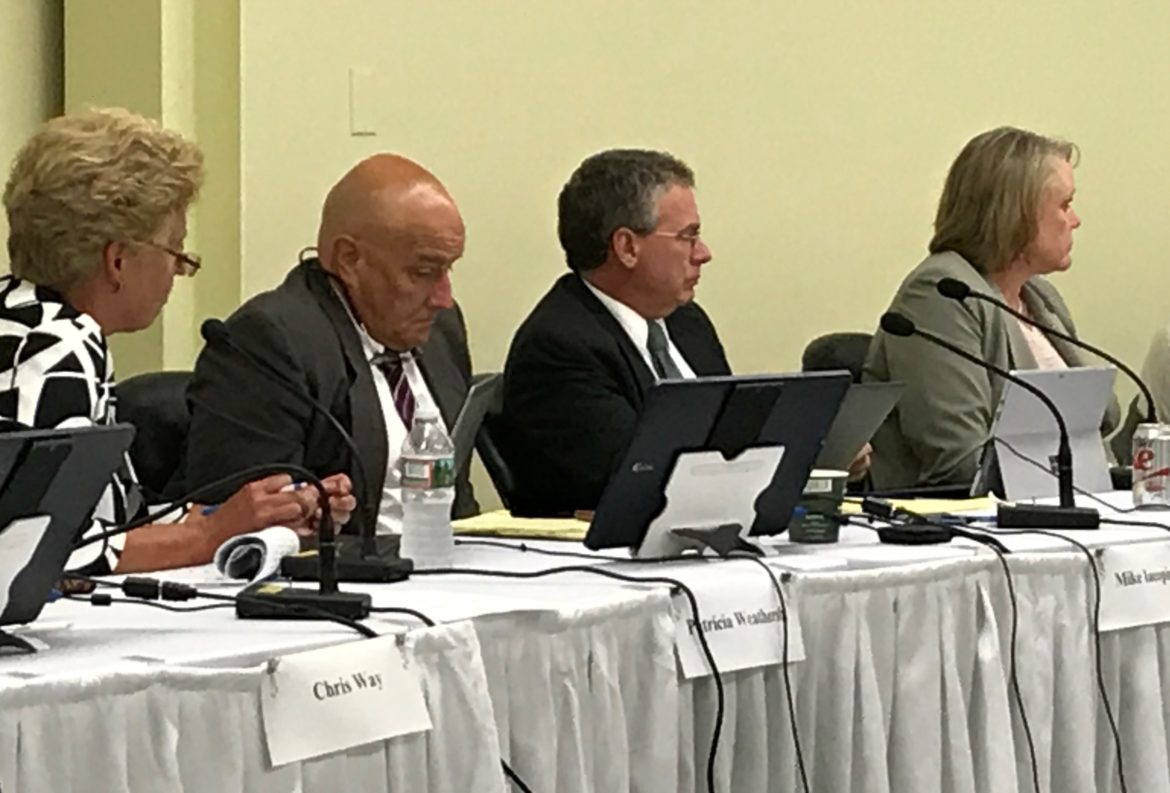 The hearings on the $1.6 billion, high-voltage transmission project to bring Hydro-Quebec electricity to New England have fallen behind schedule.

The hearings began in April and were scheduled to end this month, but have been extended through December.

On Monday, Honigberg halted the hearing after an hour telling attorney Charlotte Crane representing non-abutting property owners from Ashland to Deerfield to take 10 minutes to determine what points she wants to make and the committee will decide whether she would continue.

“I don’t see a plan here and you are winging it,” Honigberg said. “We are just wasting everyone’s time right now.”

He noted there are provisions in both law and the committee’s rules to allow the committee to promote orderly and prompt proceedings and prevent unnecessary delays.

“Maybe I’m wrong, maybe I’m being unfair,” he said, “and you have three or four or five points for cross-examination and if you do, we’ll allow you to do that.”

After she finished her cross-examination, Crane said she was the only intervenor she is aware of who has been held to the time she originally said she would need.

Last week, Honigberg told her to sit down after she had questioned a witness for four hours. On Monday during the hearing, Honigberg accused Crane of deliberately trying to delay the hearings.

“I don’t understand why he feels that way,” Crane said, noting she was trying to put on the record what the project will do to people in Bridgewater and that has not been discussed to date.

Honigberg two weeks ago issued an order to limit “friendly cross-examinations” by intervenors when they began presenting their cases before the committee.

Intervenors had until Friday to declare which future witnesses they want to cross-examine and on what issues, although few have filed to date.

The committee will decide what will be allowed.

Earlier intervenors said they would need 235 hours to cross-examine “friendly witnesses,” which would require an additional 39 days of hearings. Recently, the SEC added 31 more days of adjudicative hearings during October, November and December.

Project developer Eversource is expected to conclude its presentation this week or next, at which time intervenors will begin to present their witnesses.

“The intervenors should expect that friendly cross-examination will not be allowed unless there is a demonstration it is necessary to a full and true disclosure of the facts,” wrote Honigberg in the Sept. 12 order.