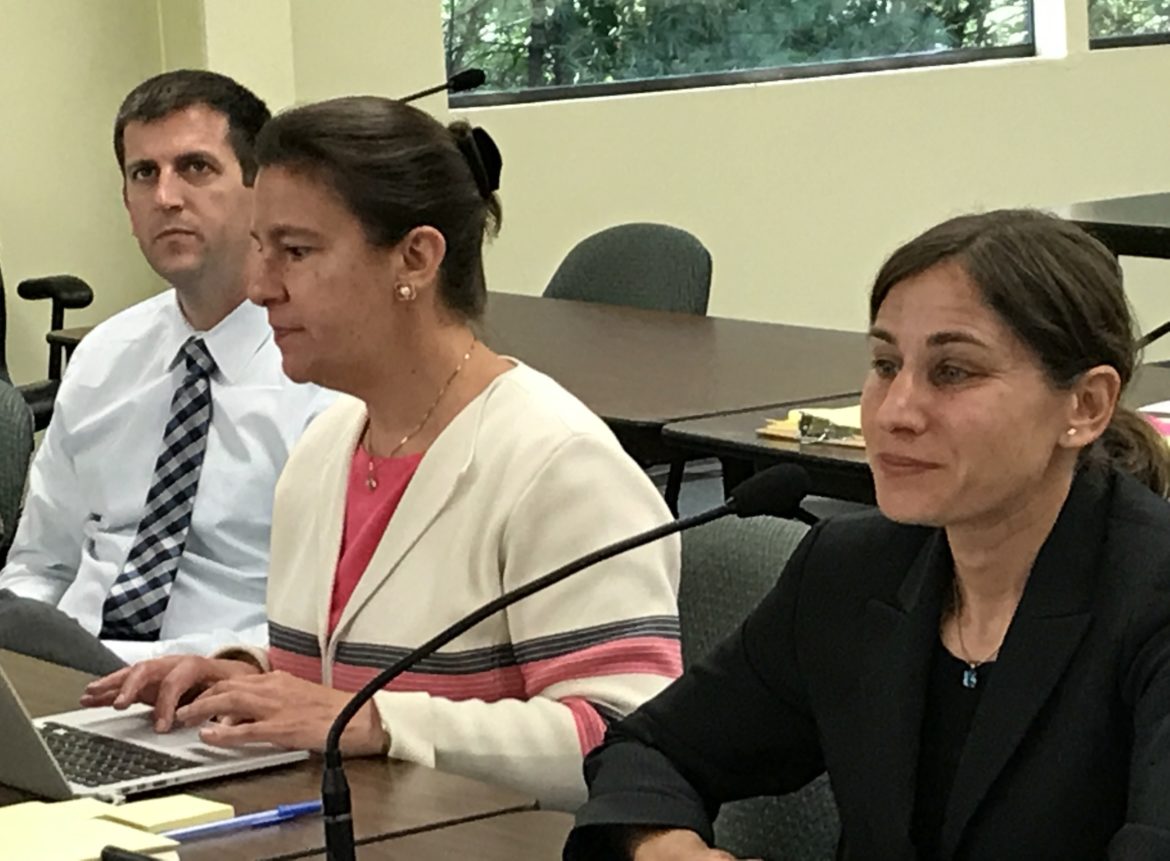 CONCORD — In the future, views along Northern Pass’s route could deteriorate if private property owners decide to cut trees on their land.

He acknowledged the visual impact could change in the future if private property owners decide to cut trees or do not maintain new vegetation planted on their property to help hide towers or other structures along the above-ground section.

The study done by the company found only about 20 of 525 scenic resources within three miles of the transmission line would be impacted, and none significantly.

Several attorneys noted Eversource did not control the land with much of the vegetation that blocks the views of the towers.

Attorney Christine Fillmore, representing several North Country and Grafton County communities, noted the visual impact would change if existing vegetation was destroyed in a fire or a storm. “The owner would be under no obligation to replace it, correct,” she asked.

“Not to my knowledge,” DeWan said.

Whitley noted DeWan’s report notes transmission structures can only be seen from two locations with no impact on a majority of the park.

Those two locations are along a hiking trail to the North Mountain Overlook which is popular with hikers. From the top of the mountain, two transmission lines and the existing substation are visible, he said, and noted a new substation is planned near the existing one.

“User expectation is particularly high at a place like this,” Whitley said. “If the vegetation is not present anymore, that is going to impact the visual effect ranking.”
He suggested hikers would be less likely to go to the area or may not linger as long if the project is more visible.

DeWan disagreed saying there is no indication the project would have “any effect whatsoever” noting people see the existing substation now and the two transmission corridors. “There should be no effect whatsoever,”  he said.

Concord’s Deputy City Solicitor Danielle Pacik questioned research that failed to include the Contoocook River in the state’s Rivers Management Program, and said the project would have a low visual impact.

Yet, she said, the river is in the program and has been since 1991.

If you had known, the visual impact rating would have changed and the company would have done more analysis, Pacik said.

DeWan said at the time they did not believe it was in the program, but did note they did additional analysis.

The river is more than two miles long through the urban cluster, DeWan said, and it is highly unlikely anyone would see enough of the structures to warrant additional evaluation.

At that distance, there would not be any significant visual effect, DeWan said, and used a similar argument when Pacik said the company had also missed White Park — which is on the national historical register and qualifies as a scenic resource —  and several other Concord locations.

Research mistakes were not the only issue raised about DeWan’s work.

Photo simulations for Deerfield village district “are a bit misleading,” Whitley said. He said pictures indicating a view of a transmission tower near the church would be blocked by vegetation was not true from other points.

If the committee uses the simulation and narrative to evaluate the project, Whitley said, they will have a misleading account.

“If you walk through the village district east to west on Main Street,” Whitley said, “there are at least two distinct views of a Northern Pass structure.”

DeWan said the village district has to be viewed as a whole and he tried to show “the average of what someone would see.”

Some people in the district would not see the structure at all, he said.

DeWan and his associate, Jessica Kimball, a planner and landscape architect, will continue to testify Wednesday.

The 1,090 megawatt project to bring Hydro-Quebec electricity to southern New England was first proposed seven years ago. The Site Evaluation Committee recently delayed making its final decision for five months. Instead of making a decision at the end of this month, it will now be delayed until the end of February, 2018.