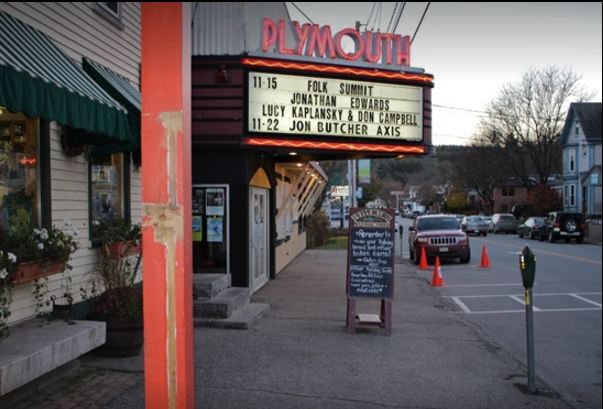 CONCORD – Northern Pass’ expert on economics and project benefits testified Friday that the loss of customers to downtown Plymouth and Franconia during construction of underground transmission lines would be a wash because they would buy goods and services in neighboring towns.

Fillmore pressed Frayer on how she arrived at the conclusion that there would be no negative impact on businesses.

“So you’re saying here that if businesses lose foot traffic during construction, that those businesses in Plymouth or Franconia would be able to make up for it by selling more goods or services to the customers who manage to get there,” Fillmore said.

Northern Pass plans to bury the line along the two towns’ main streets. Project spokesperson Martin Murray said during a break that Plymouth refused to discuss other possible routes that skirted downtown and insisted the only desired route was along Interstate 93.

The controversial proposal being considered by the state Site Evaluation Committee would bring hydro-electricity from Hydro-Quebec along 192 miles of high-voltage transmission lines from Pittsburg to Deerfield then on to the New England grid.

Franconia and Plymouth would be included in the 60 miles that would be buried if the application submitted by Northern Pass Transmission and Eversource Energy is approved; the rest would be overhead transmission lines.

The hearing was interrupted again Friday as it was on Thursday when questioning involved Frayer testimony the committee previously deemed confidential. Intervenors and others who hadn’t signed confidentiality agreements regarding her sealed statements were asked to leave the room each time.

Murray said it was to protect proprietary information that could be used by competitors. “In this case, competitors bidding to provide clean energy into New England,” Murray explained.

Fillmore, whose questioning was done in public session, showed some of the letters and emails from 22 Plymouth businesses whose owners or managers have spoken out against burying the line through Main Street.

They included Plymouth State University and Alex Ray, owner of the Common Man restaurants and the Flying Monkey performing center in downtown Plymouth.

Fillmore asked Frayer if she was familiar with the Flying Monkey and she said she was not aware of the business.

“Can you explain to me how a business like that makes up for loss of customers through additional sales to the ones who do get there?” Fillmore asked. “Would a person buy two tickets?”

Frayer said she wasn’t familiar with the Flying Monkey’s  revenue stream. “Do they have a bar or restaurant on site?” Frayer asked, indicating that could increase revenue.

Fillmore asked Frayer if she ever analyzed the accuracy of her predictions after a project was up and running.

“I don’t think I could come up with a project right now off the top of my head,” Frayer said, adding such projects often take many years to develop.

Frayer also said she continually tests the models she uses in making projections.

“So is it fair at this point to say there is no empirical evidence of how accurate your predictions for this or any project of local economic benefits have been?” Fillmore asked.

Frayer responded: “There isn’t any studies that I have done.” But the model she uses called the REMI model, is used by many professionals and there is a lot of empirical evidence as to its forecasting accuracy, Frayer said.

Lawyers for the Society for the Protection of New Hampshire Forests, city of Concord and others also cross-examined Frayer in public and non-public sessions.

The hearings are scheduled to resume on Tuesday.