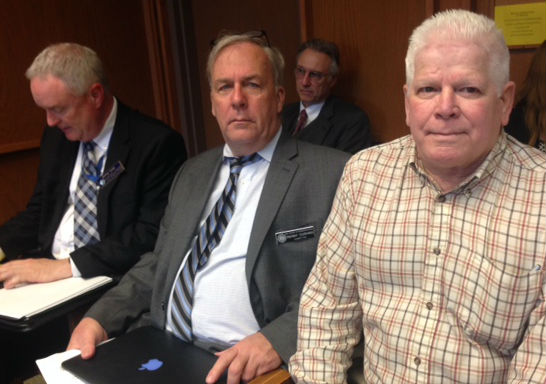 Douglas Butler of Hollis, whose son, Andrew Butler, has filed a federal petition to be transferred from the Secure Psychiatric Unit at state prison to a mental health hospital because he hasn't committed a crime, is pictured at far right. He attended a legislative conference committee meeting in Concord Monday on House Bill 1565. From left, Jeff Lyons, spokesman for the Department of Corrections, Rep. Renny Cushing, D-Hampton, and Douglas Butler. Behind Lyons is Alexander P. de Nesnera, MD, New Hampshire Hospital's Chief Medical Officer.

CONCORD — The fight by advocates and state Rep. Renny Cushing to stop incarcerating mentally ill people who haven’t committed a crime with convicted criminal patients at the state prison’s Secure Psychiatric Unit in Concord made some headway on Monday.

A Senate-House conference committee agreed to move forward on House Bill 1565 that was less than what Cushing wanted, but it will include language from the House version making clear that the practice of commingling non-criminals with criminals who are mentally ill in the prison unit is unacceptable.

“This bill doesn’t fix anything but it does put more eyeballs on what is going on there,” said committee member Sen. Kevin Avard, R-Nashua. “I think for the legislature, it’s incumbent upon us to come back next year, that we don’t just talk about study, that we start examining how we look at another facility that directly solves this problem.”

Cushing, a Hampton Democrat, sought to require the Department of Corrections to seek accreditation for the Secure Psychiatric Unit as a psychiatric hospital and the legislation as it stands allows accreditation as a prison behavioral unit instead, but Cushing and Avard both saw progress.

“It’s a step forward,” said Avard, who has previously said conditions at the Secure Psychiatric Unit sound like something out of a “horror movie.”

Avard has met with Douglas Butler of Hollis and plans to interview him on his local cable television show. People who live in Hollis have raised money to support Butler’s son, Andrew Butler, who has been locked up at the prison psych unit for 10 months even though he hasn’t committed a crime. 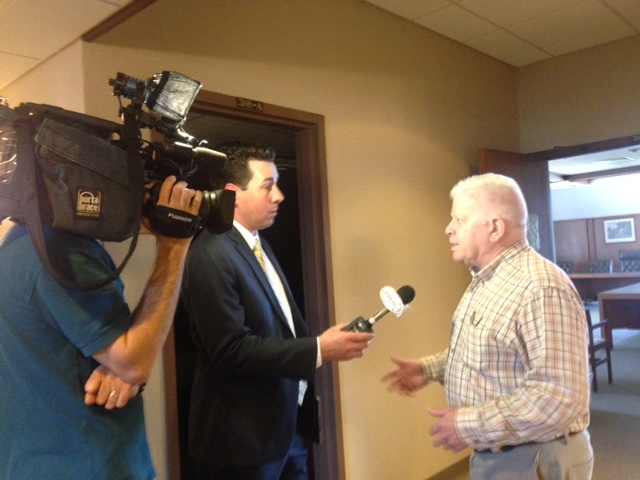 More than 1,000 people signed a petition to free Andrew Butler, 21, who was a popular  Hollis Brookline High School star athlete before he went on to Worcester Polytechnic Institute for about a year before being hospitalized. His father believes his son had a bad reaction to experimenting with hallucinogenic drugs and is now worse because of psychotropic drugs prescribed to him at the prison unit.

Butler’s attorney Sandra Bloomenthal filed a petition in federal court last month demanding that Andrew be moved to an accredited psychiatric hospital for treatment. On May 2, a federal magistrate ordered the state to respond within 14 days of service.

“He is held as a mental health patient without being in an accredited hospital, denied contact visits with his father, denied contact visits with his attorney, forced to wear prison clothing,” wrote attorney Bloomenthal. “He is locked down 23 hours a day. He has been tasered. The treatment he has received is cruel and unusual punishment without having been convicted of a crime and with no pending criminal process.” 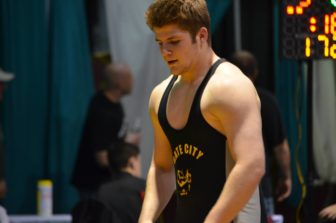 Andrew Butler was on the wrestling team at Hollis Brookline High School.

The state says patients at the New Hampshire Hospital, the state’s psychiatric hospital, can be transferred to the prison unit if they are a danger to themselves or others.

Associate Attorney General Anne Edwards said commingling mentally ill patients at the prison unit even though some haven’t committed a crime passes constitutional muster, but she declined to discuss the Butler case.

State Rep. Carolyn Gargasz, R-Hollis, said: “It’s about the money.” Gargasz said New Hampshire is behind in mental health treatment. As to Andrew Butler, she said, “He should get the treatment he needs.” 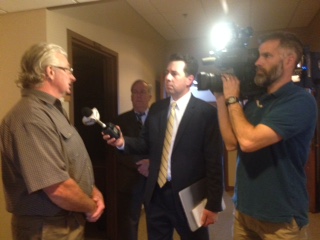 Eric Largy of Nashua, who was incarcerated at the Secure Psychiatric Unit at the men’s prison for five years, is pictured being interviewed after Monday’s hearing on HB 1565 by WMUR’s Adam Sexton about the conditions and treatment at the unit.

Avard promised something will be done in the next session. “We’re not kicking it down the road,” Avard said.

Cushing said: “I’m actually more optimistic about it. In the past few weeks, there’s been a growing consciousness in the state of New Hampshire that we have to do something.”

He credited increased press attention, families speaking out about loved ones locked up in the unit and people like Eric Largy of Nashua, a “SPU survivor,” sharing their experiences at legislative hearings.

“It can no longer be New Hampshire’s dirty little secret,” Cushing said.