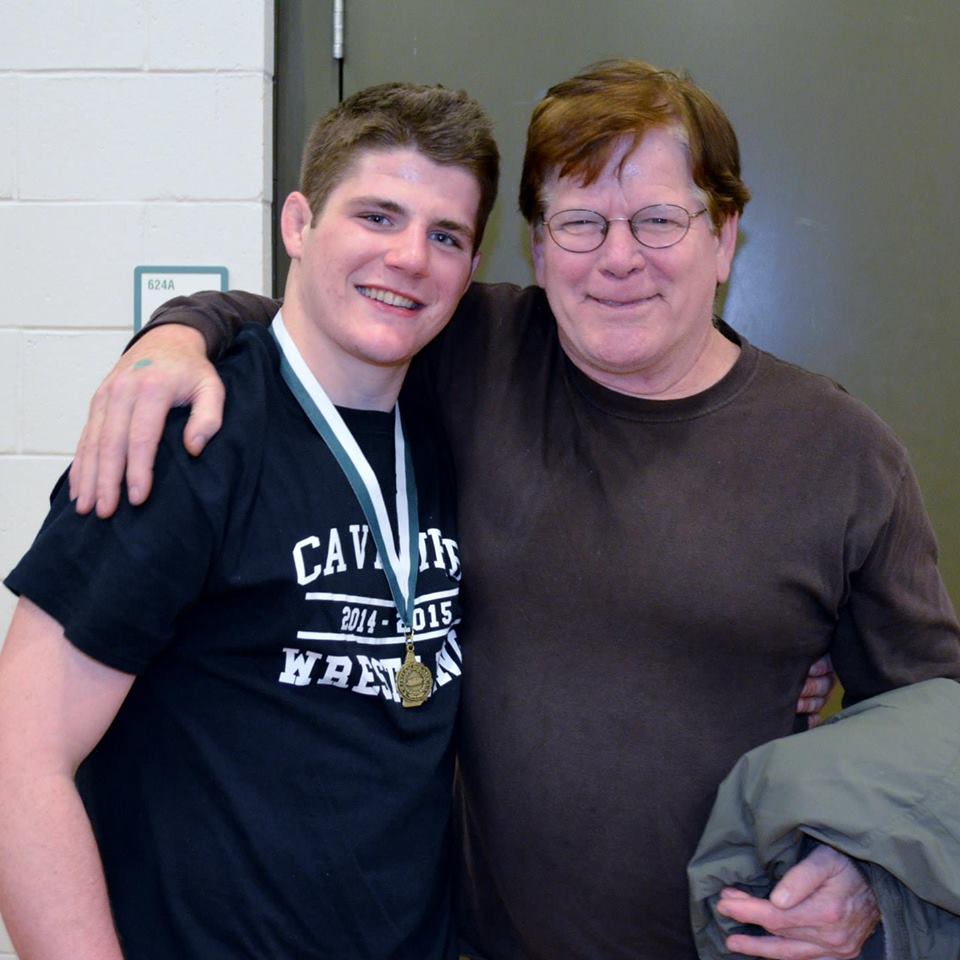 Andrew Butler is pictured with his father Douglas Butler when Andrew was a star athlete at Hollis High School.

CONCORD – A Secure Psychiatric Unit patient at the state prison for men who hasn’t been convicted of a crime has filed a writ in federal court demanding to be transferred to an accredited specialized mental health hospital.

Patient Andrew Butler, 21, who was a well-known athlete as a Hollis Brookline High School student, argued through his attorney that he is locked up in a maximum-security prison because of mental illness even though he hasn’t committed a crime.

“He is held as a mental health patient without being in an accredited hospital, denied contact visits with his father, denied contact visits with his attorney, forced to wear prison clothing,” wrote his attorney Sandra Bloomenthal. “He is locked down 23 hours a day. He has been tasered. The treatment he has received is cruel and unusual punishment without having been convicted of a crime and with no pending criminal process.” 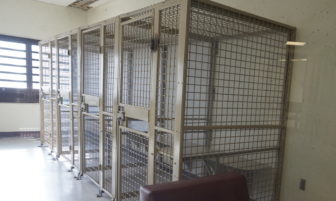 Group therapy booths at the Secure Psychiatric Unit at the New Hampshire Prison for Men.

Butler was civilly committed to the New Hampshire Hospital, the state’s psychiatric hospital, in the fall of 2017, then involuntarily transferred to the Secure Psychiatric Unit at the men’s prison, according to his father, Douglas Butler.

The senior Butler said Andrew was studying chemical engineering at Worcester Polytechnic Institute when something went very wrong. He believes his son may have reacted badly to illegal drug experimentation on a trip to Vermont in late August of last year.

The problem, he believes, was compounded by the psychotropic drugs Andrew was prescribed and continued taking at the New Hampshire Hospital, then at the Secure Psychiatric Unit at state prison.

The father said Andrew had an episode at the New Hampshire Hospital in which he started hitting people for no reason, something he did only when on the medication. “If you are not crazy, they make you crazy,” he said of the medications.

“He was never violent before that. He always does well in school and sports and really enjoys people. He’s very social,” Douglas Butler said. His son was the captain of the wrestling and football teams and an excellent student at Hollis High School, he said.

The state labels his son as psychotic and schizophrenic, he said, diagnoses that he doesn’t believe and is unable to get a second opinion or consider alternative treatments because he is no longer Andrew’s guardian.

The state Department of Corrections didn’t immediately return calls seeking comment. But officials have said New Hampshire Hospital patients are transferred to the prison psychiatric unit as a last resort when they are considered a danger to themselves or others and cannot safely be housed except at the Secure Psychiatric Unit at state prison.

In fact, Bloomenthal filed the writ on Thursday, the same day lawmakers gutted legislation that would have required the Secure Psychiatric Unit be accredited as a psychiatric hospital.

The legislation, HB 1565, was state Rep. Renny Cushing’s latest attempt to halt the practice of locking up people with mental illness who haven’t been convicted of a crime with mentally ill criminals at the state prison.

The Hampton Democrat said he is beyond being frustrated because of an amendment that was added requiring the department to seek accreditation from the National Commission on Corrections Health Care to have the Secure Psychiatric Unit accredited as a behavioral health facility, instead of being accredited as a psychiatric hospital.

“This amendment will make the situation even worse, as it signals the further normalization of treating people with mental illnesses as worthy of treatment in a prison setting, and strengthens the institutionalization of prison standards for treatment of people with mental illness who have never been convicted of a crime,” Cushing said, adding he will continue to fight to have the original bill passed. The amended bill now heads to the Senate Finance Committee.

Cushing welcomed Butler’s federal court filing. “ The legislature has demonstrated a callous disregard for the human dignity of every person with a mental illness who has never been charged with a crime but ends up behind the prison wall.

“The crime is that our most vulnerable are held captive in prison instead being treated in a hospital, and every legislator who turns their back on and ignores this outrage is complicit,” Cushing said.

Butler’s filing also comes one week after a federal judge ordered Corrections Commissioner Helen Hanks to turn over documents to the Disability Rights Center in its investigation into the death of an inmate at the Residential Treatment Unit. The RTU also houses mentally ill inmates, is located upstairs from the Secure Psychiatric Unit, and is also run by the Department of Corrections.

The Disability Rights Center is investigating the possible role of abuse and neglect in the death of mentally ill inmate Phillip Borcuk on Dec. 6, 2017. Depending on what is found, the investigation could be expanded to include other residents of the Residential Treatment Unit and the Secure Psychiatric Unit who may be at risk of abuse or neglect, according to Andrew Milne, an attorney with the Disability Rights Center.

Andrew Butler is being denied his “right to due process of law by the State holding him indefinitely in a maximum-security prison,” attorney Bloomenthal wrote. “He is not being treated by an accredited hospital for his mental illness and in fact his treatment is harmful and cruel and violates the Americans with Disability Act.”

“There is no alternative in the state of New Hampshire for those needing secure care,” the motion states.