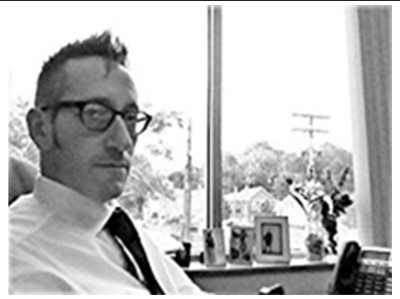 Winter has finally arrived. I know this because our house lost power not just once, but twice today. We gave up after that second time, we excused ourselves to the dog, and we went out for dinner. The restaurant was also cold because it had no heat, but everyone was cheerful anyway. The man at the table next to us apologized for smelling like gasoline. He had been helping fix his neighbor’s generator and it had somehow sprayed all over the place. I told him that I didn’t mind. Winter, I repeat, has finally arrived.

It was a gorgeous snow, too, that decided to coat our town. It was wet and heavy so it stuck to things and stayed there; every tree looked like a masterpiece and we have a lot of trees so our town looked like a postcard. It makes you appreciate the design of evergreens in particular. Spruce, or firs, or whatever they are: my wife knows, not me. Those ones with downward sloping boughs, that can carry a huge amount of weight. They carry a hush about themselves too. Because winter is quiet and it makes people quiet in turn. In the end, though, the pines were snapping and the oaks and maples were losing big branches, and we had to open our garage door by hand to escape.

One of my favorite films takes winter for its subject. This is a western directed by Robert Altman called McCabe and Mrs. Miller. McCabe is about a roving gambler who builds a little business for himself in a mining town out west; then the big mining company tries to buy him out. He refuses, they move in regardless, and the final confrontation takes place during a beautifully rendered blizzard. The silence of the snow wins out over everyone. The soundtrack is by Leonard Cohen, of all people. Just him and his guitar.

And in case you were wondering (yes, I am becoming Nancy West’s movie critic), this story represents an inversion of the standard western trope, which typically features violent men, whose violence is required to tame the barren land, but who then must be sent away so that they don’t threaten the new society that their own heroic actions have allowed to take root. Rough and ready gunslingers make the place safe for schoolmarms and ministers and shopkeepers and farmers, who then displace their forebears. To the extent that we Americans like to see ourselves as cowboys, as tough and self-sufficient and intolerant of sophistication, we’ve forgotten the actual moral of the story: cowboys are dangerous to have around. Just ask Shane.

In McCabe, of course, that whole equation gets flipped upside-down. The forces of progress — capitalism, capitalists themselves — represent violence; the part-time gunman is the embodiment of peace and charity. But even more than that, perhaps. Altman shows that nobody wins in the end, neither the violent man nor the peaceful man. Nature wins in the end. The snow covers them all and brooks no reply.

New Englanders have always been drawn to this imagery. Maxfield Parrish painted it, Rockwell Kent etched it, and Herman Melville wrote a whole book about it, called Moby Dick. (And yes, I know, Melville was from New York. But he wrote that story on a farm in Massachusetts.)

Perhaps Robert Frost even had this in mind when he wrote his little poem about the end of the world: “Some say the world will end in fire / Some say in ice / From what I’ve tasted of desire / I hold with those who favor fire / But if it had to perish twice / I think I know enough of hate / To say that for destruction ice / Is also great / And would suffice.”

With a name like Frost, of course, our local poet could hardly have rooted for fire. Frost was friends with Sherman Adams, anyway, the governor of New Hampshire who later served as Eisenhower’s chief of staff, and he would visit Adams in his office at the White House. This was in the middle of the Cold War, for gosh sakes. They all knew the power of ice and cold and snow as metaphor.  The meaning of which is this: you think you can control things, but you can’t.

There is no better lesson for anyone in power to learn, especially these days, with all that heat, all those loud voices, and all those television lights shining on Congress, in Washington, D.C. —  which city never gets much snow, come to think of it.

Davidow writes Radio Free New Hampshire for InDepthNH.org. He is also the author of Gate City, Split Thirty, and The Rocketdyne Commission, three novels about politics and advertising which, taken together, form The Henry Bell Project,  The Book of Order, and The Hunter of Talyashevka . They are available on Amazon and Barnes and Noble. Davidow’s Chanukah Land can be found here.