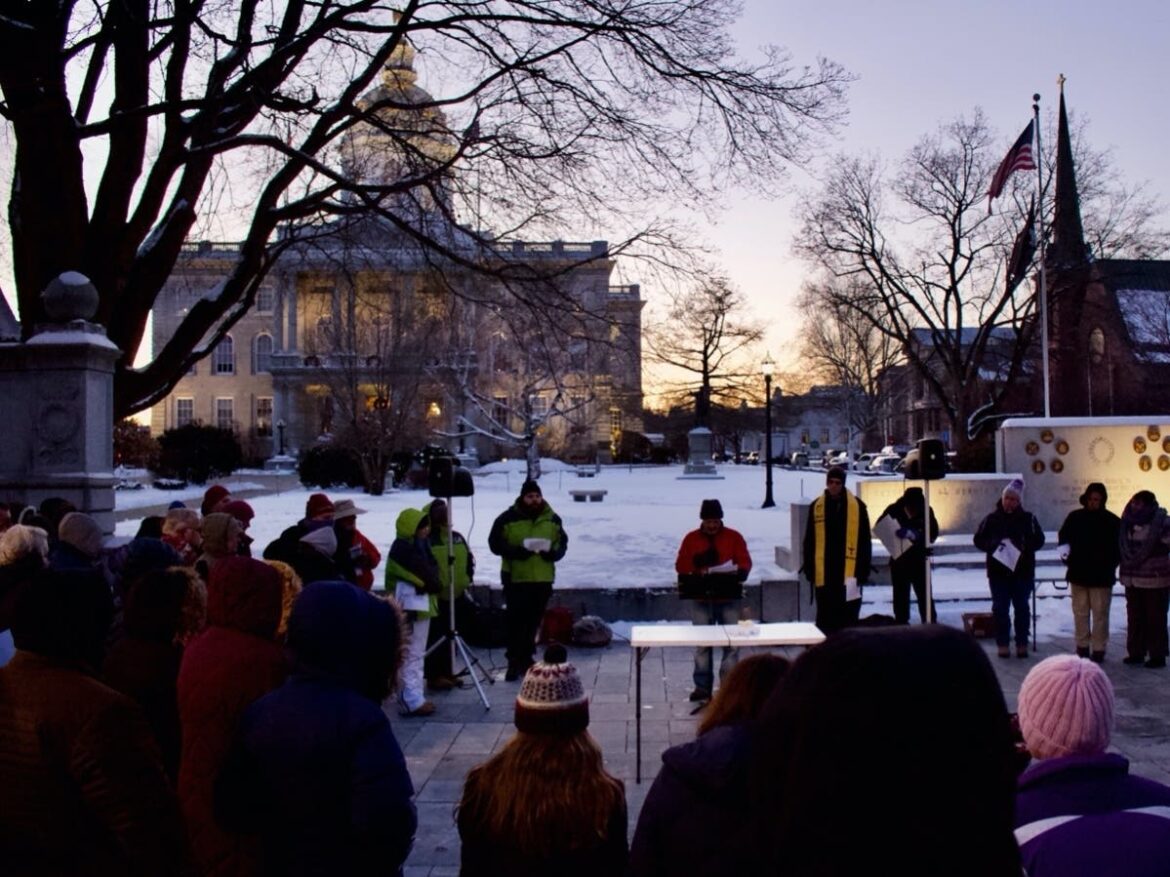 On Dec. 21, advocates gathered outside the State House in Concord to remember 93 homeless people who died in 2022 in New Hampshire, not knowing two more deaths would be added to the list during Christmas week in Manchester.

A third incident involving a woman who was arrested after giving birth in a tent in Manchester on Dec. 26 for allegedly abandoning the newborn boy, also reminded the public of the difficulties for women who are homeless. Her family said the mother suffers from mental illness.

Manchester Mayor Joyce Craig said the number of homeless people has tripled since the pandemic.

More help is needed from the state, she said.

“The governor cannot ignore this any longer. We have individuals dying,” Craig said.

Sununu has not responded to InDepthNH.org about the homeless crisis since questions posed on Monday.

Craig said she and other communities with a total of 17 shelters find they often have no room and need help from the state.

The mayors of the state have a good relationship, she said, “and we have been grappling with this situation for many years now.”

She said Manchester will continue to work hard to address the needs of the unhoused in the city of Manchester.

“But it’s really important that we engage with the state and that the state starts working closely with the local communities to ensure we have safe shelter beds and supportive housing,” Craig said.

“It’s so important to have a statewide plan to address this,” Craig said.

Craig, a Democrat, and Sununu, a Republican, have sparred on this issue before.

In 2020 the mayors of 13 cities wrote to the governor asking to update a state plan to combat the problem. A committee was put together, but very little if anything has happened in terms of engaging with the local communities, Craig said.

The Executive Council recently allocated $4 million to help shelters, but didn’t ask them to increase capacity. “That’s one of the concerns,” Craig said.

“As winter is here more emergency shelter beds are needed as are more services for these individuals,” Craig said.

She said many suffer from mental health problems and substance use disorder as well as medical conditions. “We need some help from the state for that,” Craig said.

Seventy-one percent of the homeless people in Manchester are from outside the city, Craig said.

“Specifically, Multi-racial and Black/ African Americans in New Hampshire were reported as being four times more likely to experience homelessness. The Hispanic/Latino population were said to make up nearly 11 percent of the homeless population,” the report said.