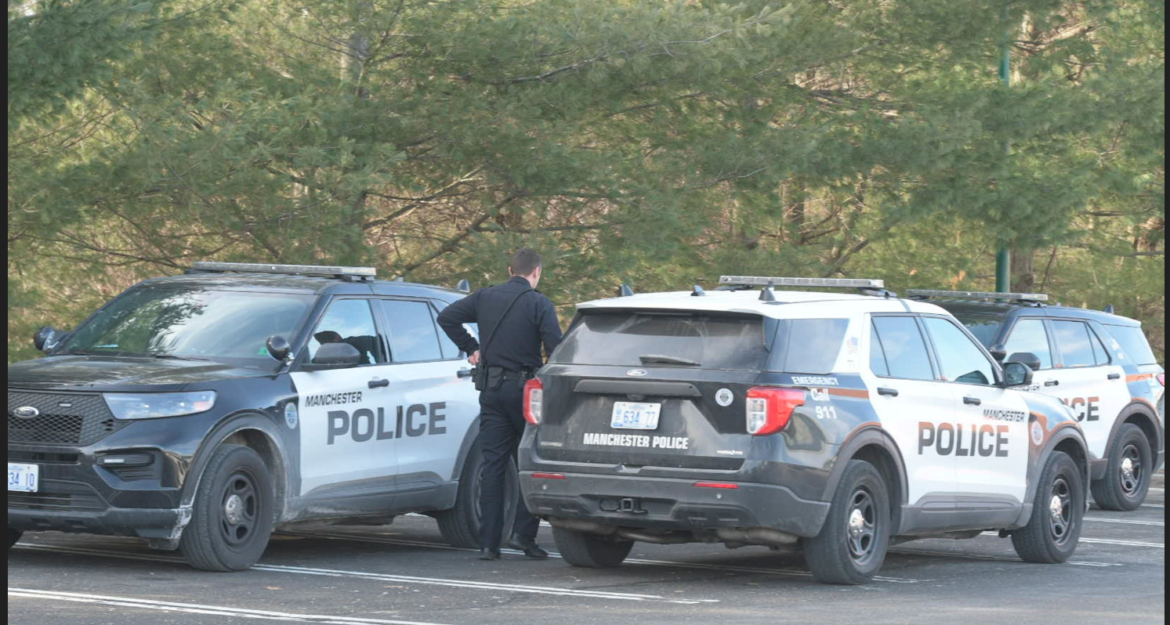 Manchester police parked near a wooded area where a homeless man was found dead off the rail trail in south Manchester. Officers parked in the parking lot behind the DMV and walked into the site.

MANCHESTER – A second homeless person has died in Manchester since Christmas morning when a woman was found dead in a tent outside the Families in Transition shelter at 199 Manchester St.

The death reported Thursday was a man in a homeless encampment in Manchester. His family hasn’t yet been notified and it doesn’t appear suspicious, said Manchester Police spokesman Heather Hamel.

Firefighters and medics arrived Thursday at about 11:30 a.m. and quickly determined the man was deceased and was in an small homeless camp located about 100 yards from a popular rail trail.

Manchester police parked in the parking lot behind the DMV and walked into the site. Notification was made to the New Hampshire Medical Examiner’s office.

At about 2 p.m. the man’s body was removed from the woods by a local funeral home, and the cause of death will be investigated.

The woman who was found dead in a tent outside the Families in Transition shelter on Christmas has been identified as Amanda Hartness, 34. Her death also wasn’t considered suspicious, and authorities were awaiting toxicology test results before releasing the cause of her death.

In a third unrelated incident, a homeless woman, Alexandra Eckersley, 26, gave birth in a tent in a wooded area of Manchester on Dec. 26 at about 12:30 a.m. and was arrested for allegedly abandoning the newborn in a tent for more than hour. The newborn boy was taken to Dartmouth-Hitchcock Medical Center in Lebanon.

Alexandra Eckersley is the adoptive daughter of Major League Baseball Hall of Famer and retired Red Sox broadcaster Dennis Eckersley. In a statement the Eckersley family released, they said Alexandra, who they call Allie, has long suffered from mental illness and asked that people don’t judge her, and said they knew nothing of her pregnancy until seeing stories in the media.

The Eckersley family told WMUR they are filing a guardianship petition so they can stay informed about the infant’s condition and make decisions about his care.

Requests for comment from Manchester Mayor Joyce Craig and Gov. Chris Sununu were not immediately returned. Craig and Sununu have sparred in the past over the homeless crisis in the Queen City.