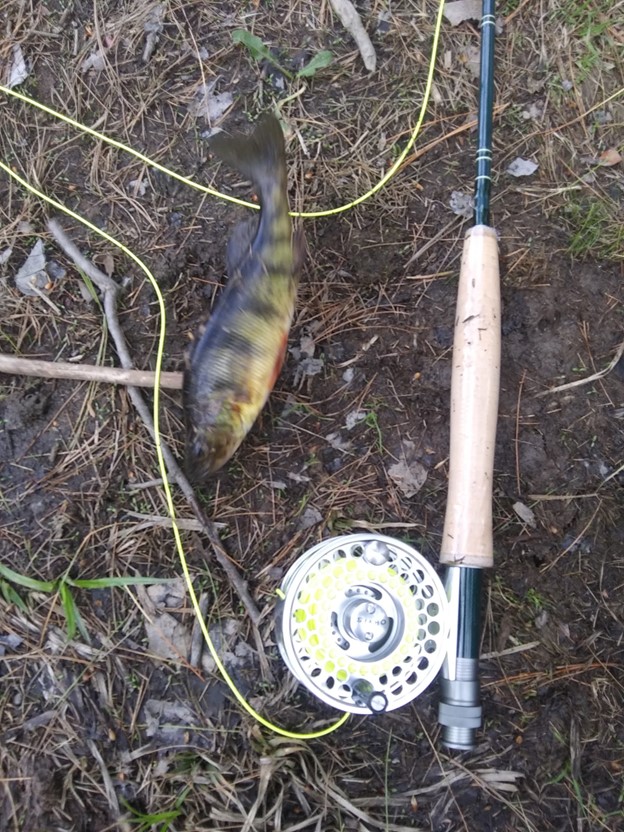 There is an insidious disease passing around the fly fishing world. It starts in early spring and slowly works to a crescendo by late fall. Now, if you have spent any time on the water, you might be thinking about Whirling Disease.

The disease that causes trout to swim in circles. It is not that disease; it is one that is worse. It costs fly fishers thousands of dollars, maybe even millions.

This disease is called collecting, or in the flyfishing world, being a “Gear Hound.” It happens so subtly the victim doesn’t even realize it. One may be walking through a fly shop or sporting goods store and see an item on sale. Now, you know at some point you are going to need one, especially flies, tippet or line, so you buy a few and put them at your tying bench in a box. You tell yourself that you will sort them out when the winter comes.

Gear hounding starts with little items, but eventually works up to bigger items like rods and reels, and you never know where you are going to find them. I was at an outdoor flea market in Topsfield, Mass. As I was walking around I came upon an Orvis fly rod that didn’t even look used. It was a nine foot, seven weight that I could use for Striped Bass fishing.

I put on my game face and tried to not look excited, which would have been a dead giveaway that I really wanted the rod. I asked the gentleman how much he was asking for the rod. He gave me a price which was actually not a bad price for the rod. So I thanked him and walked away.

When you walk away, you are taking a chance that someone will come behind you. That is a chance you sometimes take. As I walked away I rationalized that I didn’t really need it, BUT I wanted it. That is part of the disease. I knew it was near the end of the day and he might be willing to lower the price if I waited for him to start picking up.

When I saw the dealer start to pick up I meandered over and picked up the rod and asked him if he would take X amount in cash for the rod. After a brief moment of thought he replied “sure.” I came home with a beautiful rod that my son, who says he doesn’t have the disease, uses.

Insidious I tell you.

Then there are yard sales. From early spring ‘til late fall, I always carry some of my fishing fund with me, because you never know what you will find. I came upon a beautiful Eagle Claw four-piece pack rod in the original plastic case which had the original price tag of $9.97. I came home with the rod, but not for $9.97, but still a bargain.

I was on a local stream one time and a fly fisher came by carrying a beautiful Orvis Midge rod. As I was admiring it, I asked him where he obtained it. The gentleman told me at the dump. Apparently they have a swap store and the man who runs the store knew he liked to fly fish and put it aside for him. He sent it out to have the wraps redone by Orvis and now he has a great rod. You never know where you are going to find a deal.

The deals are out there, you just need to be patient and carry some of your fishing fund. So the next time you drive past a yard sale and see a big truck with fly fishing stickers on the back window and a bumper sticker that says, “I Brake For Yard Sales,” that’s probably me. So please save me a spot on the river.