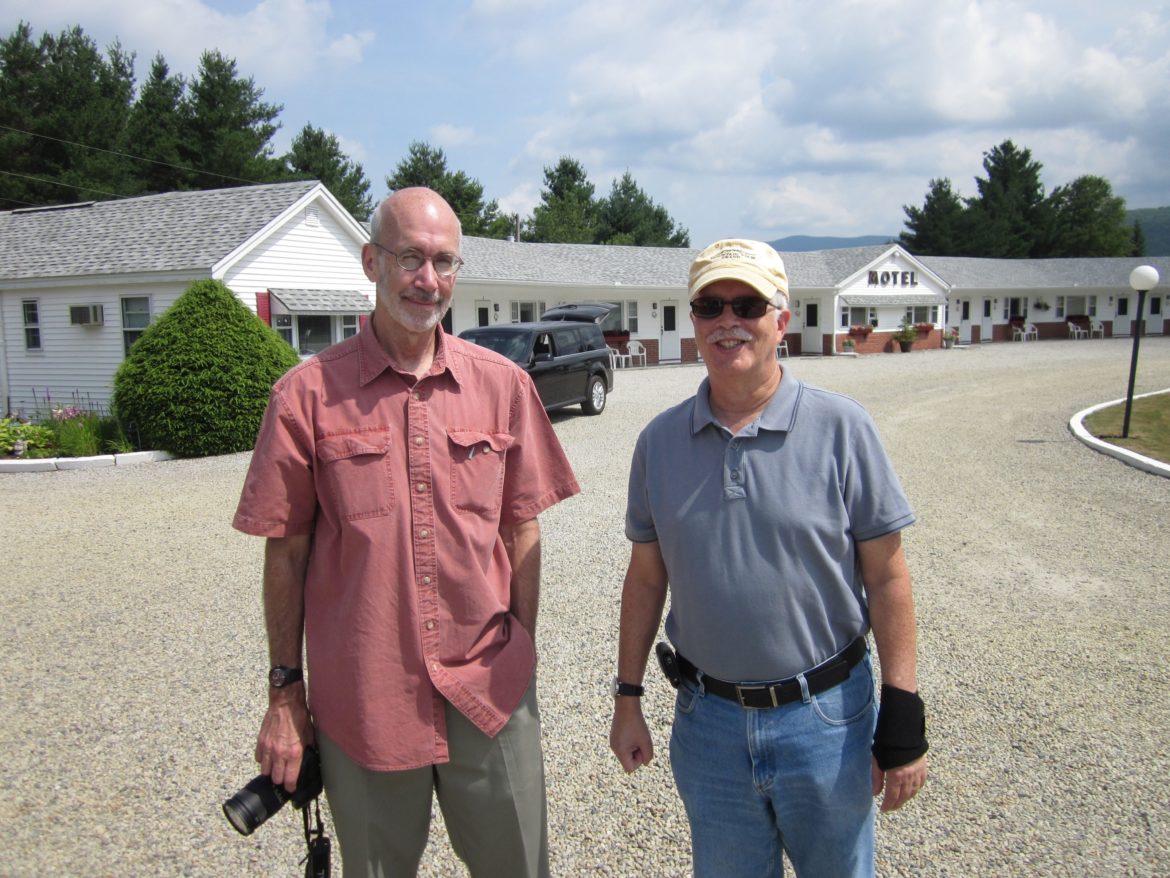 Mark Okrant is pictured with Chris Jensen in Twin Mountain.

I’m nuts about motels. Sadly, the heyday of mom-and-pop motels passed nearly a half century ago, to be replaced by cookie-cutter chain inns, mega-destination resorts, and condominiums.

The culprit in this story emerged in 1956, from the minds of the Eisenhower administration. Using funds from the Federal-Aid Highway Act, construction of the interstate highway system began in New Hampshire during the Kennedy administration. By the time the final link, the Franconia Notch Parkway, was completed in 1988, many motels had passed into oblivion, with others to follow. 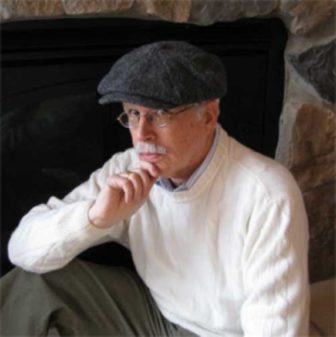 A few years ago, while doing research for my book, No Vacancy: The Rise, Demise, and Reprise of America’s Motels, I discovered that the predecessor of I-93, Route 3, still supports numerous vestiges of travel as it was back in the 1950s and 60s, when it served as the state’s principal north-south route.

During those years, everyone from vacationing families, to traveling salesmen, to headliner entertainers such as John Wayne and Johnny Mathis, patronized motels.

Before the Interstate system, Route 66, the Boston Post Road, and Route 3 were lined with heavily patronized motels and motor courts, diners, general stores, and captivating roadside attractions. Families engaged in touring travel—they drove in a circuit from home toward adventure, generally for one week at a time.

Traveling salesmen used these same services. Along the way, many took the time to stop at places that captured their fancy. The end of the day provided time for a quick meal and a soft bed, before starting fresh the next morning. In those simpler times, roadside businesses didn’t need a multi-digit marketing budget. They simply placed a sign on the side of the road, and travelers stopped. A neon ‘Vacancy’ sign was as high tech as things got.

All this changed with the appearance of the Interstate because people made the decision that being there, not getting there, was more than half the fun. Thus, destination travel replaced touring in the minds and wallets of vacationing families. The impact was swift, and far-reaching.

A contemporary count will show that more than three quarters of the US motel properties in existence by 1960 are gone. Some were eradicated by wrecking balls; others have been converted into condominiums, storage sheds, and other uses. Today, where one of my favorite old lodging properties, the Blue Bird in Gilford once stood, there is a Shaw’s supermarket.

There is a lesson in all of this. Whether we’re talking about travel or other forms of commerce, it is imperative to maintain one’s functionality. With loss of purpose comes diminished vitality, ultimately leading to demise. Once the small federal and state routes ceased to be significant byways, a majority of the old travel services vanished from the landscape.

Fortunately, this phenomenon has not been universal. Some motels have managed to thrive using what amounts to vintage charm. Seeking to understand this better, I visited two remaining segments of the Mother Road, Route 66—one in central Illinois and the other in northern Arizona.

In each place, property owners joined teams of historic preservationists to ward off the effects of the interstate system. Initially, programs were put into place that stabilized the economic and architectural status of still-functioning, but at-risk, properties.

Next, local groups used money acquired from a variety of public and private sources to promote the experience of touring old Route 66 to generations of nostalgia-motivated travelers.

I continue to believe there is a ready market for 1950s and 60s tourism remnants here in New Hampshire. This will only happen by following the Illinois or Arizona models—using a public-private partnership to create functionality, in the form of an experience that taps into a growing appreciation for nostalgia, and finding the correct promotional tools to bring that message to enthusiastic market segments. 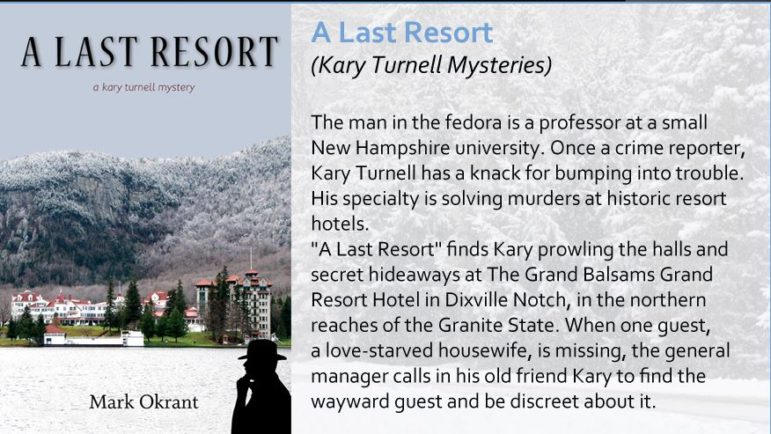