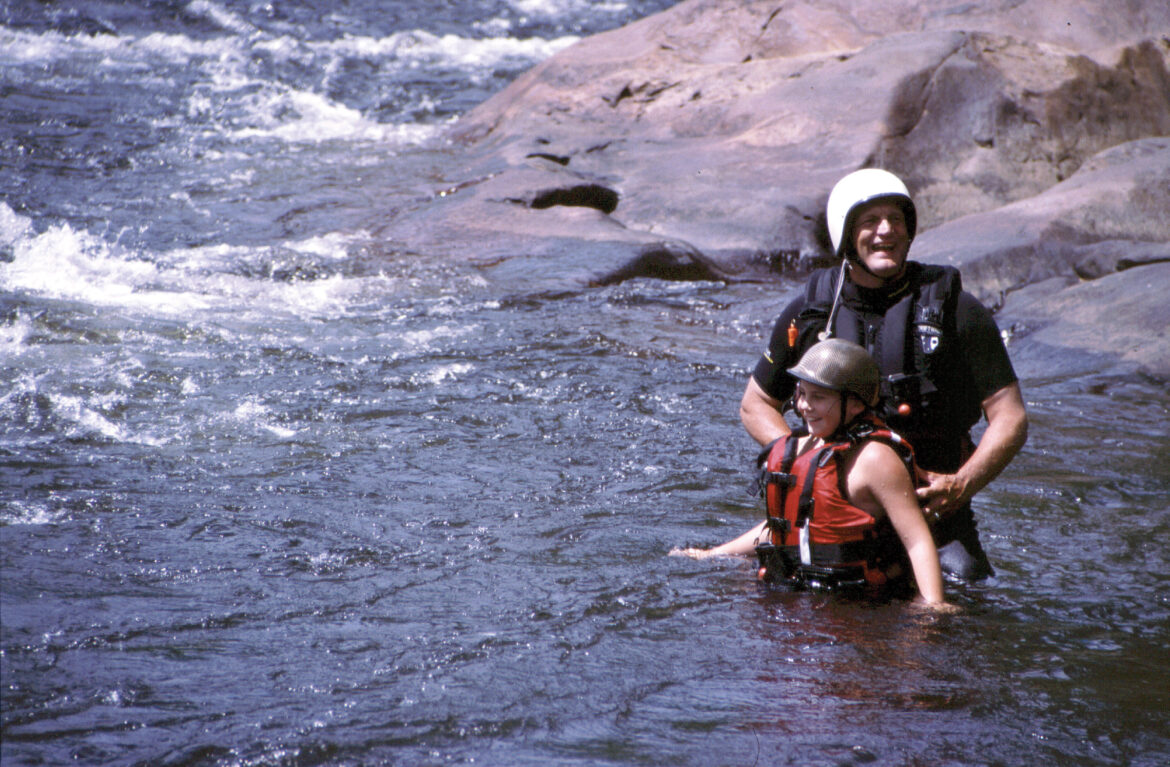 “The freedom to take calculated risks, in business, love, or whitewater, is one of the most cherished prerogatives of a free people. I don’t try to discourage knowledgeable people from willingly assuming risks; but I do work to educate inexperienced paddlers so they don’t get into trouble inadvertently.”

When Charlie Walbridge is characterized as a pioneer in the field of wild water paddling and boating safety he reacts with characteristic modesty. Telling you the names of other greats of the era and their accomplishment rather than crowing about his own.

The rivers that would eventually form the basis for the northeastern transportation network were pioneered by the Iroquois and Abenaki people – and their Algonquin ancestors prior to them. Their bark and dugout canoes formed the basis of the voyageur boats later introduced and paddled by French Traders and capable of carrying hundreds of pounds of furs. These boats, too, were pioneering forms of transport.

In the late 1960s the principle form of boats to travel the rivers of the northeast were open canoes, now employed mostly for recreational purposes. First made of wood and canvas and later aluminum, a hardy group of paddlers had already begun pioneering the development of K1 (Kayak) and C1 deck-covered boats, soon to be followed by twin cockpit hulls employed for slalom and wildwater racing.

What seems to have defined a pioneer under any of these circumstances was the willingness to use one’s own labor to craft the next iteration of boat and the next level of adventure more than anything else. So, under those circumstances, it is fitting that Charlie Walbridge and the other daring and adventurous souls of the sixties and 70s paddling generations should be lionized for the role that they played in bringing on the era’s of creek boats, playboats, slalom, and wild water paddling.

In less than two generations they have advanced the sport of paddling from a race against the wind, with feathers flowing to riding the curl of massive standing waves in a terrain park designed to challenge even the hardiest of paddlers.

Yet even at their “Tekkiest” there is still a deep reverence for our native brothers and sisters who plyed these waters and revered the soul of grandmother earth.

So it was that few were surprised when this year, Charlie Walbridge, an icon of River Safety and a nationally and internationally renowned symbol of adventure and conservation, with deep ties to New Hampshire, was inducted into the International Whitewater Hall of Fame and the Southern Appalachian Paddlesports Hall of Fame.

Wayne King, host of the New Hampshire Secrets, Legends & Lore Podcast caught up recently with Walbridge to celebrate his more than 50 years of adventure and activism within the paddling community.