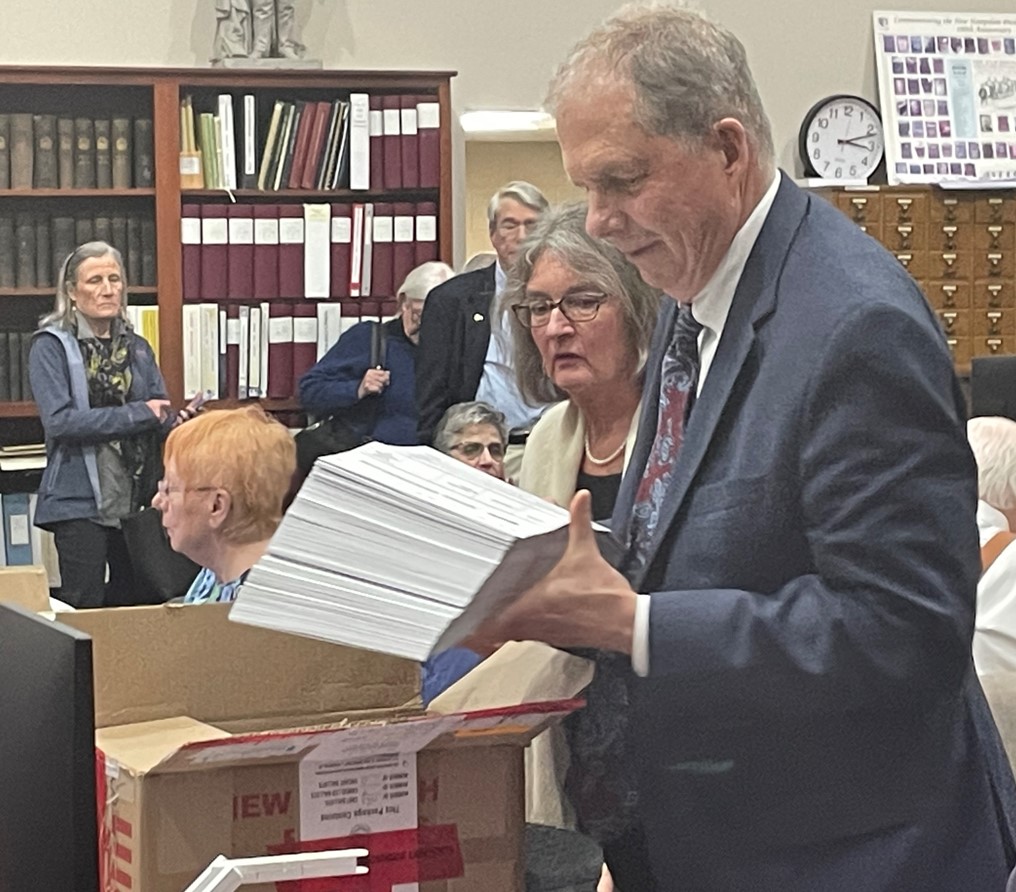 Secretary of State Dave Scanlan is pictured opening boxes of ballots Tuesday to be recounted at the state archives in Concord.

CONCORD – A recount for a House seat in Rochester has ended in a tie between incumbent Democrat Chuck Grassie and Republican David Walker darkening the ever-murky waters of which party will control the New Hampshire House of Representatives for the next two years.

Walker beat Grassie by one vote during the election for Rochester’s Ward 4, 971-970.

Secretary of State David Scanlan said there are challenge ballots indicating it is likely to go to the Ballot Law Commission.
Grassie Tweeted this is the second tie vote in his political career.

The actual control of the House remains up in the air and the recount of 24 House seats is now at a halfway point with two races being flipped from Republican to Democrat on Monday and Tuesday, further narrowing the divide in Concord. Some of the 12 recounts left to go were won by fewer than five votes on election night.

Before the Walker-Grassie recount, which held that the Republican was the winner, the count was 199-201 favoring Republicans.

Barring a change in results when the Ballot Law Commission reviews the contested ballots on November 28, the full House of Representatives will vote to determine the fate of the seat when it meets on December 7.

House Democratic Leader David Cote, D-Nashua released the following statement about the House’s role in determining the seat:
“It is appropriate for the voters of Rochester Ward 4 to ultimately determine who represents them in Concord and House precedent represents that belief.  In prior instances of New Hampshire House races ending in tie votes, the House has voted to call a special run-off election in the district.

“It is logical, fair, and established House precedent that tied elections be determined by the voters of the district.  As New Hampshire’s House Clerk noted in 2014 when producing a memo on tie General Election votes, ‘it appears that the House has been unwilling to intrude upon the wishes of the voters in any particular instance such as this.’”

Cote said the election last Tuesday produced some of the closest results in state history, “none closer than for this House seat in Rochester.  I look forward to the voters of Rochester Ward 4 having the final say on their representation in Concord.”