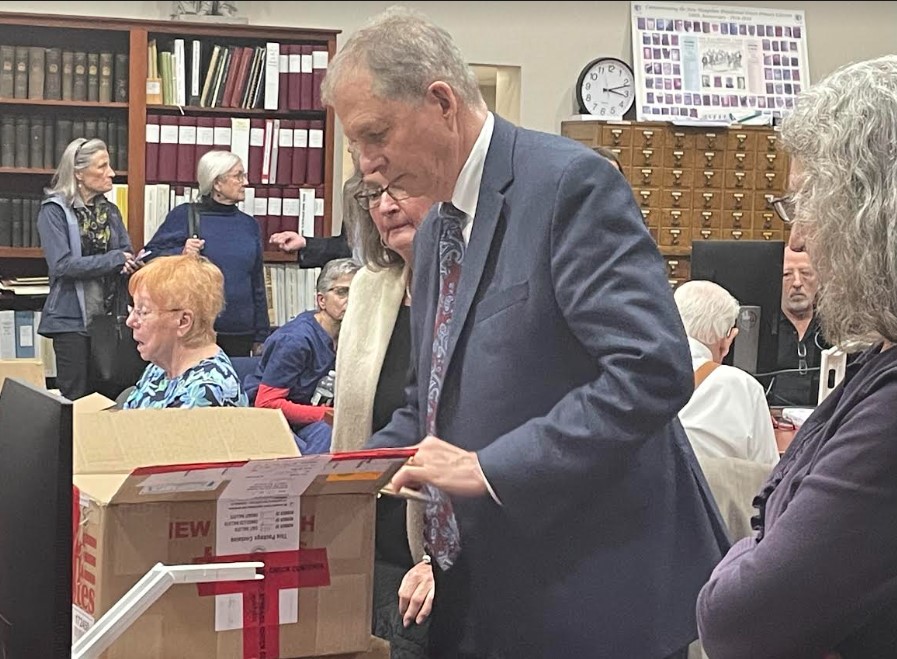 Secretary of State Dave Scanlan is pictured Tuesday at the state archives for Day 2 of election recounts.

CONCORD – A recount for Coos County brought Democrats one step closer to possible control of the House of Representatives Tuesday with the count now 201 seats for Republicans and 199 for Democrats for the next two years with more narrow victories to still be re-counted.

This is the second time a recount has changed the outcome in favor of a Democrat this week.

On Monday, the recount of Manchester’s Ward 6 ended with Larry Gagne, a Republican who initially won, losing to Maxine Mosley, a Democrat by one vote.

Tuesday afternoon brought many people to the state archives in Concord to observe two recounts for House seats from Grafton County, both of which were won by fewer than 10 votes.

There was no change in that outcome after the recount, although a few votes changed.

There are more than a dozen more recounts for House seats, two for state Senate and one for Hillsborough County Registry of Deeds.