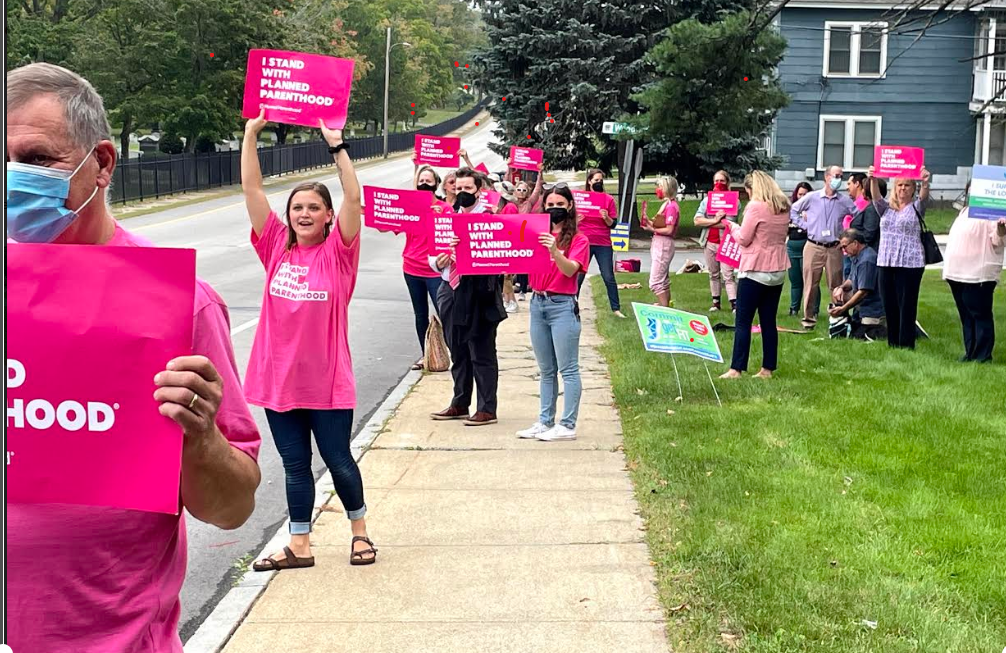 CONCORD, NH – The dangerous and chilling Supreme Court decision to overturn Roe v. Wade continues to be felt across the country and here in northern New England. New attempts to restrict or ban abortion are happening nearly every day, making it extremely challenging to keep up with the current legality of abortion in any given state. Today, one in three women live in a state where abortion is banned.

Consistent with the trends across the country, New Hampshire voters are engaging in the reproductive rights movement in record numbers. Granite Staters are concerned about the future of legal abortion and motivated by extremist candidates who want to restrict reproductive freedom in New Hampshire.

“As Granite Staters head to the polls for our state primary, voters know what is at stake. Since SCOTUS struck down Roe v. Wade, state politicians now decide the legality of abortion, including here in New Hampshire. One in three American women now live in states that have banned abortion – and that number is expected to rise. To keep abortion safe and legal here in New Hampshire, voters must elect politicians at every level of the ballot who unequivocally support abortion access and the full range of sexual and reproductive health services.”

·         Nearly 100 patients have utilized our new direct-to-patient telehealth medication program since May. Patients connect to one of our expert providers securely through phone or video and if we determine they are eligible, then they receive their abortion pills in the mail.

·         Many patients have shared with us that they traveled to our region for abortion care because they have friends or family in the area.

·         A patient who called us seeking abortion care in New Hampshire ultimately did not book the appointment when they heard New Hampshire Medicaid does not cover the service.

·         There has been a surge in new people wanting to get involved with the Planned Parenthood New Hampshire Action Fund since the Supreme Court leak in early May and the Dobbs decision on June 24.

o    Volunteer Prospects: 1,230 people expressed an interest in volunteering with PPNHAF since the end of June.

o    Activists: The number of activists has grown 40% since May, to 2,372 in New Hampshire (activists are people who take action to support Planned Parenthood)

o    Supporter Network: The number of supporters has grown to 85,000 in New Hampshire, and nearly 250,000 across Northern New England

Planned Parenthood of Northern New England (PPNNE) is the largest provider of reproductive and sexual health care across the State of New Hampshire. We serve New Hampshire residents through 5 health centers in Derry, Exeter, Keene, Manchester and White River Junction, VT. Last year we saw more than 10,000 patients at these sites. PPNNE was named a 2021 Guardian of Excellence Award® winner by Press Ganey, the national leader in health care consumer and workforce engagement. Press Ganey recognizes PPNNE as a top-performing health care organization, achieving the 95th percentile or above for performance in patient experience, out of more than 20,000 medical practices.