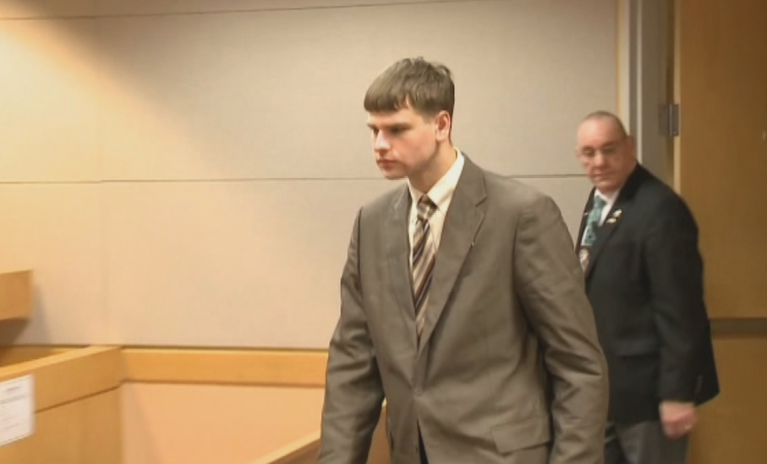 Nathan Carman in court in Concord in May of 2018.

The Office of the United States Attorney for the District of Vermont stated that Nathan Carman, 28, of Vernon, Vermont, was arrested on May 10, 2022, pursuant to an eight-count indictment charging him with the 2016 murder of his mother, Linda Carman, on the high seas, and related frauds to obtain family and insurance funds. Carman will be arraigned tomorrow, May 11, 2022, before Chief United States District Judge Geoffrey W. Crawford.

According to the unsealed indictment, in 2013, Nathan Carman shot and killed his grandfather John Chakalos at Chakalos’s home in Windsor, Connecticut, and, in 2016, killed his mother Linda Carman and sunk his boat during a supposed fishing trip off the coast of Rhode Island. The indictment alleges that both killings were part of a scheme to obtain money and property from the estate of John Chakalos and related family trusts. The indictment further alleges Carman attempted to defraud the company that insured his fishing boat.

If convicted of murder on the high seas, Carman faces mandatory life imprisonment.  The fraud charges each carry a potential penalty of up to 30 years of imprisonment. The indictment is an accusation only and Carman is presumed innocent until and unless proven guilty. If Carman is convicted, the Court will impose sentence based on the advisory Federal Sentencing Guidelines and the factors under 18 U.S.C. § 3553(a).