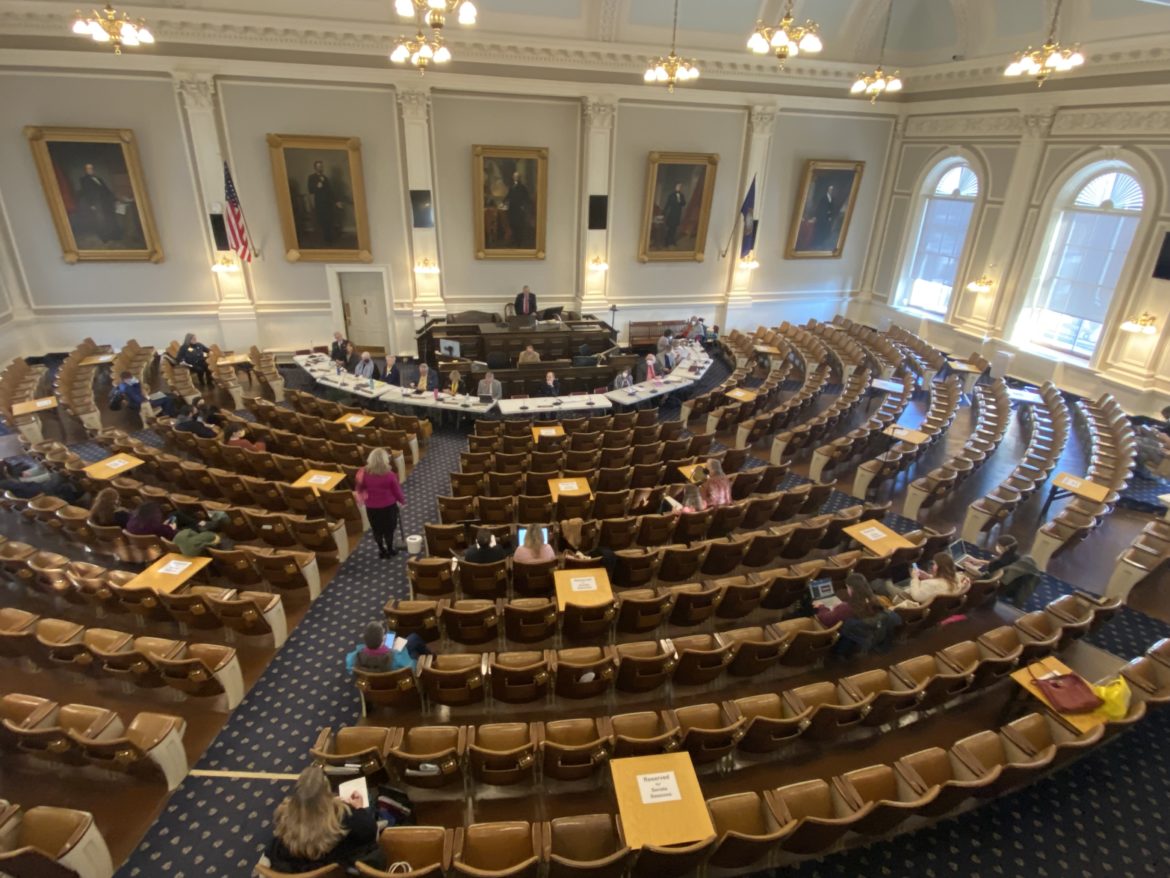 On Thursday, the House Judiciary Committee heard testimony on efforts to enshrine abortion rights in the state Constitution and state law.

One bill, CACR 18, is a proposed constitutional amendment to protect reproductive rights, both to terminate and to have a baby, and House Bill 1674 would enshrine abortion rights in state law as other New England states have done.

Vermont has also begun the process of placing reproductive rights in its state constitution.

Supporters of the bills said for the past 50 years women have had the right to make their own decisions about pregnancy, and the vast majority of Granite Staters want to see those rights retained.

Rep. Rebecca McWilliams, D-Concord, said women have been empowered and are able to make decisions for themselves and their families, like she did when she had a dangerous pregnancy and had an abortion that saved her life.

“We can make decisions that are right for us and for our families and there is no reason for the state to get involved,” McWilliams said. “It is 2022 and women know what we are doing and we will take care of ourselves.”

But opponents said abortion should not be enshrined in the state’s constitution or its laws.

Patrice Myers of Concord said the proposed constitutional amendment is another change to a document that has been changed beyond recognition.

“This flies in the face of life, liberty and the pursuit of happiness,” she said. “You talk about mothers and not about what’s inside her.”

She said abortion snuffs out life and she added God said thou shall not murder and that includes the born and the unborn.

The prime sponsor of the proposed constitutional amendment, Rep. Amanda Elizabeth Toll, D-Keene, said the amendment would protect “reproductive justice” which includes both abortion and the prevention of forced sterilization.

She said she had an abortion when she was a teenager, and although her parents were pro-choice, she they did not have to be involved in her decision.

“That was the beginning of my journey for bodily autonomy,” she said.

While the residents of the Granite State are overwhelmingly in favor of reproductive freedom, Toll said, this Legislature is not, and that is why she wants the issue placed on the general election ballot.

A constitutional amendment needs a three-fifth majority vote from the House and the Senate to be placed on the next general election ballot, and then requires a two-thirds majority of those voting to become part of the constitution.

Several members of the committee were concerned the proposed amendment was too broad and included the phrase “unduly inconvenience” the women, which Rep. Kurt Wuelper, R-Strafford, wondered if a similar phrase ever appeared in any other state constitution or the federal constitution.

Toll listed a series of restrictions such as mandatory ultrasound, parental notification and waiting periods.

“All these things, these reactionary right-wing attacks you see around the country,” she said, “they chip away at reproductive rights and impact access.”

Toll noted that Roe v. Wade is the floor and not the ceiling.

“This opens the door and will help pave the way for reproductive rights in New Hampshire,” she said, and urged the committee to listen to their constituents who support those rights.

Others speaking in favor of the bills said if Roe is overturned by the Supreme Court every legislature in the country will be facing the decision of whether to restrict or protect reproductive rights, and many indicated they believe Roe v Wade will be overturned.

Many states in the south are living without the protection of the federal case, she said, and the situation is growing worse.

“I will not stand by and watch New Hampshire walk down that path,” Pinto said. “This needs to end here.”

The prime sponsor of HB 1674, Rep. Simpson Alexis Simpson, D-Exeter, said her bill would not change any restrictions currently in place such as the 24-week abortion ban enacted last year or the parental consent provision approved earlier.

She said her bill would ensure if Roe v. Wade is overturned, women in New Hampshire would still have access to safe, legal abortions.

Margaret Drye of Plainfield opposed both bills saying so much has changed since 1973 when Roe V Wade was decided by the court.

“We know now what goes on in the womb, the development,” she said, “and that was not available.”

Liz Canada, advocacy manager for Planned Parenthood of Northern New England, said 26 states are ready to outlaw abortion immediately once the court overturns Roe v. Wade. They noted that New Hampshire has had a long history of bipartisan support for reproductive rights.

“It is not a blue issue or a red issue,” they said. “it is an essential health care service.”

The committee will decide what recommendation to make on the two bills Feb. 18.