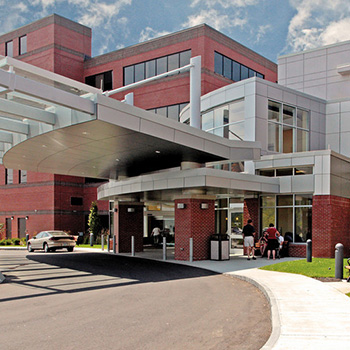 The 96-bed in-patient Portsmouth Regional Hospital facility would be in Epping and would house consolidated behavioral health services.

When contacted about the project Portsmouth Hospital spokesperson Ryan Lawrence said, “We are not providing any information at this time,” and declined to say when they would.

In a letter to the fiscal committee, Shibinette says the federal money would be used for capital defrayment for the project.

“The estimated cost to build the behavioral health hospital is approximately $45 million. The State of New Hampshire would provide $15 million in capital defrayment at intervals throughout the build of the new facility,” Shibinette writes.

“Portsmouth Regional Hospital has committed to run a minimum number of beds for psychiatric care (number yet to be determined), for a minimum of 7 years.”

The facility would also have an additional 15 beds for an outpatient partial hospitalization program, and two specialty programs for adolescents: eating disorders and dual mental health and substance use diagnosis.

According to Shibinette, the hospital would greatly expand the mental health services offered through Portsmouth Regional Hospital.

Health and Human Services communications director, Jake Leon, said the project would serve the entire state and the exact number of minimum beds available would be established in an ensuing contract.

“It’s been something we tried to do for a number of years, now that we have some traction,” Leon said, the agency is moving forward. “It’s been a goal of the 10-year (mental health) plan,” he added.

The new facility should help alleviate the wait for both adults and adolescents in hospital emergency rooms for inpatient beds in psychiatric treatment facilities to open, Leon said.

The project is expected to be completed by the end of 2023.

In her request to the fiscal committee, Shibinette notes the use of funds is allowed under ARPA, “to respond to the public health emergency or its negative economic impacts.”

The department is planning to enter another defrayment health care project in the next two years as well, Shibinette wrote to the committee.

Last fall Gov. Chris Sununu announced the state would buy Hampstead Hospital, which has contracted with the state to provide in-patient psychiatric care for children during the pandemic.

The fiscal committee and executive council approved $15.1 million in federal recovery money to purchase the 111-bed facility, although staffing shortages have reduced the number of patients to about 40.

The state has grappled with adolescents stuck in hospital emergency rooms since before the pandemic began. However, the pandemic greatly increased the number of children needing inpatient psychiatric care.

In the state’s biennial budget, the legislature approved $30 million for a new  forensic psychiatric hospital adjacent to New Hampshire Hospital.

The facility would replace the secure psychiatric unit at the state prison in Concord.