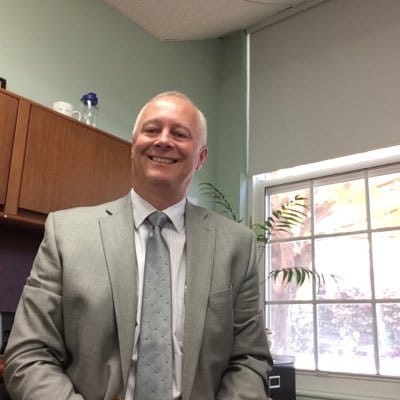 CONCORD — The State Board of Education received many suggestions for changing proposed rules for the ”education freedom account” program and for reining in remote learning for extended periods of time.

School officials turned out to oppose the rules that would govern remote learning.

Under the proposed rule, schools that shut down for remote learning because of health or safety concerns such as a surge of COVID-19 infections, would have to make up the days of remote learning at the end of the school year, like districts do if they exceed the time allowed for snow days.

According to board chair Drew Cline, the rules are an attempt to balance parental concerns with school board decisions.

But a number of school officials said decisions about closing schools for health and safety reasons should be a local decision, not something decided by state education bureaucrats.

Feneberg said the board objects to losing its authority to authorize multiple instructional platforms, which was very successful last year with in-person classes offered as well as remote learning.

The district firmly believes in-person education is the best option, but believes decisions on the health and safety of its students and staff should be made at the local level, Feneberg said.

The board would like the current rules to remain in place to allow students to benefit from all options, he said, which has the support of parents, students and staff.

“Allow the board to respond with flexibility,” Feneberg said, “to the make a locally relevant decision prioritizing the health and safety of students and (staff,)” he said.

He said the proposed rule would take away that authority and the flexibility to decide if schools should be closed for a week, two weeks or a month.

“We just want to have local control,” Feneberg said.

Monadnock Regional School District Superintendent Lisa Witte, made similar requests to leave the current rules in place, saying the current situation is better than having to close schools for a longer period for a large outbreak.

Janet Ward of Hopkinton chastised the board for being willing to remove a school’s accreditation for closing any school based on the best scientific evidence to protect children and staff.

“I believe the action you are contemplating is unconscionable,” Ward told the board.

Brian Hawkins of the National Education Association of New Hampshire, said there are numerous concerns about the proposed rule.

While his organization believes in-person learning is best and remote learning should be used sparingly, he reminded the board that Gov. Chris Sununu recently said he expects a significant surge in COVID-19 this winter.

“Why take this option away from school districts,” he asked.

School districts have had little help with mitigation efforts from the state, he said, and now the department wants to turn around and penalize schools when they go to remote learning.

“This sends the wrong message that I do not think the state board wants to send,” Hawkins said, “that the health and safety of educators and students is not a priority.”

He urged the board to go back to the drawing board.

Officials of organizations representing students with disabilities also opposed the rule, and suggested special exemptions are needed to address the needs of some students who are at risk in an in-person setting.

Karen Rosenberg, senior staff attorney for the Disabilities Rights Center, said remote learning did socially isolate some students with disabilities but also is the preferred method for those who are immune compromised or at risk in other ways.

But she noted school districts are not required to provide remote learning if requested by parents or if it would be the most appropriate method for a student with disabilities.

“I would encourage you when you think about how education is delivered,” Rosenberg said, “it is really important that people with disabilities are taken into account.”

Former Rep. Susan Ford of Easton and a retired educator said decisions on the health and safety of schools need to be made on the local level, not in Concord.

There are currently huge COVID-19 surges in Berlin, Gorham and Lancaster, she noted, and said she would like to see schools move to hybrid learning to deal with the health impacts.

The board also heard from people about the rules proposed for “education freedom accounts,” or vouchers.

Several people testifying said the rules needed to be tightened up to better address the potential for abuse, that there is little in the way of accountability for how state taxpayer money is spent.

“I hope you ensure the program is going to the purpose which you have stated,” said Manchester Board of School Committee member Jim O’Connell. “I worry about people abusing the system and use state funds for improper purposes.”

Hawkins noted there are areas where “more guardrails are needed,” adding an awful lot of authority is given to a third-party organization. The Children’s Scholarship Fund New Hampshire is administering the program.

Hawkins also raised the issue of income limits and under the current proposal, once a family qualifies, their income can increase beyond the limit and their student would still receive state aid money.

And he said the board needs to clarify what happens if someone fails a background check under the program, and he urged the board to support changes in the law to deal with its shortcomings.

Attorney Gerald Zelin, representing the New Hampshire Association of Special Education Administrators, said the rules need to clarify what rights a special education student would lose under a “parental placement” to participate in the program.

He said he knows the board is waiting for a ruling by the federal government, but its opinion has not been followed by the courts. Under the provision, special education students participating in the program would have to give up their rights to special services.

He was also concerned the rules allow families to bypass the state special education qualifying protocols, instead allowing a physician in any state to diagnose a student with a disability and be able to receive a higher amount of state aid.

The new program did have support from Kate Baker Demers, the executive director of the Children’s Scholarship Fund New Hampshire.

She praised the board and the department for getting the program up and running in such a short time so it could aid students and parents this school year.

“The rules provide rigorous guidance for operating the program,” she told the board.

While Education Commissioner Frank Edelblut predicted less than 100 children would take advantage of the program the first year, 1,635 students were approved at a cost of about $8 million. The money comes from the Education Trust Fund which is used to provide state aid to public education.

Program supporters say it will allow parents to find the most appropriate education for their child, and will, over time, save taxpayers money.

But opponents believe it will harm public schools, allow state money to be used for religious schools with little to no oversight and will allow private and religious schools to discriminate against students with greater educational needs.

Under the new law, a parent seeking to establish an account, would receive between $4,500 to $8,500 per pupil to spend on tuition to any private, religious or alternative school and on other related educational costs including home schooling, computers, books etc.

The program is open to the parents of a student in public —traditional and charter —  private or religious school, home schooling or other alternative educational programs.

Parents’ income would have to be below about $80,000 a year for a family of four to participate.

Edelblut has been a vocal supporter of the program, which also has the backing of Gov. Chris Sununu.