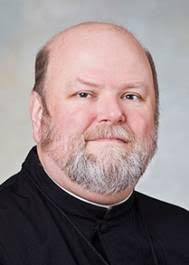 After failing to reach a settlement agreement through mediation, lawyers for Nashua’s Bishop Guertin High School want to have the sex abuse lawsuit brought by a former student dismissed.

While lawyers for the high school and the order deny the claims of abuse, they want the case dismissed now because it was brought after the statute of limitations expired. According to a motion to dismiss they filed in the Hillsborough Superior Court-South in Nashua, the deadline to have brought this lawsuit would have been in 2008, 12 years after her 18th birthday.

The plaintiffs attorney will be filing a response to the motion to dismiss in the coming weeks.

“The New Hampshire legislature recently fully eliminated the civil statute of limitations in sexual assault cases, recognizing that survivors of sexual assault should not be bound by arbitrary timelines in their pursuit of healing and justice,” Grady Sexton said. “Statutes of limitations in these cases only benefit perpetrators, and the right to justice should never have an expiration date. We commend this courageous survivor for speaking her truth and sharing her story.”

According to the lawsuit, McEnany was convicted in 1988 of sexually assaulting a 15-year-old girl when he was a teacher at the St. Dominic Regional High School in Lewiston, Maine. St. Dominic was also owned and operated by the Brothers of the Sacred Heart. As a result of that conviction, McEnany was required to register as a sexual offender.

In 1990, Bishop Guertin hired McEnany to be a teacher in Nashua, a fact not in dispute in the legal filings. Instead, attorney for the school and order David Pinsonneault, argues that given the public knowledge of McEnany’s conviction, the plaintiff had all the information she needed to bring the lawsuit.

A former administrator at Bishop Guertin said the school knew about McEnany’s record when it asked him to teach at the school in 1990, but did not think he would pose a threat because Guertin was an all-boys school at the time, according to an Associated Press report. The school began admitting girls in 1992.

The alleged victim started attending Bishop Guertin in 1992. In November of 1995 when she was a senior, McEnany allegedly forced himself on her in a classroom, according to the lawsuit. The lawsuit alleges at least one other incident of sexual assault.

McEnany would end up getting arrested in 1997 for failing to register as a sex offender, and being a teacher despite being a sex offender, which is illegal in New Hampshire.

Bishop Guertin is considered a private school, and not a part of the New Hampshire Catholic Diocese.