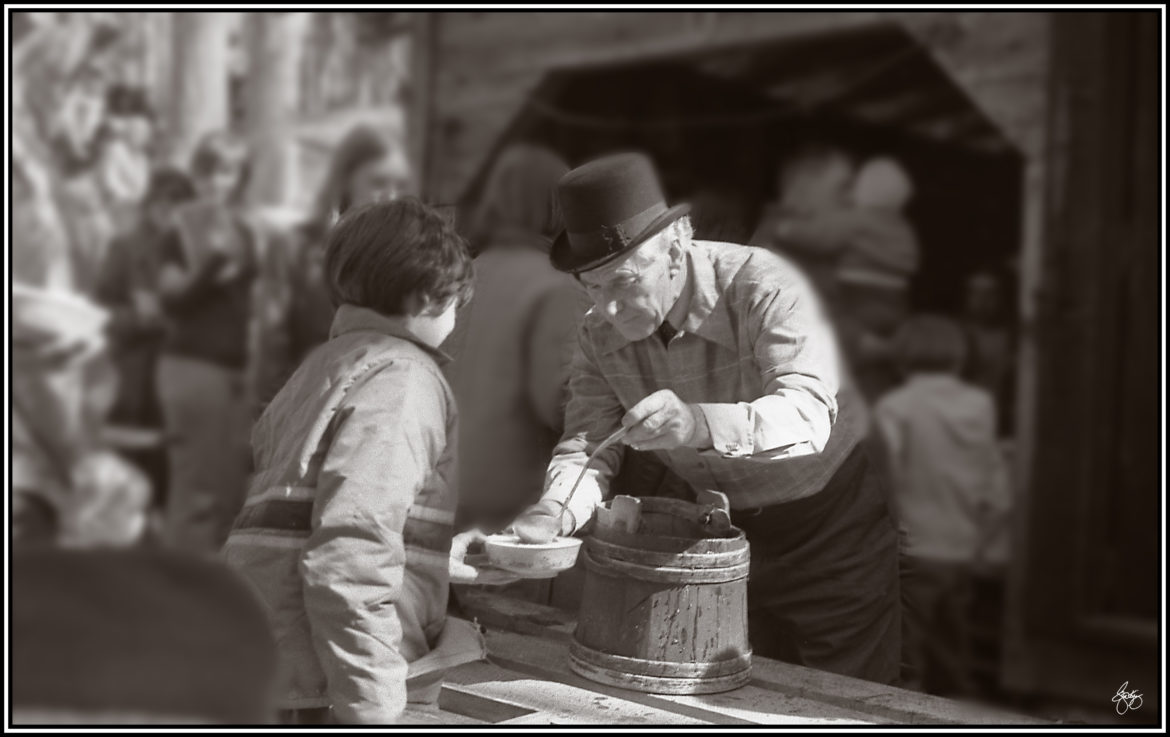 I remember as if it was yesterday, though at least 45 years have passed.

Warm spring Sundays, filled with the hope that spring always brings. Sun shining on my face as I left church and greeted Uncle Harry at the door. Uncle Harry was a deacon in our church and he wasn’t my uncle – he was everyone’s uncle.

His kindly face, worn with the seasons of a Yankee native’s life, would beam as he leaned down to remind me of the sugaring off party at his sugarhouse that afternoon and called me “dear” in that rich North Country accent that resonates still in my brain.