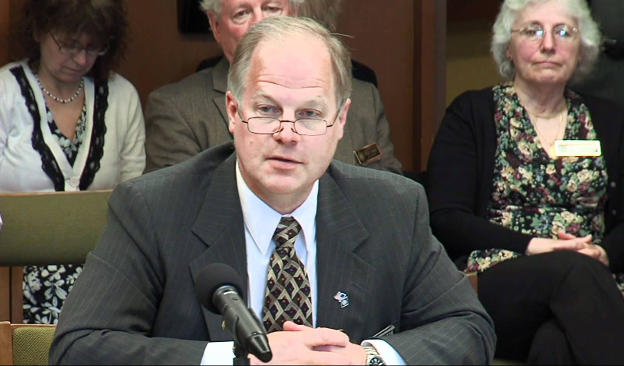 By Rep. Dan Itse
View From Inside

Since the failure of the House of Representatives to pass HB1 (the operating budget) and HB2 (the capital budget), there has been some controversy regarding the New Hampshire House Republican Alliance (NHHRA).

His response was to work with a number of stalwart Republicans to create a caucus to promote Legislation that was supported by either The Constitution of the State of New Hampshire, The Constitution for the United States, or the NHGOP Platform and to oppose those that specifically violated those documents.

One key characteristic is that there has never been a membership list. There were meetings on Tuesday mornings to discuss upcoming legislation, to which any member of the Republican party was welcome.  Some of the founding Representatives include the following in alphabetical order: Sen. Mary Brown, Sen. Robert Boyce, Hon. Kevin Camm, Hon. Tom Colburn, Hon. Loren Jean, Hon. Patricia Krueger, Hon. Paul Mirski, Hon. John Simmons, and Hon. Kevin Smith.

One of the first actions of the NHHRA was requesting roll call votes which were at that point a rarity.  Roll call votes are where the members have their names recorded along with their vote on the Committee Report.

When I came to the Legislature in 2001, the Score Cards were created by taking the roll call votes of a respected member such as Hon. Paul Mirski, looking at each Bill and determining what the constitutional or platform position was on the Bill.

In 2005, the NHHRA began creating the Pink Sheet. The Pink Sheet provided recommendations on the Bills each Session day for which there is a constitutional or platform position.  Members from each Committee give their positions on each Bill and cite the Articles of the Constitution or Platform Plank supporting or opposing the position.  If there is no identifiable platform position, or if there are competing positions in say the State Constitution, then no recommendation is made.

During this controversy it has come to light that in 1997, a 501-c:3 organization was formed so that the NHHRA could receive donations to pay for the printing of Score Cards and later Pink Sheets, and for meeting space.  The Speaker has taken the position that the 501-c:3 designation makes the NHHRA not a caucus, but a lobbying organization.  Therefore, the NHHRA is no longer welcome to hold its meetings on State House grounds as it has for the past 20 years.  That 501-c:3 status is being dissolved.

In short, the New Hampshire House Republican Alliance is the organized bulwark of Liberty in the State House standing unequivocally for the Constitutions and the NHGOP Platform.