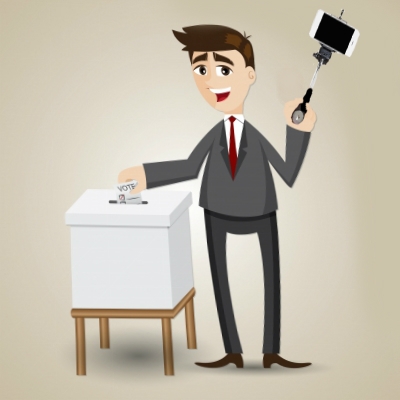 WASHINGTON – Today, in a victory for the First Amendment, the United States Supreme Court declined to review the September 2016 decision of the First Circuit Court of Appeals striking down New Hampshire’s law banning “ballot selfies.”

In deciding not to review the First Circuit ruling, the Supreme Court has allowed that ruling to stand, which ends the case after two years of litigation. The Supreme Court’s order can be found here.

In a 22-page opinion, the First Circuit unequivocally concluded that the law violates free speech rights. As the First Circuit held: “The restriction affects voters who are engaged in core political speech, an area highly protected by the First Amendment …. Ballot selfies have taken on a special communicative value: they both express support for a candidate and communicate that the voter has in fact given his or her vote to that candidate.”

The Court added: “New Hampshire may not impose such a broad restriction on speech banning ballot selfies in order to combat an unsubstantiated and hypothetical danger. We repeat the old adage: ‘a picture is worth a thousand words.’”

This law, which became effective on September 1, 2014, banned a person from displaying a photograph of a marked ballot reflecting “how he or she has voted,” including on the Internet through social media platforms like Twitter, Facebook, and Instagram. Under the law, willfully engaging in this form of political speech was a violation-level offense punishable by a fine of up to $1,000. The law contained no exceptions.

In October 2014, the American Civil Liberties Union of New Hampshire (“ACLU-NH”) brought this lawsuit challenging this law on behalf of three New Hampshire voters, including one member of the New Hampshire House of Representatives. These voters were represented by Gilles Bissonnette, the Legal Director of the ACLU-NH, and William Christie of the law firm Shaheen & Gordon, P.A.

The First Circuit correctly concluded that the law was vastly overbroad. As the First Circuit explained: “At least two different reasons show that New Hampshire has not attempted to tailor its solution to the potential problem it perceives.

“First, the prohibition on ballot selfies reaches and curtails the speech rights of all voters, not just those motivated to cast a particular vote for illegal reasons …. Second, the State has not demonstrated that other state and federal laws prohibiting vote corruption are not already adequate to the justifications it has identified.” In short, the Court concluded, New Hampshire’s ballot selfie ban “is like burning down the house to roast a pig.”

“Today’s decision by the Supreme Court to allow the First Circuit decision to stand is a victory for the First Amendment. The First Circuit correctly recognized that political speech is essential to a functioning democracy. The First Amendment does not allow the State to, as it was doing here, broadly ban innocent political speech with the hope that such a sweeping ban will address underlying criminal conduct,” said Gilles Bissonnette.

“Voting is an act of extraordinary importance,” said William Christie, who is co-counsel on the case. “And it is because of this importance that the First Amendment also ensures that citizens are free to communicate their experiences at the polls, including the people for whom they voted if they so wish. As the First Circuit correctly understood, there is no more potent way to communicate one’s support for a candidate than to voluntarily display a photograph of one’s marked ballot depicting one’s vote for that candidate.”
The First Circuit’s decision impacts New Hampshire, Maine, Massachusetts, Rhode Island, and Puerto Rico.

In this case, Snapchat, Inc., the Reporters Committee for Freedom of the Press, the New England First Amendment Coalition, and the Keene Sentinel all filed amicus briefs in support of the ACLU-NH’s position that this ban is unconstitutional.
The First Circuit’s decision can be found here.