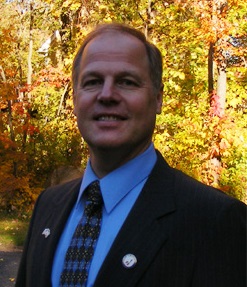 By Rep. Dan Itse, R-Fremont
View from the Inside

This week was a double header.  It was the last week to act on bills that have to go to a second Committee.  Two Session days were scheduled.  Please also remember that part of my goal is to present enough of the floor action that the reader will eventually be able to follow the action without assistance.

One of the more interesting bills considered was HB 133 relative to a jury’s determination as to the applicability of law.  The bill would require the judge to give the Wentworth instruction to jurors with the added caveat that the jury may find the defendant not guilty if a guilty verdict would be unjust.

There were two firearms bills of major interest – HB 201 requiring background check for commercial gun sales, and HB 350 prohibiting possession of a firearm at a polling place.  HB 350 was voted on Wednesday.  The New Hampshire Attorney General has offered the opinion that the New Hampshire concealed carry license meets the qualification for carrying in a school because it is issued by law enforcement.

HB 350 was introduced because many New Hampshire polling places are held at schools.  The Bill was recommended inexpedient-to-legislate (ITL) by the Committee on Criminal Justice and Public Safety. Not only would it have infringed on the right of individuals to self defense, it would have also prevented law enforcement officers from being armed, making polling places into potential killing fields.

The recommendation ITL passed 204 to 144.  HB 201 requiring background checks for commercial gun sales almost sounds reasonable.  However, as is so often the case, the devil in the details.  Its justification was to close the so called gun show loop hole, which doesn’t exist.  However, it was written so broadly that even showing a firearm to a prospective buyer would first require a background check.

In fact even handing your firearm to a friend at a range so that they could try it out, with no intention to sell the firearm, would require a background check.  HB 201 was also recommended inexpedient-to-legislate (ITL) by the Committee on Criminal Justice and Public Safety.  The recommendation ITL on HB 201 also passed 221 to 151.

The thousand pound gorilla in the room was of course right-to-work, SB11.  The Speaker took control of the room and informed the people in the gallery that no heckling or shouting would be allowed, and anyone unable to control themselves would be ejected by State House Security.  He then relinquished the rostrum to Rep. Sapareto so that he could vote on the bill.  The bill had been recommended ITL by the Committee on Labor.

After the defeat on right-to-work many Republicans didn’t return after lunch.  The attendance dropped from 377 during the right-to-work debate to about 335.  As a result two votes were lost: an ITL on HB 238 establishing a committee to study broadband access to the Internet; and an OTP on HCR 4 urging Congress to propose the Regulation Freedom Amendment to the United States Constitution.

The Regulation Freedom Amendment would allow 25% of either the House of Representative of the United States of America or the Senate of the United States of America to require any proposed rule to be considered by the full Congress.  The ought-to-pass (OTP) on HCR 4 failed on a division vote.  Politics is civilized warfare, and all of the same tactics apply.  An experienced warrior never willingly leaves the field until the battle is finished.

Government does few things well, and most things poorly;  therefore, it should do as little as possible.