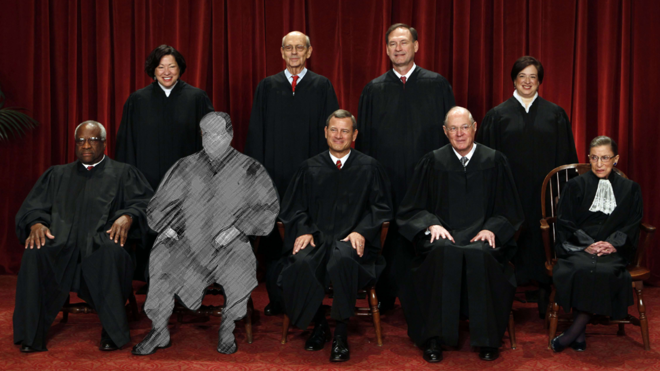 After the court hands a sweeping victory to abortion rights advocates, there was a torrent of analysis on what it means and what comes next.

Yesterday’s Supreme Court decision in Whole Woman’s Health v. Hellerstedt was an unexpectedly sweeping victory for reproductive rights advocates — a “game changer,” said Nancy Northrop of the Center for Reproductive Rights that “leaves the right to an abortion on much stronger footing than it stood on before this decision was handed down,” long-time court-watcher Ian Millhiser wrote.

Abortion foes had hoped the court would use the Texas abortion case as an opportunity to gut not just Roe v. Wade, but also 1992’s seminal Planned Parenthood v. Casey, which held that abortion laws creating an “undue burden” on women were unconstitutional. Instead, the court clarified and strengthened Casey while striking down two of Texas law H.B. 2’s key provisions — strict building rules for abortion clinics and a requirement that abortion doctors have admitting privileges at local hospitals. This could invalidate anti-abortion laws in another 25 states.

The ruling is expected to have a monumental ripple effect, invalidating strict clinic laws in about half the states. Read the story.

Here’s some of the best analysis so far about the Whole Women’s Healthruling, what it portends for reproductive rights in the U.S., and the future direction of the Supreme Court. It should be noted: In the immediate aftermath of the ruling, much of the insta-commentary came from the left. Abortion opponents harshly criticized the decision but didn’t offer much in the way of analysis or predictions about their new way forward. As that changes, we’ll update this post.

Texas lawmakers overreached — and the result is likely to be a disaster for the anti-abortion movement. So says Millhiser at the liberal site ThinkProgress. H.B. 2 was supposed to provide abortion foes “with a vehicle to drain what life remains in Roe v. Wade,” Millhiser said. But if anti-abortion groups thought previous Supreme Court rulings opened the door to more and more onerous regulation of abortion, the Whole Woman’s Health opinion “slams that door shut, bolts it, places a bar over it, and pushes a sofa behind the door.” Meanwhile, in an analysis on SCOTUSblog, Cornell law professor Michael C. Dorf described H.B. 2 and similar restrictions purportedly focused on health and safety as “guerilla warfare against abortion itself” — a legally risky ploy that ended up backfiring badly. “Lawyers should be on notice that Justices cannot be tricked into ruling against their druthers, at least if the law leaves any wiggle room at all,” Dorf wrote.

Justice Stephen Breyer’s majority opinion was unmemorable, but masterful.“There’s not much in Justice Breyer’s opinion that’s quotable,” said Linda Greenhouse in the New York Times, who described the tone as “dry, almost clinical.” “But there’s not much that’s debatable either, and that’s what matters.” The fact-filled opinion offered something that’s been missing from the court’s discussion of abortion for the last 25 years, added the Times’ Emily Bazelon: “its focus on women — their health, well-being and ability to access a constitutional right. Maybe that sounds obvious, but in many of the court’s previous rulings on this subject, it has been anything but.” Meanwhile, the fact that a “wonky male justice” wrote the opinion “drains the last modicum of gendered passion from the morning,” said Dahlia Lithwick at Slate. “This isn’t just a women’s case about women’s rights and women’s health. It’s a case about pretextual laws that could have caused untold damage and about the constitutionally protected right to choose, which has been bolstered by a majority of the Supreme Court that includes two men.”

Justice Anthony Kennedy continues to evolve in surprising ways. In two of the most important cases of the term, on abortion and affirmative action, Kennedy broke with his past rulings, noted Slate’s Mark Joseph Stern. “Kennedy’s jurisprudence has entered a bold new era, one less doctrinally rigid and more nuanced toward race and gender in the United States today,” Stern wrote. At the Washington Post, op-ed columnist David Cole praised Kennedy’s “surprisingly open mind”: “Breaking with one’s peers and rethinking one’s commitments are not easy. In our increasingly divided political culture, many of us rarely do…. [I]t’s an attribute especially important in those who hold the power to enforce constitutional law.”

Justice Ruth Bader Ginsburg may be planting seeds for the future. Some court-watchers puzzled over why the Notorious RBG, who signed on to Breyer’s opinion, would bother to write a two-page concurrence as well. Linda Hirshman, author of “Sisters in Law: How Sandra Day O’Connor and Ruth Bader Ginsburg Went to the Supreme Court and Changed the World,” thinks she knows. At some point soon, courts will have to return to the issue of whether targeted regulations on abortion providers (TRAP laws) like H.B. 2 are ever valid to protect women’s health. “She is writing into law the factual finding that abortion is safe, full stop,” Hirshman wrote in the Post, giving future courts the precedential language they need to overturn such laws.

Abortion laws are likely to fall around the country — but not without a fight.By striking down Texas’s tough abortion restrictions, the Supreme Court “has emboldened abortion-rights activists nationwide and imperiled a range of anti-abortion laws in numerous states,” the conservative site NewsMax reported, adding that anti-abortion leaders were “bracing for the demise of restrictions that they had worked vigorously to enact over the past few years.” Clarke Forsythe, senior counsel at Americans United for Life, told Bloomberg that his group doesn’t read the decision ”as foreclosing all clinic regulations and admitting privilege requirements, but it clearly puts a greater burden on the states to give the justices more evidence.” The Supreme Court’s decision only applies to Texas, Vox’s Sarah Kliff and Sarah Frostenson point out. “Each of the other state laws will need to be challenged and also found unconstitutional.”