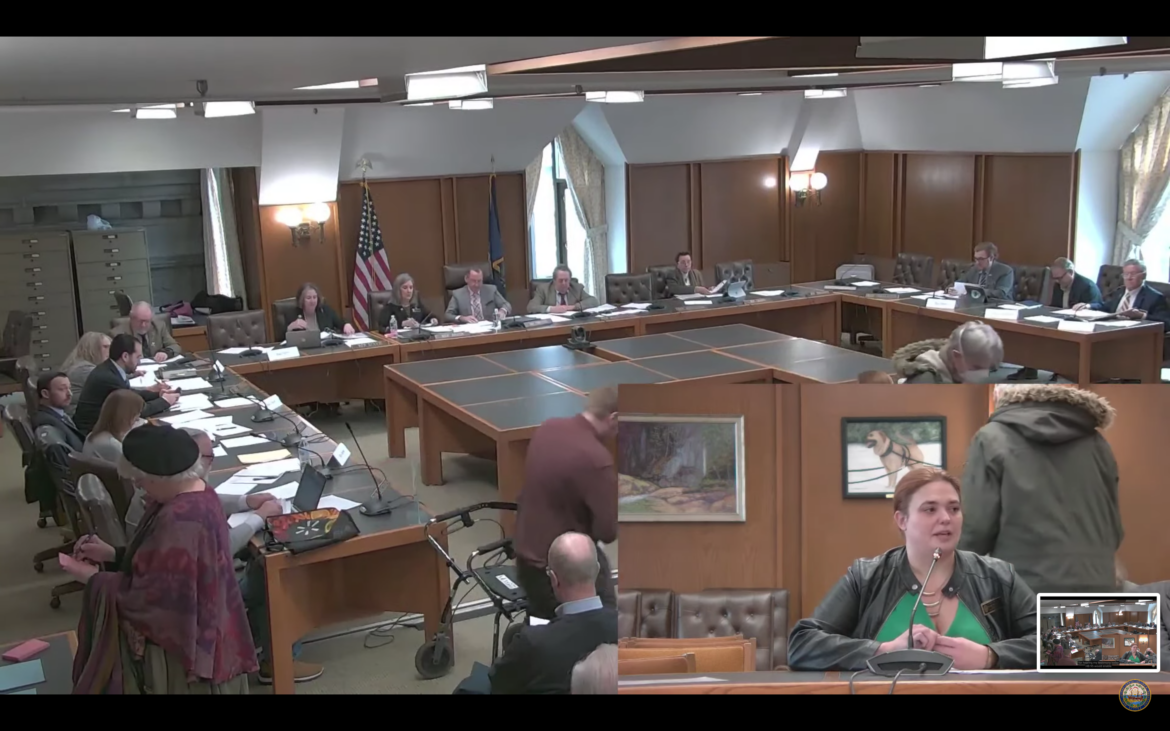 CONCORD — Some lawmakers want to give local officials tools to address skyrocketing rental rates, but landlords say the solution is to build more apartments not create more regulations.

The state’s housing crisis is not only unaffordable houses, but a rental vacancy rate of less than 1 percent in many communities and investors buying multiple-unit properties and raising the rent, often by 50 to 100 percent or more, has created an emergency, advocates said at a public hearing Tuesday.

House Bill 95 would allow local select boards or city or town councils to pass emergency bylaws, which do not need voter approval, to address the issue by such things as caps on the percentage of rent increases, or longer notice for tenants before rent increases. The bill would only apply to properties with four or more units.

The prime sponsor of the bill, Rep. Ellen Reed, D-Newmarket, said the rental crisis has grown worse over the last few years as many people have been forced out of their long-time residences by huge rent increases, forcing them to move to another city or region or even out of state.

“We heard for a long time about the graying of New Hampshire,” Reed said, “how we cannot keep or attract young people to the state. It’s the housing stupid.”

It is impossible to attract young people to the state if there is nowhere for them to live or any place they can afford to rent, she said.

In Newmarket a developer has bought a majority of the multiple family properties in downtown, paying about 50 percent over the market price for the buildings, she said, with the explicit purpose of raising the rent in some cases two-and-a-half times pushing 100 people out of Newmarket in the last year.

“Going into business to displace people from their homes for profit is predatory,” Reed said.

She said her town is trying to deal with this crisis, but there is very little it can do, but her bill would give them the tools they need to try to balance the situation.

Towns have an incentive not to overuse the emergency tools because they need the revenue from increasing property values, she said.

Rep. Kathy Staub, D-Manchester, said her city has a tremendous crisis with a two-bedroom apartment costing between $1,500 and $1,800 a month and a vacancy rate of .3 percent.

She said the impact is across all levels of society not just young people as long-time residents are being priced out of their homes.

“We have 250 people living on the street in Manchester and hundreds more in cars or in hotels,” Staub said. “It is a huge crisis with a devastating impact on our city and it impacts all of us, not just those who cannot find housing. It’s the level of human suffering.”
She said people will say let the market take care of the problem, but that takes time to solve with new housing a year or more off while people are dying on the street and in cars.

“We need to give our elected officials the ability to do something,” Staub said, “because right now there is nothing they can do.”

Nick Norman, director of legislative affairs for the Apartment Association of New Hampshire, said rent control is not the answer and has been rejected city after city as a failed concept.

“This is a gigantic issue across the entire country,” Norman said. “You have the essential problem of supply and demand, there is not enough supply and too much demand.”
He said if you want to solve what is called the housing crisis and not look at increasing supply, you are looking in the wrong place.

“You need to increase the supply of housing,” Norman said, “if you do anything else, you exacerbate the problem.”
Joanie McIntire, president-elect of the NH Realtors Association, also said the problem is not enough housing, not more regulations.

She said the bill would result in a patchwork of differing regulations around the state, which will drive developers away, and she said some communities will use this bill to dissuade developers from coming into their communities.

“The answer to expand the housing supply is not more government regulations, it is less with faster approvals,” McIntire said. “The problem is a lack of inventory and this (bill) makes matters worse.”
But long-time New Hampshire Legal Assistance attorney Elliott Berry, who is now retired, questioned claims that rent control does not work.

He noted in the last few years Portland, Maine adopted rent control as did the state of Oregon. New York and California have millions of tenants protected under rent control, often senior citizens and individuals with disabilities who would be priced out of their homes they lived in for ages, Berry said.

He listed some of the rent increases for individuals that he helped when he worked for Legal Assistance with some doubling and another increasing three times.

“They were dispersed to God knows where,” Berry said. “These are very terrible times.”
He said rent control is not just one thing, but any number of options and he urged the committee to approve the bill.

Jessica Margeson of the Granite State Tenants Association, said she has seen first-hand how the bill would help people facing rent increases, but noted the situation is different in Manchester from Salem.

Margeson said the bill would also help to deal with the fraud that occurred when the federal government was providing rental assistance.

She is working with a woman whose rent was $2,500 a month, but her landlord raised it to $3,800 to get the extra money and told her it would come down when the program ended, but it did not come down quickly enough.

Kerstin Cornell, a Legal Assistance housing attorney, said the question is not just a place to live, that some people have no other option but to live on the street.

She said at least two people died of exposure to the cold in the last few weeks.

Cornell also said she spoke recently to two tenants who could not find an affordable place to live and are leaving the state.

“If (you) want the state to develop diversity you have to make sure there are places to live,” Cornell said. “You have to look at what someone is paid, what is affordable and how you want people to live.”

The electronic sign-in system indicates that 75 people favored the bill and seven opposed it.