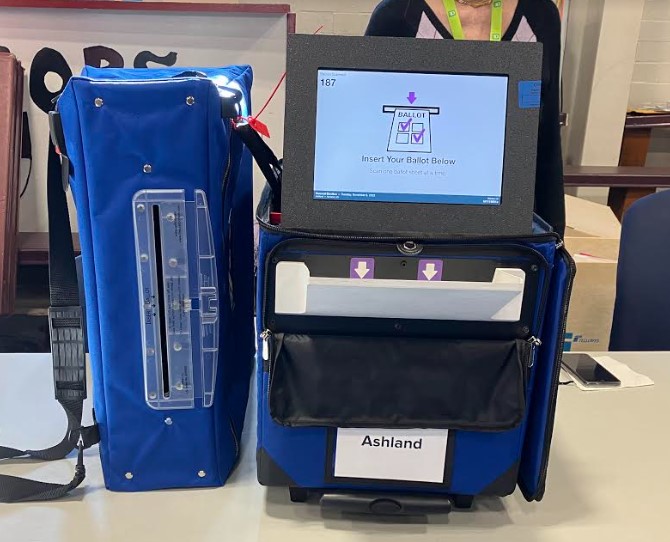 At present, only the AccuVote ballot-counting device is certified for use in this state. Due to concerns over its longevity, the Secretary of State proposed the limited testing of an open-software device produced by the company VotingWorks in an actual election to the Ballot Law Commission, which certifies ballot-counting devices. The Ballot Law Commission approved the testing of the VotingWorks device for the General Election in the towns of Newington, Ashland and Woodstock, who volunteered to pilot the devices.

Representatives of the Secretary of State’s Office were present in each location that used a VotingWorks device and conducted a thorough hand-count audit, pursuant to the Ballot Law Commission’s order, on November 9, 2022 and December 15, 2022. The audit team determined that the VotingWorks devices in Woodstock and Ashland were successful and the results were within expected margins. In Newington, a physical obstruction caused the device to malfunction and a backup AccuVote machine was used for the remainder of the election. The VotingWorks team discovered the cause of the malfunction and made recommendations to avoid it during future use.

The full audit report is available on the Secretary of State’s website at https://www.sos.nh.gov/. Its findings will be discussed at the next Ballot Law Commission meeting on Wednesday, January 11th.