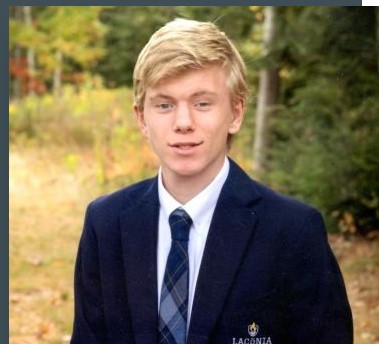 As Mischa Fay’s family prepares for funeral services Monday and Tuesday, NAMI New Hampshire released a statement Thursday mourning the death of the 17-year-old who was shot to death by Gilford police on New Year’s Day.

Reports said Fay, whose family owns Fay’s Marina, was in a mental health crisis when police were called to his home on a report of a resident armed with a knife.

NAMI-New Hampshire, which stands for National Alliance for Mental Illness said: “Such incidents are tragedies for the victim, their family, the law enforcement officers involved and their families, as well as entire communities.”

The Attorney General’s Office is investigating the shooting death and hasn’t released the names of the police officers who tased and shot Fay or what led to it. Police were reportedly wearing body cameras.

NAMI New Hampshire urges all Granite Staters to seek help for themselves and their loved ones if they are struggling. Talk to your primary care provider, call NAMI NH’s information and resource line (not a crisis line) at 800-242-6264 (press 4) or visit www.NAMINH.org for local mental health resources. NH Rapid Response is available 24/7 for calls/texts at 833-710-6477 or at nh988.com and provides a NH-based crisis response.

According to his obituary, Mischa was born in Laconia, the son of Merrill P. Fay and Beth Pataski-Fay.

He loved hockey and played for the Lakers and New England Wolves for many years at the Merrill Fay Arena, his “second home” and loved the movie “Star Wars,” the obituary said.

“Mischa loved, and was so loved by many friends, teachers, and coaches…everyone who had the privilege of knowing him. Many doctors, nurses, and health care workers also adored Mischa during his past two years of declining health.
“Family meant everything to Mischa, and he was everything to his family. Mischa was so kind, sweet, soft spoken, polite, and very giving – always thinking of others,” his obituary said.

NAMI-New Hampshire said: “Addressing the mental health crisis in our state is the collective responsibility of every New Hampshire resident. Together, we must advocate for policies and support to ensure Granite Staters impacted by mental illness are able to access resources necessary to live full lives in their community – lives that are not cut short through tragedy or untreated co-morbid conditions.