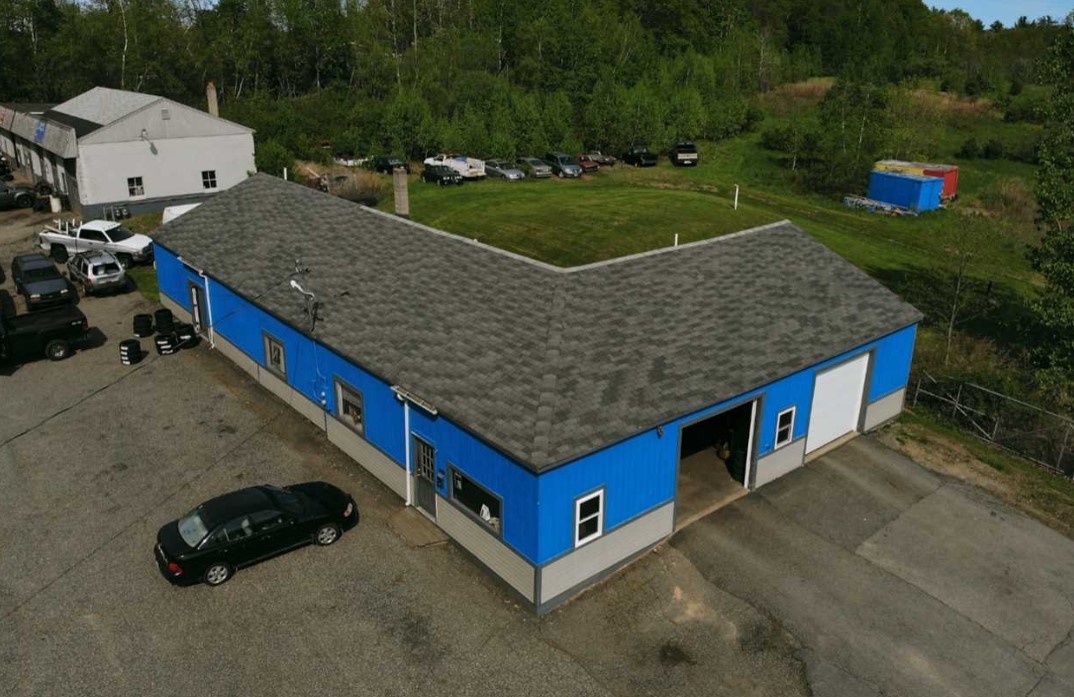 PORTSMOUTH – Banfield Realty is suing the sellers of 375 Banfield Road and its Realtor claiming they knew but failed to disclose contamination on the site before selling it to them for $1.2 million.

The city of Portsmouth is also a named defendant in the lawsuit filed in federal court in Concord on Dec. 30, 2022.

In 2020, Banfield Realty LLC purchased the property from several of the civil lawsuit defendants, including members of the Copeland family, after they and their Realtor, Wayne Semprini, represented that any contamination at the property had been completely remediated, according to the lawsuit filed by Courtney Herz of Sheehan, Phinney, Bass and Green.

“(Banfield Realty) has since learned that the property has been contaminated from multiple sources and releases, dating back several decades,” the lawsuit said.

“…If (Banfield Realty) had been aware of the true environmental condition of the property, it either would not have purchased the property or would have substantially discounted the price it was willing to pay to account for the significant cost that would be required to remediate the contamination.”

Reached Monday by phone Cruz declined to comment beyond the court filing.

Semprini, who is well-known in Portsmouth and New Castle, said he hasn’t been served yet when reached by phone.

“Any claim of misrepresentation on my part is incorrect,” Semprini said. Attempts to reach members of the Copeland family Monday weren’t immediately successful.

In his property listing, Semprini said, “Former Automobile Salvage Yard. Remediation has been completed and a CERTIFICATE OF NO FURTHER ACTION has been issued by the State of New Hampshire Department of Environmental Services. Certificate is in listing documents.”

Before he lists any property, Semprini said he finds out as much about it as he can. Semprini said he asked the sellers if there were any issues with the state Department of Environmental Services because he was aware it was a former junk yard, and was told there had been years ago, but the problems had been mitigated.

The property had formerly been used as a solid waste landfill, automobile repair shop, car-crushing facility, and salvage yard. The lawsuit doesn’t say what Banfield Realty plans to use it for.

Members of the Copeland family owned the property for nearly sixty years starting Sept. 3, 1963 until selling it to Banfield Realty.

Other defendants include Country Motor Sales that operated at 375 Banfield Road that was dissolved in 1989. Some or all of the Copeland defendants were shareholders at the time it was dissolved, the lawsuit said.

Defendant Mountjoy & Carlisle, LLC d/b/a Olde Port Properties was a New Hampshire limited liability company. George M. Carlisle of Portsmouth and Jeffrey Mountjoy are named defendants as is Semprini,  who worked for Olde Porte during the alleged actions, according to the lawsuit.

The lawsuit alleges the sellers knew an environmental consultant had analyzed soils at the property and “documented the presence of contamination including heavy metals, polychlorinated biphenyls (PCBs), and asbestos – facts that the buyer learned after acquiring the property,” the lawsuit said.

The city of Portsmouth is also a defendant in the lawsuit because Banfield Realty said among the materials disposed of on the property was waste building demolition materials deposited by the city in the 1970s during the city’s urban redevelopment.

The lawsuit said Banfield Realty is working with the state Department of Environmental Services and the U.S. Environmental Protection Agency about the historical contamination and cleanup of the site.

In 1992 Jack Copeland submitted a Hazardous Waste Activity Notification Form to DES, identifying himself as the owner of Country Motor Sales, which operated on the property and, which, according to the form, was a generator of hazardous waste, as well as waste petroleum naphtha, oil, and antifreeze, the lawsuit states.

“According to an Aug. 8, 2007 letter from DES, 444 tons of waste oil contaminated soil in the area of the former car crusher was removed from the site in June and July 2005,” the lawsuit said.

According to the same letter, DES determined the arsenic detected appeared to be naturally occurring and not subject to DES regulation.

“After receiving payment from the Copelands for DES’ cost recovery oversight activities, and based on the information available at that time, DES issued a Certificate of No Further Action on Aug. 15, 2007.

According to the lawsuit, on  Nov. 20, 2008, Ransom Environmental Consultants, Inc. submitted a report to DES, concluding that concentrations of arsenic, lead, and selenium all exceeded applicable standards; that PCBs and asbestos were detected at the property; and that building materials and automotive parts were buried in the Lowland Fill Area.

On June 4, 2009, DES wrote to William E. Copeland, who, at that time, owned the property with his brothers Jack Copeland, Kevin Copeland, and James R. Copeland, the lawsuit said.

“DES stated: [T]he [P]roperty will need further investigation with regard to the presence of a solid waste landfill. … Surface soil in the northern portion of the property (area around a previous auto crushing activity) contains polychlorinated biphenyls (PCBs), arsenic and lead in excess of the New Hampshire Soil Remediation Standards …. The presence of these contaminants above established standards requires additional characterization and/or remediation. … [A]t least one monitoring well will be required in this area. … Based on test pit data, the central portion of the property reportedly contains an apparent solid waste landfill (debris includes steel, concrete, brick, burned wood, auto parts (including engine blocks), concrete and entrained plaster and ceramic/porcelain, painted wood, asphalt, roofing, crushed 55-gallon drums, sheet metal, linoleum, a house radiator). … [T]here were soil samples which contained contaminants in excess of the NH S-1 standards for polynuclear aromatic hydrocarbons (PAH), arsenic and lead. Asbestos was reportedly observed in bulk soil samples,” the lawsuit said.

It went on to say “groundwater in several wells in this central portion of the site contained concentrations of PAHs, arsenic, or lead above AGQS. … The asbestos must either be removed or … properly capped, and the site managed with an Activity and Use Restriction. … Sediment samples collected from wetland areas located along the southeastern and southern portions of the site indicate the exceedance of screening thresholds for arsenic, lead and mercury, thereby warranting further investigation….”

Despite apparently not completing any of the work contemplated by DES, the sellers through their agents, marketed the property as fully remediated, the lawsuit alleges.

Banfield Realty’s lawsuit is seeking damages, attorneys fees and a declaration that it is entitled to recover past, present, and future costs of assessment, containment, response, removal, and remediation arising from the presence of hazardous substances, hazardous wastes, or hazardous materials on the property.