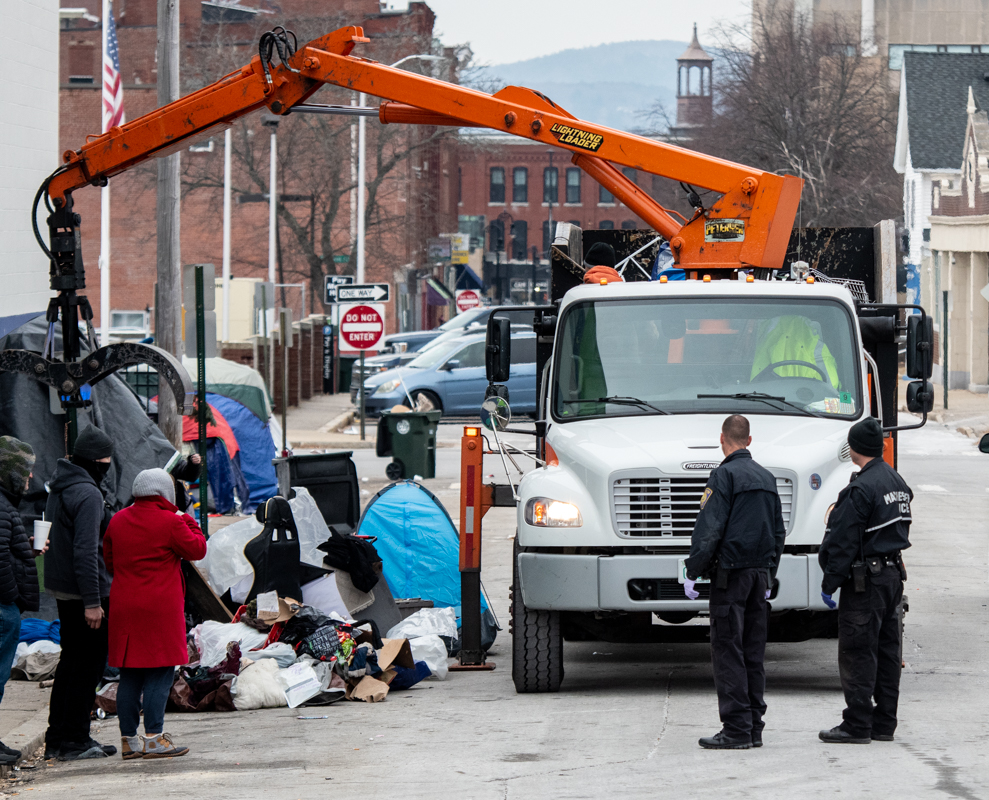 By JEFFREY HASTINGS
MANCHESTER – The Department of Public Works was assisted by Manchester police Wednesday as they worked outside the Families In Transition shelter to clean up trash and abandoned property, including some tents.
Several officers from the Community Affairs Division worked with people living outside the shelter to identify tents and property that had been abandoned. The shelter is at 199 Manchester St.

A tent where the woman was found dead Christmas day outside the shelter was left intact so that her family can remove any belongings and personal items. Police spokesman Heather Hamel previously identified her as 34-year-old Amanda Hartness.

Tents that belonged to people who may be currently in the hospital or receiving services offsite were not removed, according to Manchester Police Lt. Greg DiTullio. Individuals living outside the shelter were helpful, bringing the abandoned property and trash to an area where DPW could pick it up and dispose of it.