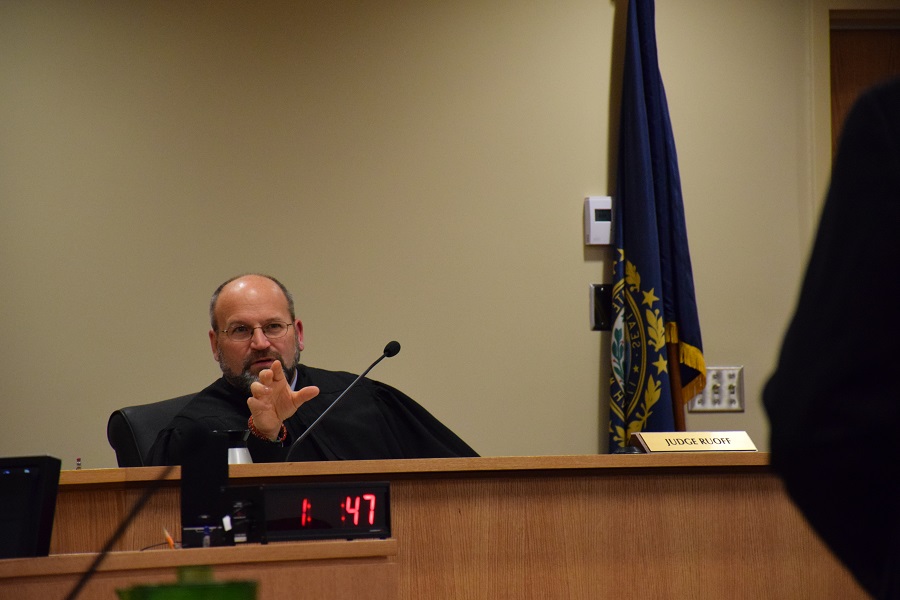 CONCORD — The plaintiffs in the latest education funding suit against the state are asking for a partial summary judgment on the issue of if the Statewide Education Property Tax is constitutional as it is currently administered.

The plaintiffs would like a ruling only on the SWEPT issue before the new fiscal year begins for most communities on April 1 with tax bills going out in May or June.

Earlier this month a superior court judge denied a request to stop the state from setting tax rates for the statewide education property tax because the plaintiffs claim it does not meet constitutional requirements.

Rockingham Superior Court judge David Ruoff denied a request for an injunction, saying it would be too financially disruptive for the affected communities in the middle of a tax year, but did not rule on the merits of the suit.

In a motion filed last week, the plaintiffs attorneys say they are not trying to circumvent the judge’s ruling or asking for reconsideration, rather “the partial summary judgment motion is an effort to obtain a ruling from this Court before the next property tax year begins.”
The attorneys also note the Legislature will be in session in April and able to address a ruling on the issue.

“All of these factors militate in favor of all parties benefitting from a ruling that comes in time for the beginning of the next property tax year,” the attorneys wrote.

And by limiting the question to just the constitutionality of the SWEPT, they say it will facilitate the participation of the intervening Coalition Communities. The issue of whether the state is providing sufficient funding for an adequate education would be settled at trial later next year, the plaintiffs say.

The plaintiffs claim the SWEPT is unconstitutional as it is currently administered because it creates lower rates for about 50 communities which results in the tax not being proportional or reasonable as the constitution requires.

The plaintiffs contend the SWEPT is unconstitutional because some communities pay no money for the SWEPT essentially giving them a $0 per $1,000 rate by having a negative tax rate, while others are allowed to retain the excess money the levy raises to cover the state’s obligation to fund an adequate education effectively reducing their tax rate.

The statewide tax raises $363 million annually, and provides about 30 percent of the state’s obligation for funding public education, while the majority of the money for public education is supported by local property taxes with widely varying rates.

This fiscal year, the state used $100 million in surplus funds to reduce the revenue required to be raised by the SWEPT to $263 million, but also included an additional $15 million to reimburse the towns that generated surplus funds but would not raise that money with the lesser obligation this fiscal year.

When the SWEPT was originally instituted, the excess tax money collected from property wealthy communities was sent to the state and distributed to property poor communities to help fund their educational costs.

The property wealthy communities were allowed to retain the excess money since 2011 in order to eliminate “donor communities.”

The plaintiffs, a number of residential and commercial property taxpayers, who claim the state’s administering of the SWEPT results in higher taxes for them and lower taxes for 47 communities that either raise more money than they need or are extremely small with no or little education costs.

The two provisions amount to between $10 million to $11 million of tax revenue.

In denying the plaintiffs’ requests to stop the Department of Revenue Administration from setting tax rates in the communities at issue, Ruoff said he is taking no action on the merits of the case which will go to trial in September.

He said his concern was granting an injunction would be financially disruptive to the affected communities, many members of the Coalition Communities.

The plaintiff sought the injunction when they filed the original complaint in June, and modified their request later.

The plaintiffs sought the temporary restraining order to block the property tax rate setting, which is complete now, after the original judge hearing the case, Justice Lawrence MacLeod, rescued himself in early November after a hearing on the group’s motion for the injunction.

In his recusal order, MacLeod said until that hearing he did not know Lebanon was a member of the Coalition Communities and he had substantial property holdings in the community.

The case was transferred to Ruoff, who was the judge for the ConVal case challenging the state’s per-pupil costs of an adequate education, $3,561.

In their latest motion, the plaintiffs say there is no dispute that the SWEPT is a state tax and as a state tax has to be proportional and reasonable.

The attorneys quote from the original Claremont decision saying, “Absent extraordinary circumstances, delay in achieving a constitutional system is inexcusable,” but note state lawmakers have yet to devise a plan that meets the provisions of the two original Claremont rulings.

A later decision in a suit brought by Londonderry also required state tax rates to be proportional and not widely varying as the local education property tax rates are.

The plaintiffs claim local property taxes for education have to make up the shortfall in what should be the state’s requirement to provide students with an adequate education and to pay for it.

It was originally scheduled for August when it was before Grafton County Superior Court before Justice MacLeod before he recused himself.