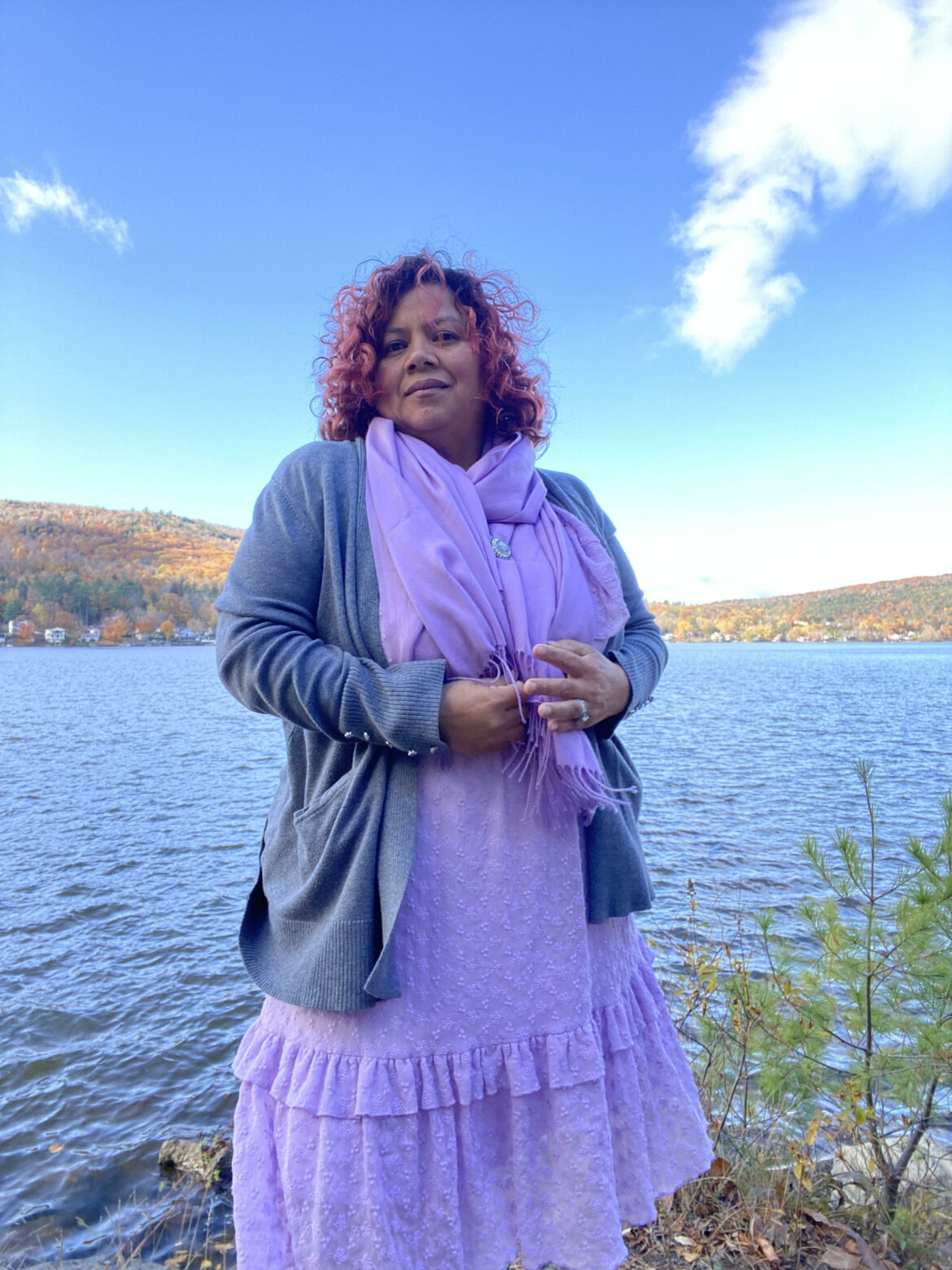 The founder of the New England White Network who targeted state Rep. Charlotte DiLorenzo in October sent an alarming email to Rep. Maria Perez on Thursday and posted a message about her on the GAB social media site.

Both are Democrats. DiLorenzo is Black and Perez is originally from El Salvador.

In his email to Perez, Ryan Murdough said, “Frankly, we are sick of hearing about how awful your people have it in the U.S. First of all, we don’t even want you here.

“We don’t want to be invaded by illegal or legal mestizos. If we wanted to live around Mexicans and other assorted mestizos, we would move to those nations,” the email said.

In the post, Murdough wrote: “Maria Perez is an anti-White mestizo who wants the (sic) flood the US and New Hampshire with as many mestizos as possible. People like her simply need to go back.”

Perez said in an email that she won’t be intimidated by Murdough.

“This attempt to intimidate me as I represent my community will not work. Milford is a beautiful town with people who care about the content of your character, not the color of your skin.

“In this moment of so much pain and struggle for so many, including those here in Milford; it’s important we not play into a divide and conquer strategy which aims to pit working people against each other. I will continue to stand up for the rights of everyone, including Mr. Murdough, and I hope he can join me in this fight for humanity,” Perez said.

“Just weeks ago at the polls, Granite State voters overwhelmingly recognized the importance of elevating voices of color from their communities in our State House. No legislator should ever feel intimidated by racist threats as they do the people’s work.”

“The New Hampshire Department of Justice, along with our local, state, and federal law enforcement partners are aware of this matter and the NH DOJ is looking into it,” said Formella’s spokesman Mike Garrity. “We take threats seriously and prosecute those that meet the threshold of the law codified in the criminal threatening statute, which is RSA 631:4.”

Murdough’s email, sent to DiLorenzo’s legislative email account in October, says, “Because of your support for critical race theory, we have identified you as an anti-White in New Hampshire.”

“We’re going to work on repealing that this term,” DiLorenzo said.

The divisive concept law restricts what teachers can teach, banning public schools from teaching that someone’s race, gender or other characteristics are “inherently superior” to others.

Perez stirred controversy last year when she said on social media that “from the river to the sea, Palestine will be free!”

The Anti-Defamation League says on its website that the chant can be understood as a call for a Palestinian state extending from the Jordan River to the Mediterranean Sea, territory that includes the State of Israel, implying the dismantling of the Jewish state. It has long been used by anti-Israel terrorist organizations such as Hamas and the PFLP, which seek Israel’s destruction through violent means, ADL said.

Perez removed the tweet, but later appeared to defend its sentiments. She was criticized by Jewish organizations and reportedly stepped down from her position on the Progressive Caucus Executive Board last year.

In September, Perez spoke to WMUR about her difficult life in El Salvador before she was sold at age 16 by her family to a marriage in the United States. She grew up during the violence of guerilla warfare there.

Her journey was very difficult, she said, but she became a college graduate at age 40.

She told WMUR she has a new loving husband and became involved in politics to help others.