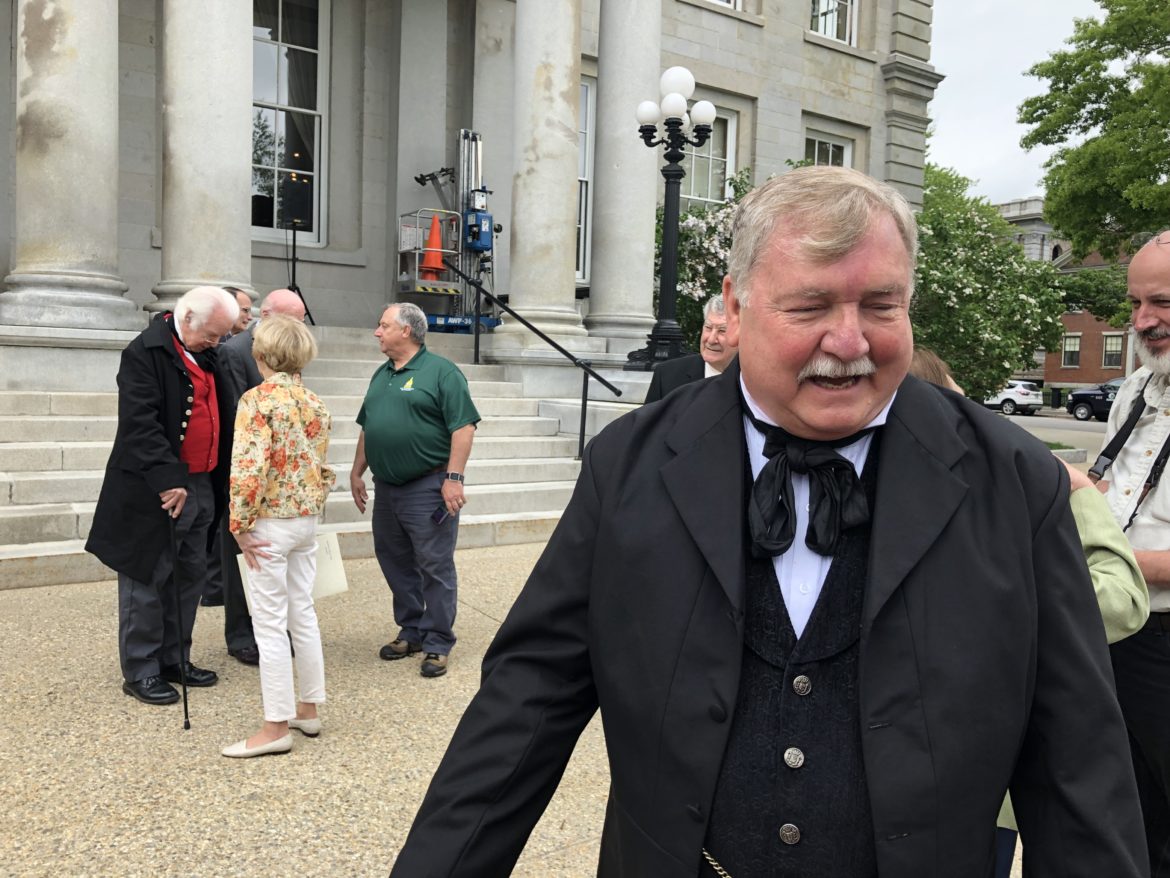 Concord, NH — Joined by more than 60 Democratic lawmakers, longtime Penacook Representative and former Speaker of the New Hampshire House Steve Shurtleff has announced his bid to regain the Speaker’s podium for the 2022-2024 session. The vote to nominate a Speaker will take place at the Democratic Caucus meeting on November 17, 2022.

“With such a closely divided legislature, we need experienced leadership to guide us through the next term,” Shurtleff said. “As Speaker, it will be my priority to move Democratic priorities forward while bringing decorum and civility to this historic House.”

Shurtleff, a retired US Marshal and Vietnam veteran, expressed his gratitude to the dozens of representatives expressing their support, and for the candidates running in this year’s mid-term elections. “I am so honored to have the endorsement of so many colleagues,” he said. “Throughout the campaign I’ve been fortunate to have the opportunity to recruit new candidates and support those running for re-election.”

“New Hampshire voters have spoken,” he added.  “I am committed to keeping the promises made during our campaign and upholding the traditions of the House while advancing Democratic initiatives.”

Shurtleff has held numerous leadership posts in the House during his 18-year tenure. He chaired the Criminal Justice Committee from 2008-2010, was Majority Leader from 2012-2014, Minority Leader from 2014-2018, and was elected Speaker in 2018-2020, a session defined by the COVID-19 pandemic. “Steve led us through extremely difficult times,” said Representative Marjorie Smith (D-Durham). “His deep knowledge of how the New Hampshire House works, combined with his understanding of the complexities of the Speaker’s role, helped us continue to serve Granite Staters despite the challenges of 2019 and 2020. In today’s contentious political climate, we need Steve at the helm to ensure that the voices of all New Hampshire citizens are heard.”

Supporters say that Shurtleff’s term as Speaker was notable in that he was able to galvanize members of both parties to focus on the work at hand, often reaching across the aisle to forge agreements. “It is that spirit of agreement and decorum that I will make sure returns to the House in this session,” he said. “The Democratic Caucus has always fostered debate and discussion within its ranks and, if elected Speaker, I will ensure that all members of the House are heard while maintaining a spirit of civility.”

Shurtleff’s supporters hail from all corners of the Granite State. Many who have served with him in previous terms cite his extensive knowledge of House rules and deep understanding of the legislative process as priorities heading into another tumultuous session. “Steve has that rare ability to ensure that Democratic goals are enacted while applying the legislative process fairly so that all sides of the issues are considered,” said Lucy Weber (D-Walpole).

Those endorsing Shurtleff agree that skilled and experienced leadership will be key to restoring balance in the House in the coming session. “The New Hampshire Legislature has become much too polarized in recent years,” said Mel Myler (D-Hopkinton). “If we are truly to serve the people of New Hampshire, we need someone like Steve Shurtleff to lead the Democratic Caucus, and to serve as a Speaker who commands the respect of the entire House.”