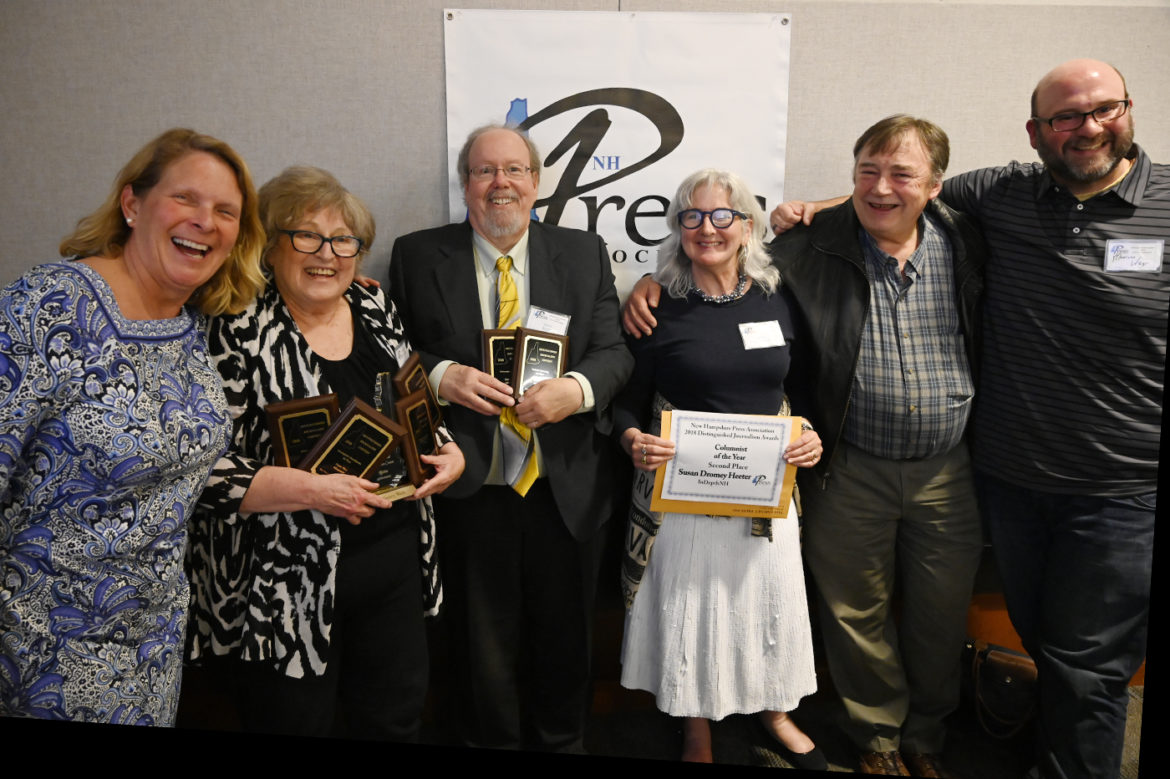 We are thrilled to announce that the Geoffrey E. Clark and Martha Fuller Clark Fund has given InDepthNH.org $10,000 which will be used as a local match for NewsMatch that begins Nov. 1.

That means YOUR donation will be doubled up to $1,000 up to $25,000 – including the $15,000 from NewsMatch funded by the Knight Foundation and other national philanthropic organizations.

Local matches like the generous one just announced Friday by the Geoffrey E. Clark and Martha Fuller Clark Fund through the New Hampshire Charitable Foundation are critical to InDepthNH.org because this year we are working hard to find a sustainable financial path for journalism in the future.

Our goal is to raise $100,000 in local matches and this is an amazing kick off so many thanks to Geoffrey and Martha Fuller Clark.

They have been our inspiration. Last year they donated the seed money to launch our NH Sustainable News Summit project that is ongoing today.

They really understand the need for us and all New Hampshire news outlets to create a new business model to replace the failing advertising-based model newspapers have relied on in the past.

Without them, we wouldn’t be where we are today reporting unbiased news without fear or favor.

It’s not as easy as it sounds or even how I expected it to be when I bootstrapped InDepthNH.org seven years ago, but with folks like Geoffrey and Martha Fuller Clark behind us, I know we will build the business model we need to eventually pay our own way in the business world.

We have accomplished a great deal because of them and all of you generous people. I hope you will have a look at our 2022 Annual Report.

We are experimenting with a new business model that derives revenue in ways that also provide a public service. And I plan to share what we learn with all news outlets.

InDepthNH.org has launched our affordable obituary program and will be unveiling some new revenue generators soon.

We believe there should be one news outlet where people can find the obituaries of everyone who has died in New Hampshire, something that all families can afford and be proud of with no word limit and no pay wall.

In the meantime, we are asking every business and philanthropist in New Hampshire to follow the lead of the Geoffrey and Martha Fuller Clark.

Because of their generosity and others that I believe will come onboard, our NewsMatch donors will see all of their donations up to $1,000 doubled and maybe even tripled between Nov. 1 and Dec. 31 this year. This is our fourth year participating in NewsMatch and it is our major fundraiser.

If I sound excited it’s because I am. And proud to have people like Geoffrey and Martha Fuller Clark backing what we do.