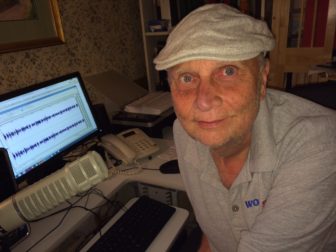 InDepthNH.org podcast producer Roger Wood wonders if the revolution in smart phones and their improvements have actually trapped  us into relying on them all day and night.

Roger Wood is an award winning radio, podcast, newspaper and television journalist, with over 40 years of experience in the media.   Roger has spent his entire professional career in New Hampshire. Roger currently serves as associate publisher and podcast producer at InDepthNH.org.  In 2021 and 2022, he was recognized by the New Hampshire Press Association for his work in news podcasts. Prior to that he was honored for his work in broadcast radio news and public affairs. He has produced news and special feature reports for InDepthNH, New Hampshire Public Radio, NPR, and other public and commercial radio stations.  He also produced spot news for CBS Radio. He has produced and narrated some 50 audiobooks and has written three novels.  Roger has also moderated political forums for Seacoast Area Chambers of Commerce in Senate, gubernatorial and congressional races. He has also facilitated public policy discussions locally and statewide.  Roger and his wife Elaine reside in Portsmouth with their cat Sebastian.