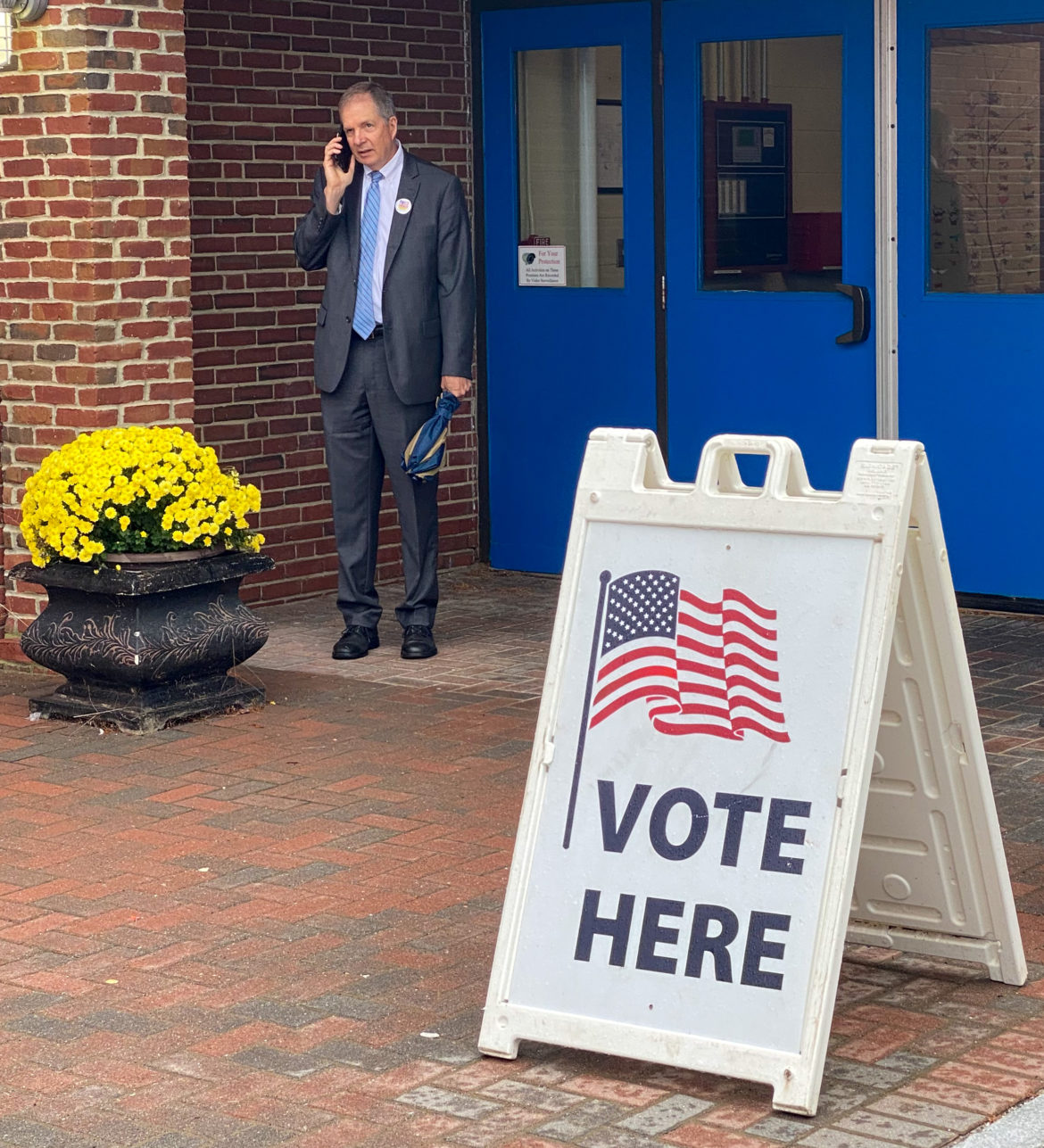 Secretary of State David Scanlan is pictured Tuesday in Merrimack.

CONCORD – As the polls were closing at 8 p.m. Tuesday in the 2022 Primary Elections, Secretary of State David Scanlan was still at the office after a day of touring polling places around the state.

“It was a routine election,” Scanlan said. “New Hampshire knows how to do elections.”
Scanlan said rain in the early morning made turnout appear light during heavy rain in Merrimack.

But later in Londonderry, Derry, and other towns, turnout seemed to pick up, he said.

At 9 p.m., he planned to head home and watch the results and tomorrow start posting the official results on the Secretary of State’s website, which usually takes two days to complete.

Scanlan applauded the election workers. “We have a great team at the state and local level,” he said.

There were no long lines or major complaints. A few minor problems cropped up.

A couple of small towns, New Castle and Woodstock were concerned about having enough Republican ballots, but got more, he said.

“We’ll have a better picture tonight as we watch the results,” Scanlan said.