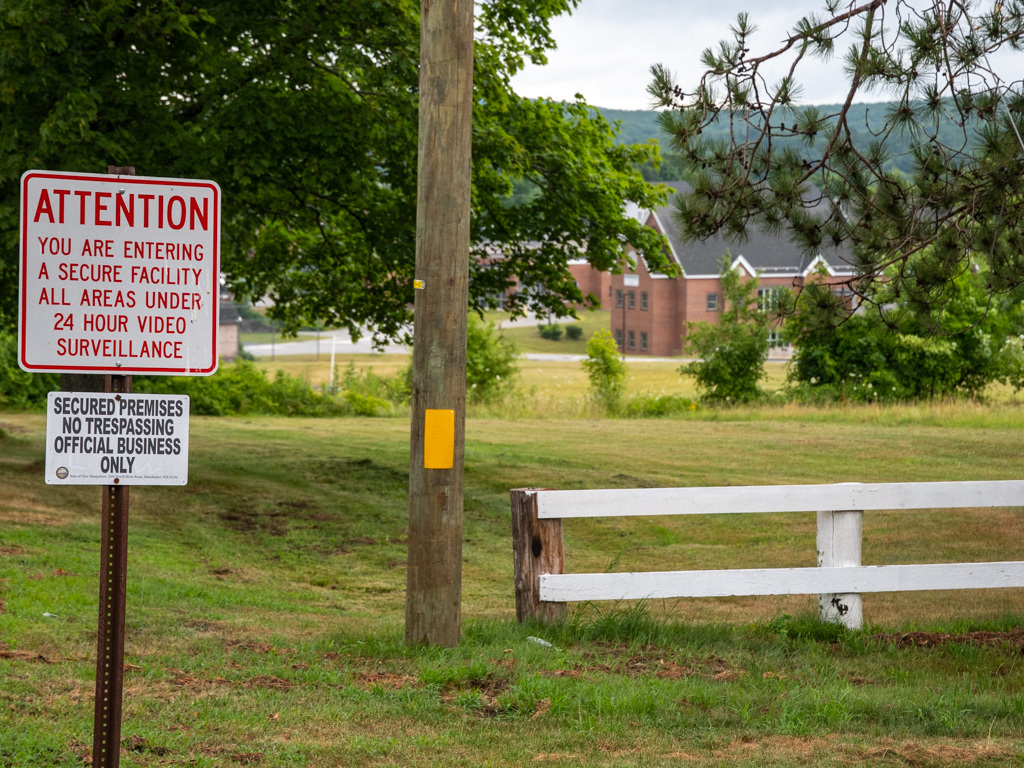 YDC, which is now called the Sununu Youth Services Center in Manchester.

MANCHESTER – Less than a month after police were called to the Sununu Youth Services Center, also known as YDC in Manchester for a report of a “riot,” police were called for more trouble three times so far Friday and today to the locked juvenile facility, although officials won’t say what happened.

“There were three incidents in which law enforcement was called to support the staff at the Sununu Center last night and this morning,” said Jake Leon, spokesman for the Department of Health and Human Services Saturday.

Leon said this kind of incident is common at such facilities, but didn’t say what happened. He didn’t answer a number of questions including how many staff and how many juvenile inmates were on campus at the time.  He also didn’t respond when asked about unofficial reports that someone suffered a head injury.

“The escalations that have occurred are common in a locked and secure setting with a resident population comprised of individuals with a history of severe and violent offenses. The Sununu Center is currently experiencing staffing challenges that are widespread in secured and non-secured residential settings nationwide. While staffing during these escalations was consistent with federal standards, it was a challenge to address the escalations that occurred,” Leon said.

Leon said while it has been infrequent, it is standard operating procedure for staff to request the support of law enforcement to deescalate a situation when necessary to ensure safety.

On Aug. 16 Manchester police and New Hampshire State Police were on scene at the Sununu Youth Services Center juvenile detention facility at 1066 River in Manchester for a reported riot.

Just after 8 p.m. that night a radio broadcast from state police asked that “all available units respond to the Sununu Center in Manchester for a riot.” The Manchester police dispatch log shows Manchester police responding to a riot at 8:06 p.m.

The facility is scheduled to close in the future and currently has few of the 144 beds filled.

Officials said the Aug. 16 wasn’t a riot but it was “initially challenging to control the incident.”

During the Aug. 16 incident, there were 13 youths in that night’s census and 15 staff on site.

Leon said then there would be follow-up steps to the Aug. 16 incident “seeking opportunities for continuous improvement, including Commissioner Lori Shibinette and Joe Ribsam spending time at SYSC tomorrow to review the incident to determine if changes are necessary to ensure the safety of residents and staff.”

InDepthNH.org has filed a right-to-know request under RSA 91a to find more details of what happened Aug. 16 and will write another for what is happening this weekend.

Attorney General John Formella and the lawyers representing 800 YDC victims who have sued the state claiming physical, sexual and emotional abuse when they were held there as children, have been at odds over the $100 million fund legislators agreed to use to compensate victims and Gov. Chris Sununu signed into law.

The state has arrested a total of 11 former state workers accused of the abuse.

The state this week filed a motion to keep one of the accused men from testifying in the civil lawsuit brought by victims, claiming he is too frail and may not be competent.

Attorneys for the victims say this is just another stalling tactic the state is using to hold off the lawsuits.

Formella got approval from lawmakers this week for a revised $100 million settlement proposal. It changes the methodology to determine a victim’s compensation to shorten the timeline of abuse needed to reach the statutory cap and to increase the awards for repeated incidents of abuse.

Attorney David Vicinanzo, who along with Rus Rilee is representing 98 percent of the victims, has been critical of Formella for not meeting with the victims’ lawyers in writing guidelines for how the program will work.