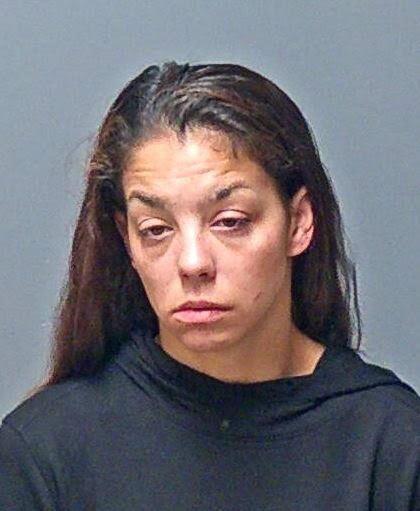 MANCHESTER – Police arrested Kayla Montgomery, 32, Friday after she failed to appear for a court hearing Thursday.

Montgomery, the stepmother of 5-year-old Harmony Montgomery, had been released on bail after being charged with perjury, receiving stolen goods and welfare fraud, but prosecutors suspected she wasn’t adhering to bail conditions.

She had been ordered not to consume an excessive amount of alcohol, or use any narcotic drug or controlled substance and participate in substance use disorder treatment as recommended by a treatment provider.

Authorities recently determined that Harmony Montgomery, 5, was no longer considered missing, that she was murdered in Manchester in early December 2019. Her body hasn’t been found.

Kayla Montgomery’s address on the arrest warrant was listed as homeless, but authorities said she was arrested Friday afternoon at a Manchester residence.

A news release from the Attorney General’s Office said it is anticipated that Kayla Montgomery will be held pursuant to the warrant until the court schedules and conducts a hearing next week, adding no further details were available at this time.

She was living with Harmony’s father Adam Montgomery when police began looking for Harmony.

Harmony had been missing in late 2019, but police were not notified for two years and began searching Manchester for her in late 2021.

Adam Montgomery is being held on charges of assault for allegedly giving Harmony a black eye in 2019 and unrelated weapons charges.
Details of the state’s case against Adam and Kayla Montgomery both can be found here:

The abuse allegation against Adam Montgomery was originally investigated in 2019 by a caseworker with the New Hampshire Division for Children, Youth and Families, who ruled it “unfounded.”

From about Dec. 6 to 10, 2019, Adam and Kayla Montgomery apparently had only their two common children, and Harmony was no longer with them.

In February, Gov. Chris Sununu released a report on the case:

The seven-page report said an anonymous allegation to the New Hampshire Division for Children, Youth and Families on July 29, 2019, that Harmony had a black eye and her father admitted causing it was deemed “unfounded.”

The report also detailed changes recommended in the child protection system as a result of her case. Manchester police started looking for Harmony in late December 2021, more than two years after Harmony’s mother, Crystal Sorey, last saw her on a video phone call on Easter 2019.

Harmony’s disappearance had captured the hearts of many across the country. Donations to the reward fund for information about her whereabouts topped $150,000.

If you have any information about the location of Harmony’s remains or the circumstances of her murder, please call or text the 24-hour tip line dedicated to Harmony Montgomery at 603-203-6060.