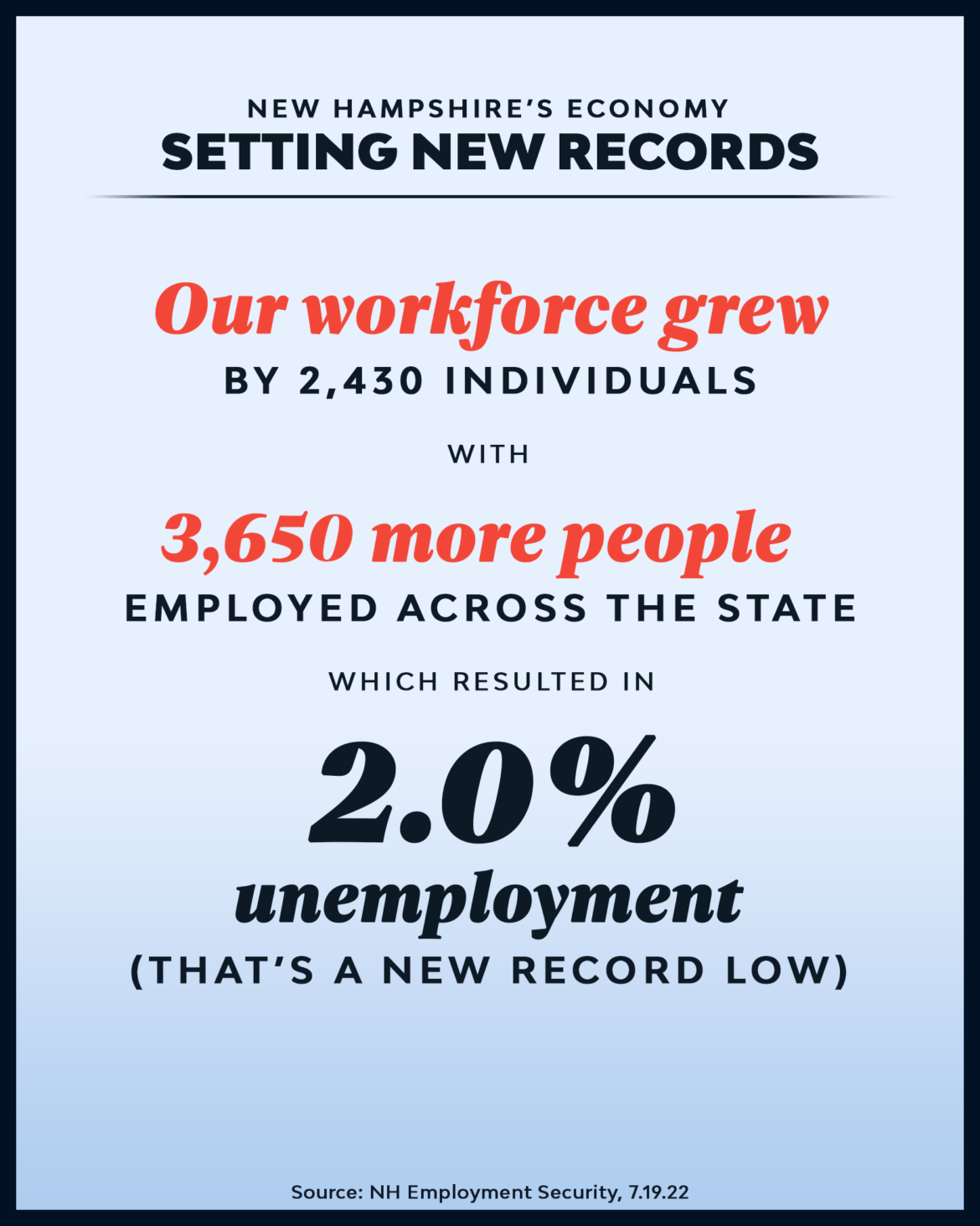 Gov. Chris Sununu boasted about the state’s 2 percent unemployment rate Tuesday, but the spokesman for Dr. Tom Sherman, the Democrat running against him, said government spending is behind the growth in the state’s GDP.

“New Hampshire had the fastest growing economy in the nation last quarter, and now, for the first time ever, we have an unemployment rate of 2% — a record in the 603,” Sununu said in a news release.

“None of this would be possible without the countless employees across the state who make New Hampshire the best state to live, work, and raise a family. We cannot thank you enough!”

“New Hampshire has plummeted in the rankings of best states to do business over the past two years under Governor Sununu, and businesses throughout New Hampshire say they’re unable to fill jobs because of the high cost of housing. If we expanded access to affordable housing and childcare so that people could afford to work here and fill those jobs, then our economy could really soar,” Roberts said.

The NH Department of Employment Security said New Hampshire’s preliminary seasonally adjusted unemployment rate for June 2022 was 2.0 percent. This was a decrease of 0.1 percentage point from the May rate, which remained at 2.1 percent after revision. The June 2021 seasonally adjusted rate was 3.6 percent.