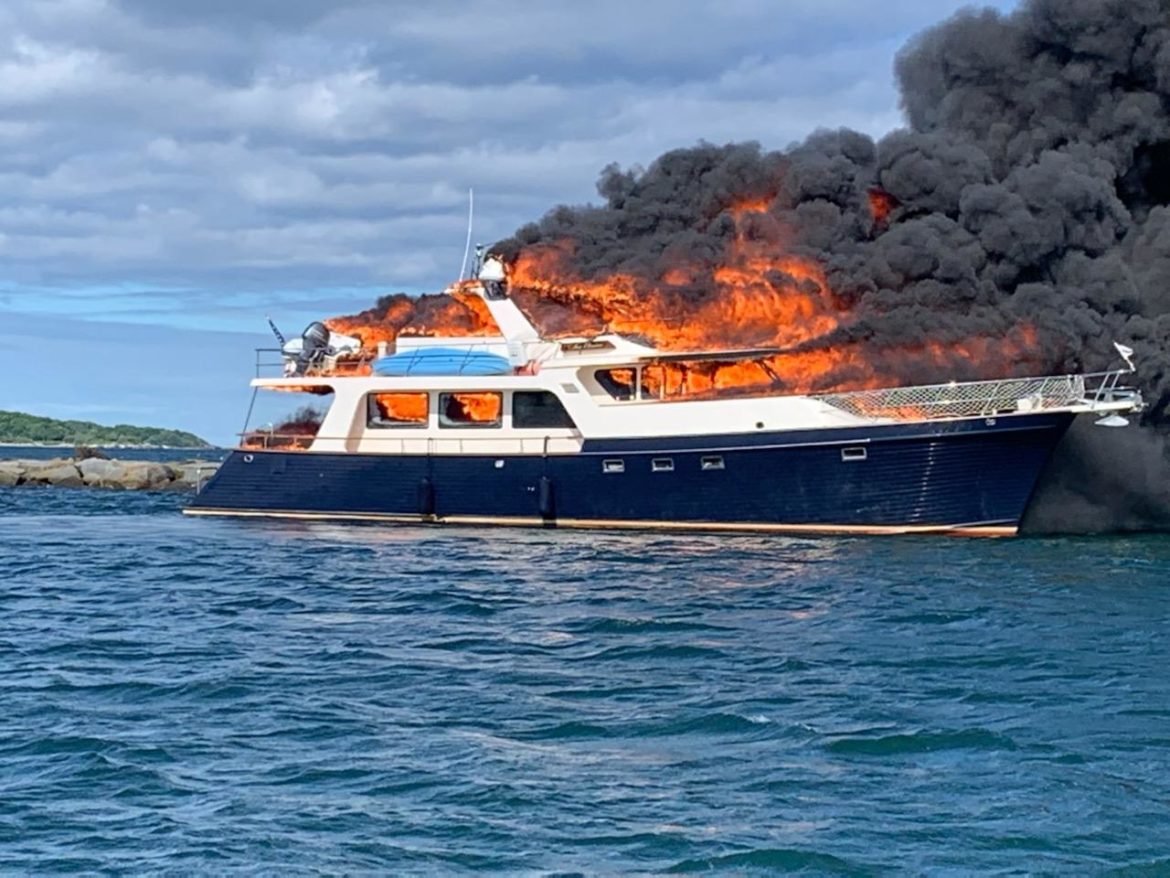 70 foot boat on fire in the Piscataqua River near Little Harbor.

NEWCASTLE, New Hampshire – On Saturday, June 18, just after 4 p.m. NH E-911 received a call of a boat on fire on the Piscataqua River, near Little Harbor in Newcastle, NH. New Hampshire State Police – Marine Patrol was notified and on scene within minutes.

The vessel, ‘Elusive’, a 70-foot 2007 Marlow, was heading toward Wentworth Marina when a passenger noticed black smoke below deck. According to passengers, within minutes the boat completely filled with smoke. Three passengers, as well as two family dogs, jumped overboard as the boat became engulfed in flames.

were rescued by nearby boats and taken to shore. All three were transported to Portsmouth Hospital, where they were treated and released.

The vessel drifted out of the harbor with the outgoing tide across the state line into Maine. Efforts by several agencies to save the boat were unsuccessful. Within two hours of the initial call, the boat sank in waters off Kittery, ME.

Anyone who was a witness or has information related to this incident is encouraged to contact New Hampshire State Police – Marine Patrol Sergeant Stephen O’Connor at Stephen.J.O’Connor@dos.nh.gov or (603) 227-2117.