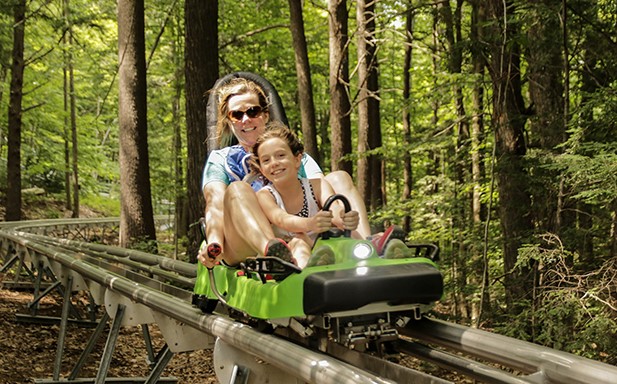 Of the numerous issues that lodgings, restaurants, and attractions face, the shoulder season offers one of their greatest challenges.

A shoulder season is a period between “peak” and “off-peak” seasons, or what Mike Somers, president and CEO of the New Hampshire Lodging and Restaurant Association calls “the time between mud and twigs.”

In actuality, the specific timing of peak and shoulder seasons varies depending upon the geographic location and types of activities offered.  Each specific destination attracts numerous visitors who are seeking specific settings, recreational outlets, and services. For example, peak season at beach resorts is commonly during the warm summer months. As the weather cools, so does the interest of visitors. So, if you’re interested in scuba diving, cooler months like October and November are the coastline’s shoulder season.

Meanwhile, for skiing destinations, warm months constitute their “low” or off-peak season. As an example, at ski resorts within the White Mountains, winter has represented peak season for nearly a century while, until several decades ago, summers were quiet periods on the ski slopes.

Off-peak is the time of year when a place is least busy or popular. In New Hampshire, this means the months of November as well as late March through April. Much of New Hampshire is fortunate to have what is tantamount to a second peak season in September-October, when the presence of brilliant fall foliage with a backdrop of dramatic glaciated landforms and crystal clear lakes attracts visitors from all over the U.S. and internationally.

Those of us who reside in New Hampshire are cognizant of the presence of thousands upon thousands of visitors during peak seasons. Those same people who sightsee, hike, swim, and shop, become our rivals in the search for gasoline, parking spaces, and groceries. While we recognize the importance of these visitors, residents heave a collective sigh of relief when they depart on Labor Day. During off-peak periods, some of us do quietly miss the excitement of new faces and events in our midst.

Outside of the travel industry, few people realize the importance of shoulder seasons in making or breaking an attraction or hospitality business. In a contemporary economy, very few destinations would be able to survive long without a sizeable infusion of cash during shoulder seasons.

From whom and how does this support come once the crowds of visitors have returned home? Somers tells us that the leading source of shoulder season clientele is local people. At the end of peak season, a symbiotic relationship develops between New Hampshire residents and the tourism industry. Granite Staters are aware that attractions and accommodations need to supplement their peak season incomes, and are ready, willing, and able to take the place of out-of-staters. Meanwhile, the businesses know exactly how to increase their likelihood of attracting locals: by reducing fares, entry fees, and room rates, by offering special events and package deals, and through clever marketing. However, there is a caveat—along with those benefits come stricter cancellation policies that require booking early.

The overall appeal is obvious. Shoulder seasons are less crowded, with the same combination of attractions and amenities—plus favorable weather—there to be enjoyed. So, when it comes to choosing the time of year to visit a resort, residents as well as out-of-state visitors should check out the value pricing offered during shoulder seasons.

Meanwhile, shoulder seasons have never been more important—or difficult—to accomplish. Following the pandemic, the hospitality and tourism industry is experiencing most of the same problems as the economy as a whole. Inflation has had a dramatic impact upon both the cost and availability of supplies that are vital to the tourism industry.

Mark Okrant’s The NH Travel Guru column returns to InDepthNH.org following a three-year hiatus. Mark is professor emeritus of tourism management & policy at Plymouth State University, having spent more than four decades as a tourism educator and twenty-five years as research coordinator for the state’s division of travel and tourism development. He is a past president of the prestigious international Travel and Tourism Research Association, and the author of fifteen books. The innovative Kary Turnell Mystery Tour is centered around his nine New Hampshire-based whodunits.